On the heels of adding defenseman David Farrance to their 2018 recruiting class, the Boston University Terriers have announced that they have secured a verbal commitment from Jake Wise, one of the top forwards in the 2000 birth year.

Wise has been a top player in New England for some time and gained notice while playing for the Minuteman Flames before playing up a year with the Middlesex Islanders. Wise was well coached at Middlesex by Coach Richard Gallant and scouts really started to clamour over him.

He was listed as a Youth1 Puck Prospect and most recently was a finalist for a “Youthee” award in the categories of Hockey Player of the Year and Athlete of the Year.

Moreover, he received high praise from respected Coach Chris Masters of the Boston Jr. Bruins who said, “he’s a really dominant player, and has been for some time now—since he was a mite, really,” adding “Jack Eichel was also a dominant player, but at the same age I think Jake might be slightly ahead of him.”

Wise was born and started playing hockey in Florida, but his parents are Massachusetts natives so he eventually returned to play in New England. He gained a lot of exposure with his breakout performance at the Quebec Pee Wee Tournament, where he set a tournament record at the prestigious event by scoring a total of 19 points.

“There is no doubt that [Wise] is a sure-fire NTDP/D-I prospect,” concluded Masters. 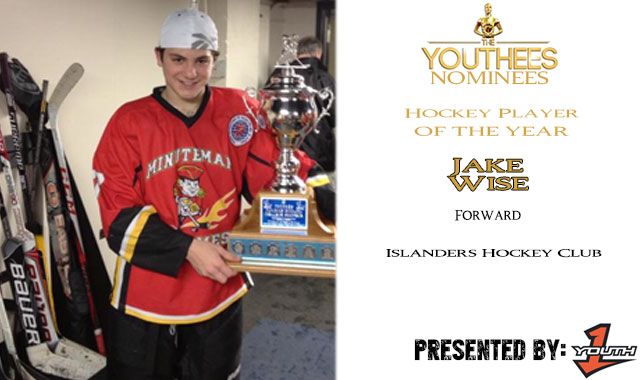