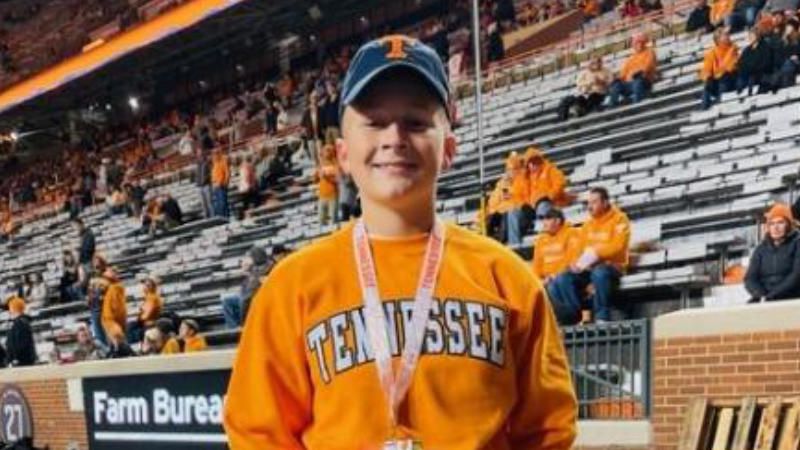 Class of 2028 quarterback Austan Cristiaan has established himself as one of the top quarterback prospects in his class early in his career. Cristiaan, a 5-foot-8, 150-pounder out of Florida, has been playing football for more than half of his life. Despite only being a fifth grader, Cristiaan has shown on and off the football field that he’s mature beyond his years. He threw for 21 touchdowns and one interception in seven games this past season. Cristiaan’s dedication to the game and becoming a better football player is something that’s manifested since he started playing football as a five-years-old.

“I’ve been playing football pretty much all of my life,” said Cristiaan. “I grew up around football and played with my grandfather as his house in the backyard.” His grandfather played football at Kent State and was one of the reasons why he became interested in football. “My grandfather is the reason why I fell in love with the quarterback position. He taught me how to throw and enhance my technique.”

Cristiaan has seen a lot of success on the football field early in his career. He’s been an MVP for his middle school football team in the past and has earned top performer awards at several camps including QB Universe camp and Gunslinger Challenge. One of the main reasons that Cristiaan has been able to produce great results on the field is due to his training with quarterback coach and former NFL player Ken Mastrole.

“He’s one of the best in my opinion,” said Cristiaan. “He’s the best quarterback coach in Florida. He’s coached NFL players and a whole bunch of other prospects.” Cristiaan had more praise for Mastrole. “He teaches you so much of the fundamentals and all of the mechanics that you need to know. He’s just a smart guy and he teaches you in the classroom as well.”

Cristiaan gets inspiration from a couple of other sources at both the collegiate and professional levels. Current NFL player Dak Prescott, quarterback for the Dallas Cowboys, is one of his favorite players. Cristiaan had an opportunity to play in an all-star game on two different occasions at the home of the Dallas Cowboys. “The experience was unreal,” said Cristiaan. “The Dallas Cowboys are my favorite team and Dak Prescott is my favorite player.” Cristiaan had the opportunity to meet Prescott recently at a football game and had nothing but great things to say about him. “He’s so respectful, he’s so patience, and he’s so kind to people. He treats you like you’re on his same level and he’s not cocky at all.”  Cristiaan also has admiration for former Ole Miss quarterback Matt Corral and says he’s one of the “most respectful” people he has ever met.

Dak Prescott and Matt Corral are both leaders for their team on and off of the football field. “The main thing about being a leader is showing by example,” said Cristiaan. “As a quarterback, you’re the leader of the team and you have to step up in big moments. You have to be the leader of the team.” Cristiaan’s talent and leadership skills helped lead his team to an undefeated record. Instead of taking a break after a successful football season, Cristiaan decided to compete in other sports.

Cristiaan has been very busy since the football season ended. He’s trying both basketball and football for the first time at the team level. “These are sports that I’m trying out,” said Cristiaan. “I’ve tried track before, but this is the first time that I’ll be doing it with my school. It’s the first time I’ve played for an organized basketball team too.” Multi-sport athletes are in high demand at the collegiate level and playing the extra sports can’t help but benefit Cristiaan as a football player in the long run. Playing additional sports won’t detract Christiaan from his main goal for this upcoming season. He has team goals (winning a championship and going undefeated and personal goals too."

“I’m trying to break my record for passing touchdowns this year and I’m going to try and get some running touchdowns as well. I want to personally work on getting to know all my teammates extremely well and be on the same page as them.”

Click here to check out Austan's profile on Youth1.