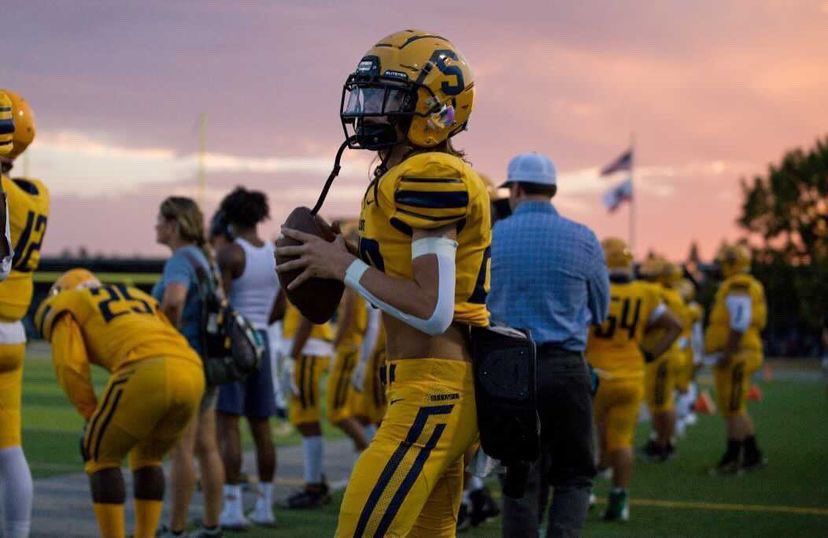 The state of California had several Class of 2025 quarterback prospects that put up numbers during the 2021 season that were better than those of a lot of seniors. While some of these freshmen have had opportunities to gain valuable starting time at the varsity level, others have gotten minimal to no time this past season. Youth1 takes an initial look at some of the top signal-callers in California’s 2025 football recruiting class. There are a few of these prospects that do not have current film such as Madden Iamaleava. Therefore, his grade may not be as high as it could be if he had some recent highlights available. However, he is one of several players that have already been identified by college coaches. Each player was graded in several categories including: Arm Strength, Delivery | Release, Mobility, Mechanics, and more. Here’s an initial look at some of the top Class of 2025 quarterback prospects from the state of California.

Becker has offers from Arizona, Florida State, Georgia, Kentucky, Louisville, Miami (FL), Penn State, and Texas A&M. Becker did get some varsity reps during the 2021 season. He completed 31-of-66 passes (47%) for 464 yards, two touchdowns, and four interceptions. Wyatt has all the tools to become one of the top quarterbacks in the nation. All he needs is some more experience at the varsity level. He plays at a school that faces tough competition during the season.

Esparza has offers from Charlotte, Florida State, Kentucky, Louisiana-Monroe, Louisville, Mississippi and Purdue. Only one other freshman quarterback in the state of California had a better year statistically than him (see Tanner Wilson below). Esparza completed 238-of-372 passes (64%) for 2,992 yards, 24 touchdowns, and 19 interceptions in 11 games. He’s a young quarterback that will have to work on making better decisions so he’s able to cut down on the interceptions.

Iamaleava has an offer from Tennessee. His older brother Nicholas Iamaleava is one of the Top 5 quarterbacks in the Class of 2023.  Madden currently does not have a lot of game film to go on right now. Once that changes, you can expect his overall grade to be increased.

McNulty has offers from Florida International and Louisville.

Tanner Wilson had the best year out of any Class of 2025 quarterbacks in the state of California. Wilson completed 215-out-of-303 passes for 3,260 yards, 31 touchdowns, and 11 interceptions in 10 games. His completion rate of 71% is great for any quarterback regardless of class. Wilson also carried the football 84 times for 424 yards and seven touchdowns. He may not have the offers but he clearly had the best freshman year season out of any quarterbacks on this list.