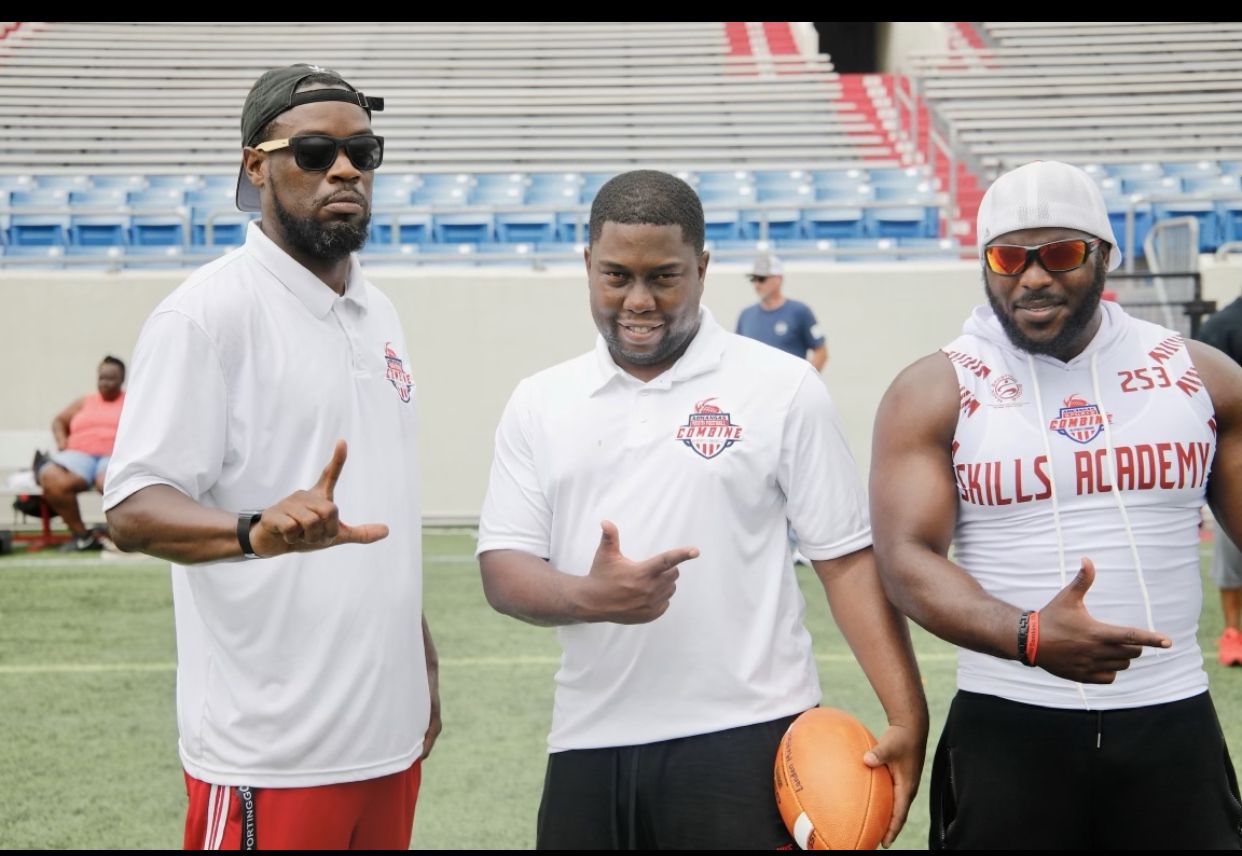 When it comes to youth football in the South, Texas is widely regarded as the No. 1 hotbed.

However, Arkansas is another state in the region that often gets overlooked but has a rich football tradition as well.

The Arkansas Sports Combine was created with the goal of putting the state on the map and shining a light on its promising prospects.

The next combine will be held indoors on Feb. 5 at Mills High School in Little Rock. Dominique McGrudder, the president and owner of the combine, says there’ll be 150 participants ranging from the third to eleventh grade at the event.

The total number of participants is being capped due to COVID-19 restrictions. The Arkansas Sports Combine was created in 2020 and reached a high of 225 participants at a July 2021 event.

McGrudder is proud of the strides the company has made since its inception.

“We’ve seen a good, positive impact on it since we started it in Arkansas,” McGrudder said. “The growth from last year to this year has been good.”

The combine will feature data tracking and tangible metrics from Zybek Sports in order to prepare the athletes for what to expect at the college and pro levels. Mike Zybek’s fully automated timing system has been used exclusively at the NFL Scouting Combine since 2011.

McGrudder believes the main benefit of this combine is the opportunity for the prospects to gain experience with the combine activities and testing.

“Being in Arkansas and being from Arkansas, one thing that I’ve noticed is that going to other combines and seeing the events at bigger stages around the state, that kids from our area aren’t used to those events and aren’t familiar with the drills,” McGrudder said. “This will get them familiar with the drills, plus the trainers that we have are experts in preparing the kids because they’ve trained NFL prospects around the state of Arkansas currently and in the past.”

The Arkansas Sports Combine will feature a variety of seasoned and savvy trainers, highlighted by former University of Arkansas football/track star J.J. Meadors.

Meadors is famous in the state for hauling in “The Catch”, a game-winning touchdown reception to seal Arkansas’ first victory vs. Alabama in 1995. Meadors tallied 10 touchdowns during his career at Arkansas.

Meadors was additionally a three-time national champion as a member of Arkansas’ track and field team.

Meadors has trained plenty of talented prospects, including wide receiver K.J. Hill, who was drafted by the Los Angeles Chargers in 2020.

Meadors is thrilled to make a positive impact in his home state.

“The main thing is that this is a launching pad for young talent in Arkansas,” Meadors said. “Our main goal is to bring Arkansas football to a national level. We want to provide the highest level of training available.”

Harris and Moua were previously selected to the Under Armour All-American combine.

Overall, McGrudder is effusive in his praise for the prospects in Arkansas.

“The youth level is the same as the University of Arkansas. We’re a blue collar state and a hard working state,” McGrudder said. “We have plenty of talent that may be overlooked because of the size of the market or because we’re a smaller state in the South.”

McGrudder says there’ll be another combine in April, followed by the skill academy in July, which will include training from football experts such as Clay Mack and Brandon Tucker.

The goal is to continue to grow the combine and become the premier showcase for Arkansas.

“We make this camp affordable for the kids in the state of Arkansas,” McGrudder said. “This will hopefully help grow that talent and to get more eyes on the student athletes here in Arkansas. We’re a grassroots program and we’re just trying to make it as big as possible. Our slogan is Recruit Arkansas.”