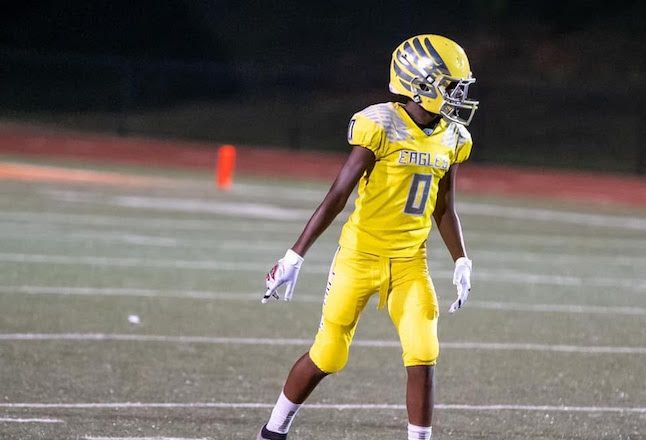 Therman Deon Moore III is one of the best players from the Center Point, AL area in the Class of 2025.

The 5-foot-9, 150-pound Moore III, who attends Erwin Middle School, is a dynamic player that works as a wide receiver, outside linebacker, and safety for the Center Point Eagles. 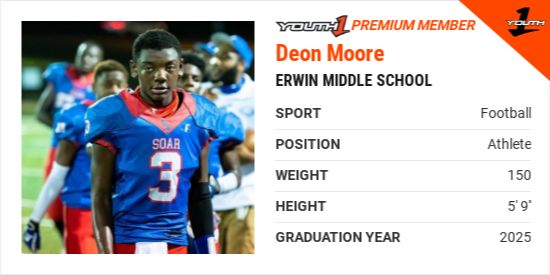 Moore III has earned plenty of recognition during his career, such as being a D1 Savage All-Star.

Moore III is humbled to compete against the best of the best.

“It means that I’m being recognized by people. They are finally watching and noticing me on the field,” Moore III said. “It was a great experience meeting and getting to know more people, learning new plays and how my teammates play. I loved it.”

No matter the opponent, every game Moore III is determined to give it his all.

Moore III is going all out.

The motor is always at full throttle whenever Moore III steps between the lines.

Moore III has great passion and energy whenever he’s on the field. Moore III tells why he enjoys the game of football so much.

“I love that one day I can make money playing football,” Moore III said. “I also love when the crowd cheers for me.”

Moore III has learned many valuable lessons from playing football that he applies to his everyday life.

“I’ve learned that everything doesn’t go your way and you sometimes lose,” Moore III said.

“When I caught a game-winning touchdown,” Moore III said. “People told me the coach said I couldn’t catch. We’re down 12-7 with 45 seconds left on the 40-yard line. Coach threw the ball to me four straight times and we won.”

Moore III takes his role as one of the leaders on the team very seriously. Moore III makes sure he’s a daily positive influence on his peers.

“I demonstrate being a good teammate by congratulating them when they do something good. I try to pick them up when they make mistakes,” Moore III said. “The best advice I give is telling them it’s okay and you will do better on the next play.”

Moore III is appreciative of having amazing male role models that are supportive.

“I’ve learned a lot like school comes before sports and not one person can run a team by himself,” Moore III said. “The best advice I’ve gotten is you can't score every play. Three or four yards a play is great.”

Moore III patterns his mentality after these standouts.

“I look up to DeAndre Hopkins because of his route running. He always finds a way to get open,” Moore III said. “I also like watching Minkah Fitzpatrick because of how he reads plays and hawks the ball down for interceptions.”

Moore III lists science as his favorite subject in school.

“Everything in the world comes from science,” Moore III said.

“My dream college would be Alabama,” Moore III said. “They win and then the ones that come out of Bama play great in the NFL. It is also close to home.”

Moore III is striving for greatness in all that he does.