2025’s Brodie McWhorter is the embodiment of leadership and selflessness

2025’s Brodie McWhorter is the embodiment of leadership and selflessness 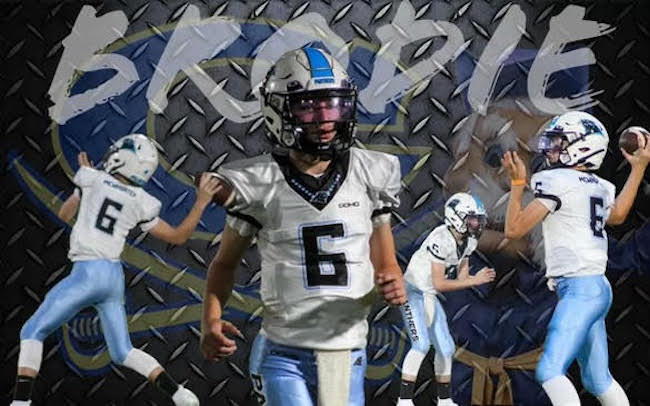 Brodie McWhorter is a quarterback from Georgia to be on the look out for from the Class of 2025. 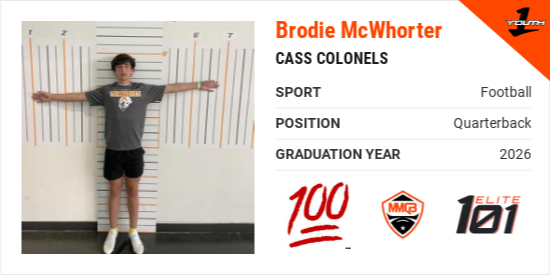 McWhorter relishes the brotherhood and bond with his peers on the gridiron. It’s what makes the game of football so special to him.

“What I love the most is just having the ability to be out there with the guys and having great teammates,” McWhorter said.

McWhorter’s most memorable moment came when the 13U Panama City Beach Pinnacle finished undefeated and captured a national title.

“My favorite memory of playing is when we won the national championship in Florida because it was great to see all my teammates playing their hearts out and wanting to win and the atmosphere was incredible,” McWhorter said.

“I look up to Patrick Mahomes, because he’s a great passer that runs whenever he has to and he enjoys the game and has fun out on the field,” McWhorter said.

McWhorter’s best game last season was against the Georgia Storm, as he completed 15 of his 19 passes for 280 yards, along with 3 passing touchdowns and 1 rushing touchdown.

McWhorter already has goals for himself when he gets to high school and they’re team-based, not individually oriented.

“My 2 main goals for high school are to win a state championship and beat rivalry schools in my county,” McWhorter said.

McWhorter’s academic interests are also beneficial on the football field.

“My favorite subject in school is science because it runs with the game of football,” McWhorter said. “For example, it has to do with speed,acceleration,velocity, and energy.”

McWhorter treats the game of football as an opportunity to hone in on life lessons.

“Football teaches you to never take anything for granted because you never know when your last play is,” McWhorter said. “So play every play like it’s your last.”

McWhorter gives plenty of encouragement to his teammates to make sure his squad is on the same page.

“I demonstrate being a good teammate by making sure everyone has a good attitude and picking other teammates up and trying their best,” McWhorter said. “The best advice I’ve given to my teammates is to not get down on themselves and if they make a mistake move on to the next play.”

McWhorter is well aware that he needs to be an extension of the coaching staff.

“I try to make sure I’m a coach on the field and everyone knows their assignments so they can be the best player they can be,” McWhorter said.

McWhorter has gleaned a ton of knowledge from his coaches.

“I’ve learned that I need to have a good attitude at all times because if other players see that I have my head down or have a bad attitude, they’ll follow my lead since I’m the leader,” McWhorter said.

When the time comes, McWhorter has his sights set on playing collegiately for the defending national champs.

“I’ve always liked Bama so that would be my top choice,” McWhorter said. “I’ve also always liked SEC football but at the end of the day I’ll play anywhere that offers me a scholarship.”

McWhorter is steadfast about grinding to sharpen his abilities.

“The workouts I do to improve my game is I go to Athens every other Saturday and work with Jon Richt on QB training,” McWhorter said. “I work on speed and agility at Fury Performance and do weights every day at school and after school.”

McWhorter is proud of his individual feats but is quick to deflect the praise to his peers.

“It means a lot but I couldn’t do it without my team,” McWhorter said. “If I didn’t have my O-Line I wouldn’t be able to get the ball off in time and if I didn’t have running-backs and receivers that can make plays, I wouldn’t have all the stats and recognitions that I have.”