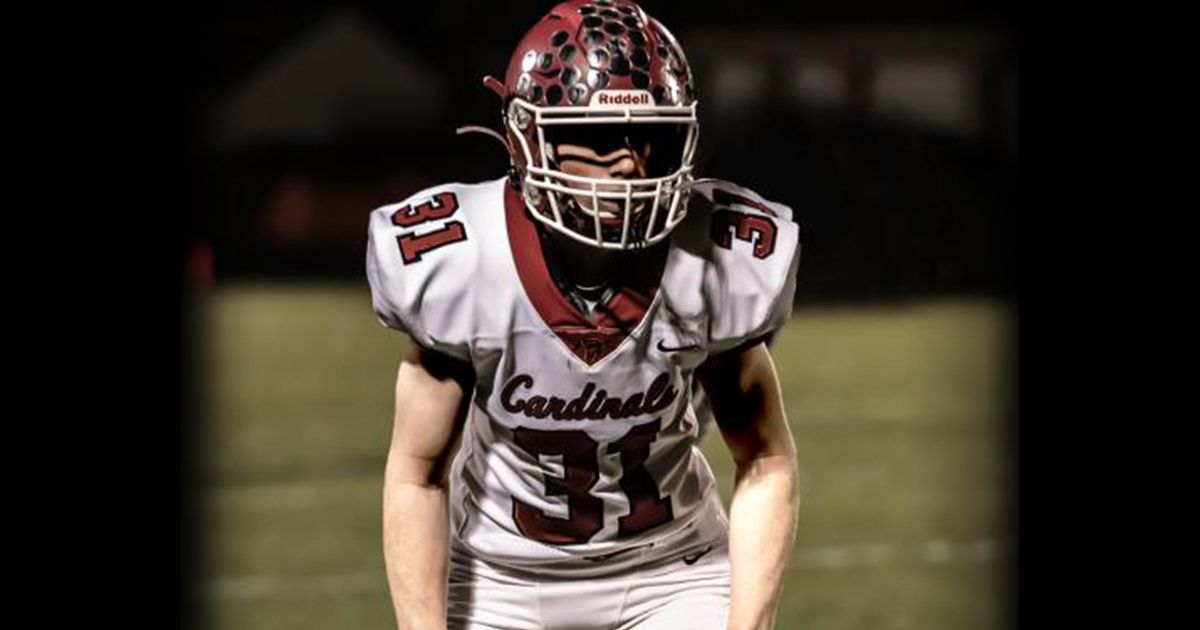 Class of 2025 wide receiver Will Packard has recently completed his first freshman football season at Prescott High School in Wisconsin. Packard’s steady improvement during the season eventually earned him a starting position on the varsity team midway through the season. “Playing varsity as a freshman was an amazing opportunity to experience the game at a the varsity level,” said Packard. This will help me and my teammates over the next few years. As a sophomore, I think I will have a big role as a leader.”

Prior to the start of his high school career, Packard had a lot of success on the field as an eighth-grader. During his eighth-grade season, Packard caught 10 touchdowns.  He’s also had an opportunity to show his skills at camps such as the IMG Football Camp, IMG Elite Futures Camp, FBU Showcase, and the Jeff Trickey Quarterback and Wide Receiver Camp. Packard has already set some goals for both the offseason and his sophomore year.

“My goals are to get more carries, yards, make the playoffs, and to score 8-plus touchdowns,” said Packard. “I also want to get my 40-yard dash time down to 4.7 and get my power-clean up to 215 pounds by next season.”  Packard says he plans on attending college camps during the summer of 2022. He has a major interest in two schools in particular: Wisconsin and North Dakota State. “The University of Wisconsin would be my first choice,” Packard said when asked what college program he’d like to be a part of in the future. “We’ve gone to some Badger games and they are awesome. I also like NDSU or any big programs in the Midwest.”

As Packard reflected on his past season, he acknowledged how much he’s looking forward to next season. “This season was fun and I’m even more excited for next year. I had a lot of seniors that were great receivers that I was able to learn from.  I was able to also share route-running tips that I learned from camps with them. I learned that the key to my success this season was working hard, working on technique, and working hard during the offseason. I also learned that I need to get bigger and continue to hit the weights and the speed ladder. I want to get faster.”

Packard has a goal for himself that motivates him to put in as much work as possible.

“I want to keep working hard so I can play college football.”