2024’s Jonathan Payne is a promising prospect with blazing speed

2024’s Jonathan Payne is a promising prospect with blazing speed 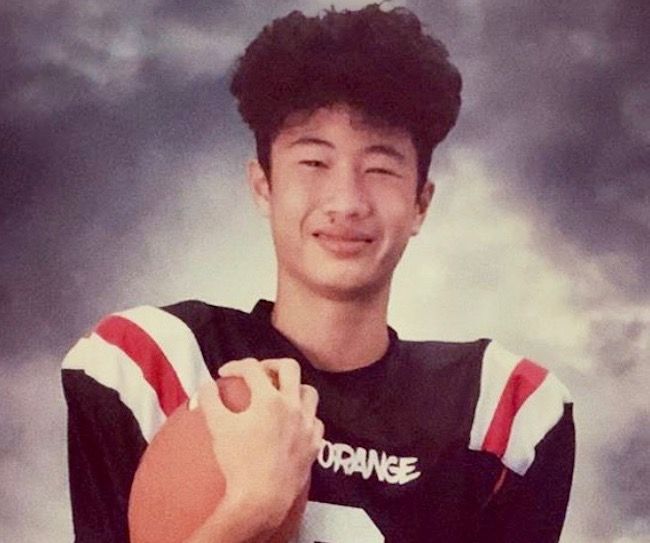 Jonathan Payne is one of the best players from the Orlando, FL area in the Class of 2024.

The 5-foot-10, 126-pound Payne, who attends Timber Creek High School, is a dynamic player that works as a cornerback and wide receiver.

Payne has earned plenty of recognition during his outstanding career, such as participating in FBU.

Payne is humbled by the accolade.

“I’m trying to get more exposure and be one of the top players in the nation,” Payne said. “It was fun, exciting, competitive, and new to me.”

No matter the opponent, every game Payne is determined to give it his all.

Payne is going all out.

The motor is always at full throttle whenever Payne steps between the lines.

“My mindset is to beat anyone coming to my side every play,” Payne said.

Payne has great passion and energy whenever he’s on the field. Payne tells why he enjoys the game of football so much.

“I love the competitiveness and the contact/impact of a clean tackle,” Payne said.

Payne has learned many valuable lessons from playing football that he applies to his everyday life.

“I have learned that you can’t get what you want without working for it and that there are difficult challenges in the world that you have to overcome,” Payne said. “ Don’t give up — have the strength and determination to keep going.”

“My favorite memory of football was getting my first interception because it was my first pick and it motivated me to play the corner position,” Payne said.

John Kendall has coached Payne for two years with the East Orange Falcons.

“WR: speed, route running, hands. DB: speed, hands, understanding situations in down/distance,” Kendall said “Has good footwork for the skills of DB/WR. Understands how to place himself to be a factor in situations, especially reading a safety for route running or shutting down a passing window as a DB.”

Payne takes his role as one of the leaders on the team very seriously. Payne makes sure he’s a daily positive influence on his peers.

“I demonstrate being a good teammate by showing others that you have to work hard every play, always pay attention to coaches and be focused in practice,” Payne said. “I told my teammates that you have to do your job and execute it to your potential, then we will be a winning team.”

Kendall adds that Payne is one of those consummate teammates that every squad needs to be successful.

“He leads by example. Always working hard, giving you maximum effort,” Kendall said. “Other players see this and push themselves even harder.”

Payne is appreciative of having amazing male role models that are supportive.

“I’ve learned that I have to be confident and always push through hard times so you can achieve what you want,” Payne said. “My coach said that dead feet is dead meat. It means that you can’t stop your feet each play and when you're defending or tackling someone. If you do stop then you will get pushed around and get run over.”

Kendall is an advocate of Payne’s capabilities.

“Ways that he makes plays: Running across the field to make game saving tackles, breaking on ball for interceptions, reading DB’s to gain distance as a WR to make the QB’s throw easier, making a hard catch look easy (high pointing the ball) and using his speed to outrun defense to goal line,” Kendall said.

In addition to making clutch plays, Payne is developing a high level of football IQ as well.

Payne is growing into excellent football awareness that puts him in position to thrive.

“He understands situations and what to expect on looks from the defense/offense that he is going against,” Kendall said. “He uses his IQ of situations to place himself in positions to always make a play for his team.”

Payne is on the grind to perfect and hone his craft in any way possible.

“He always comes early to practice to work on catching/route running with the QB,” Kendall said.

Kendall explains why he compares Payne to this player.

Payne patterns his mentality after these standouts.

“I look up to Kam Chancellor because he was one of the hardest hitters on the field and people were scared,” Payne said. “Also, C.J. Henderson because he is a lockdown cornerback.”

Payne is constantly striving for greatness in everything that he does.

“My goal is to become a better person and learn how to overcome difficult challenges by myself,” Payne said.

“I want to play at the University of Florida because they are known for DBs,” Payne said.

Payne lists social studies as his favorite subject in school.

“I like to learn about the law and our U.S. history,” Payne said.

Kendall lists the improvements that will take Payne’s game to the next level.

“Understanding defensive looks, giving him the thought pattern of players in those looks and how they are playing in the picture,” Kendall said. “With those adjustments then can he make himself more of a target at WR.”

Kendall believes the sky is the limit as long as Payne continues to stay hungry.

“Right now with his speed and hands ability, he could potentially be a Division I player in the future with improvement of skills throughout his high school years,” Kendall said.