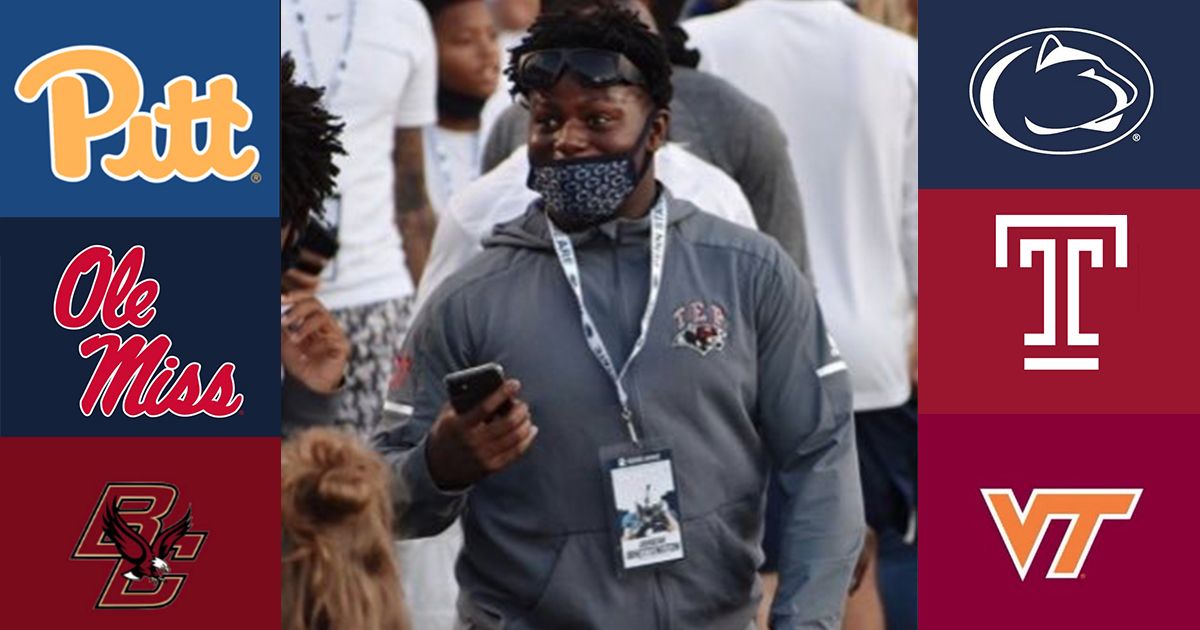 You don’t see too many high school football players go from running back to linebacker to defensive lineman in a span of a few years. But, that’s what Class of 2024 defensive lineman Jah’Sear Whittington has done. Whittington, a 6-foot-2, 255-pounder out of Philadelphia, has put in a lot of hard work on and off the field over the past couple of years. He has transformed himself into one of the top defensive linemen prospects in the northeast. Whittington has offers from Boston College, Ole Miss, Penn State, Pittsburgh, Temple and Virginia Tech. With what I know about his football background, it’s not surprising that he’s been able to transition to different positions on the high school level.

“I started playing football when I was around four or five years old,” said Whittington. “After that, I just fell in love with the game. I played every position growing up.”

Whittington has come a long way in a short time when it comes to his recruitment. Imhotep Charter, a high school located in Philadelphia, did not play last fall due to the Philadelphia Public League postponing its season until last spring due to COVID-19. At that time, Whittington was able to get in a few games at the linebacker position. Imhotep Charter is one of top football programs in Pennsylvania. He played on the varsity level as a freshman. Fast-forward to this season and now Whittington is playing on the defensive line. It’s no secret as to why he has had a lot of success so far with the position-switch from linebacker to defensive lineman.

“I worked on a lot of pass-rush techniques just to get the basics down for defensive line because I had just switched positions,” Whittington said when asked how he prepared for this season. Obviously, the Imhotep coaching staff, his teammates, opponents, and college coaches can see that he’s become a force early in his career on the defensive line. As you can imagine, Whittington is happy about the way his high school career and recruitment are going so far.

“It feels great to know that I can go to school and play football at a high-level program for free. It’s just a blessing to hear a coach tell me that they have offered me. It’s a dream come true.”

I’ve been observing the last few seasons of Whittington’s path from the youth-level to the high-school level. The once consistent factor has been his enthusiasm to put in the work needed to be great and be a team-player. This past spring, Whittington played the linebacker position. At his size, I thought he moved around well and showed great footwork. A lot of that may have to do with the fact that he played a skill position, running back, at the youth level. He could’ve been a good linebacker at the high school level. However, Imhotep’s coaching staff had the foresight to see that his highest ceiling defensively would be as a defensive lineman. From the looks of it, the position-switch is paying off for both Whittington and Imhotep Charter.