2023 standout Damon Ward continues to dominate in the trenches

2023 standout Damon Ward continues to dominate in the trenches 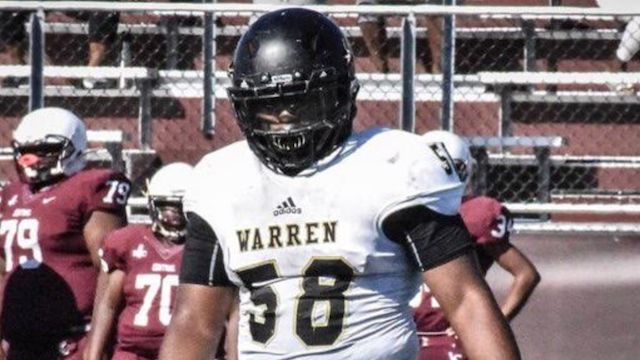 Among the elite talents in the 2023 class, is OL/DL Damon Ward, who has built a reputation for his dominance in the trenches. Ward, who has been named to both Youth1's Elite101 Rankings and Freshman450 list, is no stranger to receiving accolades for his stellar ability on the football field. 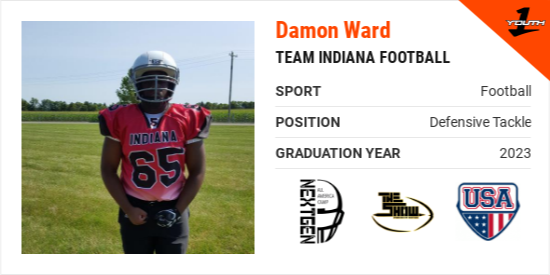 Ward is a warrior in the trenches, with his ability to wreak havoc on his opponent. Each down, Ward is ready to battle for each inch of space as he makes his way to the quarterback or ball-carrier to make a play.

"My main position is defensive lineman. I love playing in the trenches because we control the game," Ward told Youth1.com.

"Being able to apply pressure to the quarterback, and imposing my will on offensive lineman motivates me to always work endlessly to be the best," he added.

Standing at 5'9" 225 lbs., Ward is a tough-nosed physical presence on the interior of the defensive line. He's a hunter on each down, as he relentlessly pursues the ball until he catches his prey. Ward's technique is superb. He uses his hands to quickly engage and shed the opposing lineman, then locate the ball. He's a bear to deal with for his opponent.

"Going into the offseason of my freshman year I knew I needed to get stronger. My dad told me from day 1 to make my strength coach a priority," Ward said.

"I have made tremendous gains. I’m benching over 225 and squatting at 405 max. My explosion off the line of scrimmage will be that much more enhanced as I continue to get stronger," he added.

"My freshman season was a huge success. We were undefeated. I led the team in sacks with 12 and all defensive linemen in tackles," Warren said.

"I was moved up after a few weeks during the season to work with the varsity team. It was a tremendous honor because that doesn’t happen often at a football powerhouse like Warren Central," he added.

Here are some of his strengths, in his own words.

"Some of my strengths on the football field are my intelligence, quickness of the ball, my ability to clog up space to stop the run, and I consider myself an elite level pass rusher for an interior defensive lineman," Ward said.

Warren vows to continue to progress and get stronger.

"Getting bigger, faster, stronger, and smarter," Ward said of things he plans on working to improve.

"I excel in all 4 as a freshman in high school, but I know to be elite I must continue to train and constantly study the game to progress into the player I want to be," he added.

2023 OL/DL Damon Ward is a young athlete that shines in the trenches. He's the type of guy you want to go to war with each and every down. Just know he's striving to be the best.

"My favorite part about playing football is developing to be the best player I know I can be. My goal is to be All-State and ultimately one of the best in the country," Ward said.

For more on Damon Ward, check out his Youth1 Media Profile -> here.