2020 RB Jase McClellan discusses his decision to commit to Oklahoma

2020 RB Jase McClellan discusses his decision to commit to Oklahoma 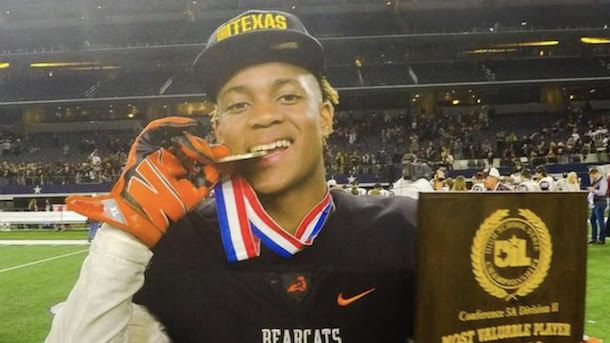 Earlier this summer 2022 RB Jase McClellan announced his commitment to play college ball at the University of Oklahoma. The Aledo, TX native announced his decision via twitter back in early August.

McClellan is one of 2020's most impressive athletes. Unsurprisingly, he was heavily recruited by some of nations top programs including Oregon, Georgia, Miami, Baylor, Michigan, Nebraska, TCU, Texas A&M, and Oklahoma State, among others.

With one of the biggest decisions of his young career already made McClellan, a superb running back that uses his size, speed, and power to takeover games, is now able to strictly focus on his game.

Youth1 recently spoke with Jase McClellan about his decision to commit to Oklahoma and what comes next.

Q - What was it about Oklahoma that made this feel like the right fit?

A - I felt a level of comfort as soon as I got there. I could tell the coaching staff cared about me not only as a football player but as a young man. Their passion to have me become a sooner made the decision easy.

Q - What made you want to commit Oklahoma right now, before your Sophomore year?

A - Over the past months since the season ended the recruiting has been kind of crazy. At the end of the day I still want to be a high school teenager and enjoy life. So I just wanted to go ahead and make the decision now and focus on other things. 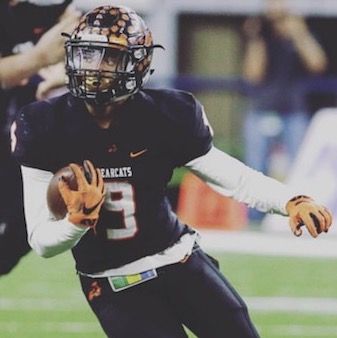 Q - What all went into your decision? (Who played a role in making it, did the Oklahoma coaching staff and/or current players or other recruits play a role in you want to play there?) (Did you consult with family and friends?)

A - My mom has been right there with me throughout the recruiting process. Her influences definitely played a major role. The coaching staff made her feel comfortable with me being a part of this program. When I visited the campus it felt like home immediately. All of those things will make it easier for me to be a student and an athlete.

Q - What specifically do you think you will add to the Oklahoma program once you get there?

A - Oklahoma has a rich legacy of high quality football players. I just hope to add my athleticism and instinct of the game to high a powered offense.

Q - What does this say about all the hard work and dedication to the game of football you've put in over the years?

A - Not much. This is just an opportunity given because of the work I’ve put in. That hard work can’t stop now. The journey is just getting started to be honest.

Q - How does it feel to officially know where you will be playing college ball in a few years?

A - Great. Now I can focus on other important things as a teenager.

A - I’m excited about the direction OU is going in and I can’t wait to be apart. Right now my focus is on being an Aledo Bearcat and helping my team repeat as state champs this year.

For more on Jase McClellan check out these articles --> here & here.

Adam Foley
Football | Defensive Back, Wide Receiver
Get your profile