6 Exercises that are a waste of time

6 Exercises that are a waste of time 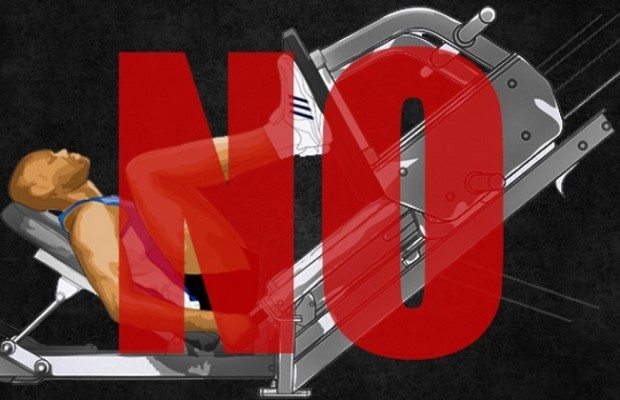 The chiseled abdominals and boulder shoulders you see on “that guy” in your gym may look impressive, but they won’t give him an advantage when he steps onto the field.

The exercises that develop those “beach muscles” can even detract from one’s athletic ability, for a pretty obvious reason: The body is more than a collection of impressive-looking parts. An athlete must know how to move those parts fluidly. That’s far more important than how any one body part looks.

You don’t want to perform like Mr. Bodybuilder Guy, so you shouldn’t train like him. Unfortunately, many popular exercises were derived from bodybuilder-style workouts, and they work your “show muscles” more than the “go muscles” that tie those parts together.

STACK got in touch with some of the brightest minds in training—Lee Boyce, Alan Stein, Sean Hyson and Steve Grosso—to identify some showy moves that are wasting your time, or worse, hampering your development—so you can strike them from your workouts today. Here are six exercises they identified as the worst offenders, along with a more effective replacement for each.

Why They’re Useless: “Direct calf training is very misunderstood,” says Sean Hyson, fitness director of Men’s Fitness magazine and author of The 101 Best Workouts Of All Time. “Calf Raises build the calf muscles but make them more apt to ‘pump up’ when running and jumping. This is a problem, as pumped calves can be painful to play on and can slow an athlete down.”

What You Should Do Instead: “Athletes who let their calves develop naturally as a byproduct of squatting, jumping rope, and their sports training usually [perform] better,” says Hyson.

Why It’s Useless: Sure, this one works. But it’s not especially useful for athletes. “[Decline Bench Presses] can help make muscles stronger or larger, but the move really doesn’t relate to sports,” says Lee Boyce, a Toronto-based trainer. “There are much more effective ways for an athlete to train the chest.” Think about it—in any game, when was the last time you had your knees bent, feet secured and back supported while you pushed an object upward? It just doesn’t happen.

What You Should Do Instead: Boyce recommends Standing Cable Presses (like the Standing Single-Arm Cable Chest Press), which offer a better approximation of moves you perform on the field or court, like pushing a defender away.

Why It’s Useless: Leg Presses “serve no functional purpose,” according to Steve Grosso, CSCS. “It strengthens some muscle groups, but [only] in a guided range of motion.”

What You Should Do Instead: Grosso suggests Single-Leg Rear-Foot-Elevated Split Squats. Athletic movements often require you to launch off one leg, and this exercise strengthens your ability to do that.

Why They’re Useless: You rarely ever pull anything with just your biceps. Most of the time, the larger and stronger muscles of your back are doing the majority of the work. The biceps just provide a little extra oomph. “Trainers tend to program Curls into an athlete’s regimen mainly as a way to keep him happy,” says Hyson. “In other words, guys like to do Curls, and bigger, more defined arms can contribute to a more intimidating look, which can give an athlete a psychological edge. But in terms of performance, they don’t help much at all.”

What You Should Do Instead: “The Biceps Curl is not the most effective way to build strength in [that muscle group],” says Alan Stein, owner of Stronger Team and former strength and conditioning coach for the McDonald’s All-American Game. “You want big, strong biceps? Do some Pull-Ups!” Also, incorporate moves like the Dumbbell or Barbell Row.

Why It’s Useless: It’s meant to build strength in your quadriceps, but like the other exercises on this list, it trains your muscles in a very limited range of movement. “[Leg Extensions] don’t serve much purpose as it relates to athletic function,” says Stein.

What You Should Do Instead: Stein recommends Front Squats or Lunges, both of which require you to balance your body in space, which is of the utmost importance in sports.

Why They’re Useless: “Even the most novice athletes should employ exercises that force them to control their body in space,” Grosso says. The Smith Machine doesn’t require you to do that. It takes moves that would ordinarily challenge your entire body—like the Squat and Deadlift—and strips them of much of their potency.

What You Should Do Instead: Use free weights for those big, challenging movements. Yes, they’ll be harder than they were when you were on the Smith Machine, but that’s kind of the point. If it feels too difficult, use a lighter weight.