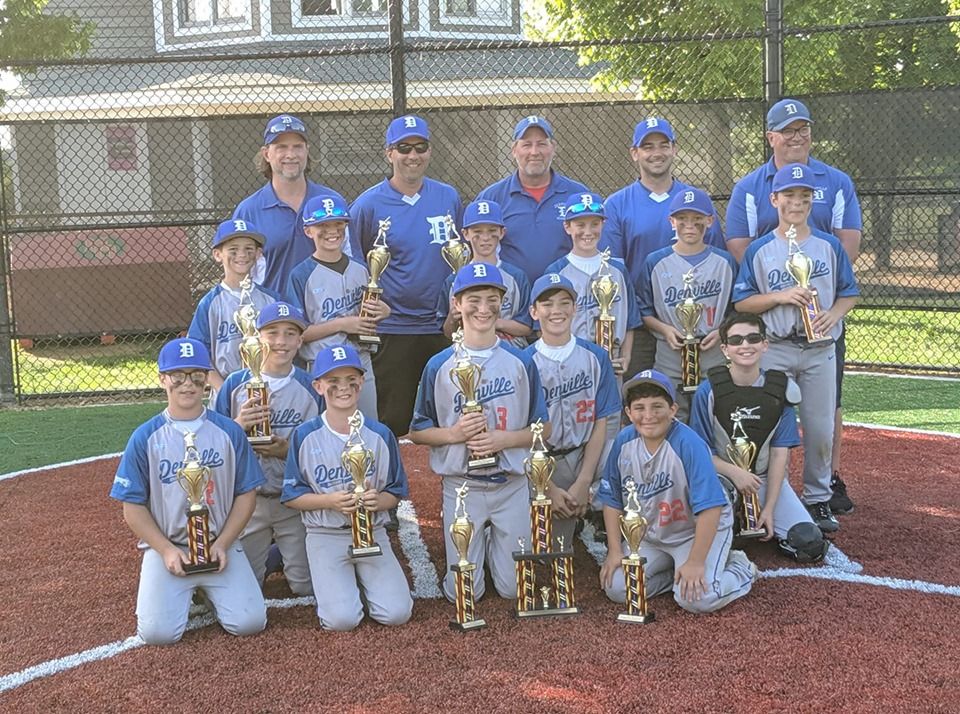 The Denville Swamp Dragons 11U baseball team has had quite the season this spring. Loaded with talent, this team has made the championship game in multiple tournaments this spring and just could not get over the hump. That all changed last weekend when they finally got over the hump and claimed their first title together as they earned 1st place in the Mount Olive Memorial Day Blast.

The tournament started out with a bang for the Swamp Dragons as they came out hitting and defeated Roxbury Township 8-4 in the first game of the 3 game round-robin. The second game they fought Kinnelon hard to a 1-1 tie. The final game of round-robin was as exciting as they come, at the expense of the Swamp Dragons, as Randolph Township walked-off in the bottom of the 6th with a two run single.

The Swamp Dragons ended their pool play with a record of 1-1-1, good for third place in Pool B. They would open up the playoffs with a game against the #2 team in Pool A, the host Mount Olive. Denville would score early and often, en route to a 14-4 win. The semi-finals were next and the Swamp Dragons would be looking for revenge against the team that handed them their only loss of the tournament, Randolph Township. With the championship game in sight, Denville forgot about the earlier round-robin defeat and cruised to a 12-4 victory, setting up a championship game vs Sparta.

In the championship game Denville, as they did all tournament long, came out strong. In the first inning Dean Kaletcher drove in two runs to give them the early lead. In the second inning they scored 3 runs to extend the lead to 6-0, led by doubles by Ryan Kuehne and Jack Bertram.

Kaletcher, who was pitching for the Swamp Dragons, threw for 3 innings, allowing only 2 hits, striking out 4 batters and walking none.

This tournament was truly a team effort as each game saw contributions from different players. Denville opted to play and bat all 13 players in their lineup, while many of the other towns wanted to turn their line up over more quickly and only batted 10 and had kids on the bench. Denville also used 6 different pitchers over the course of the tournament. A true ‘Team” effort.

*Contributions from the article courtesy of Jeff Bertram