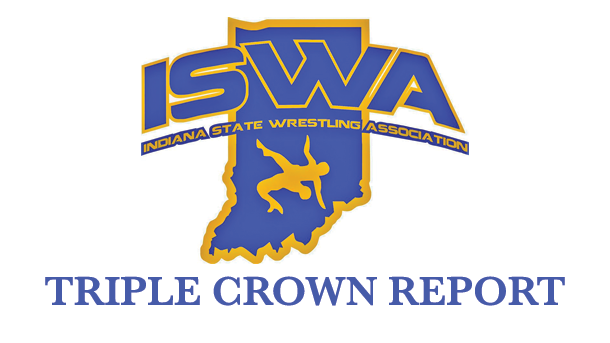 In our next USA Wrestling Triple Crown state spotlight, we take a look at the schoolboy wrestlers who earned an Indiana Triple Crown.

Dickman captured the Folkstyle title in dominating fashion as he won three of his four bouts by fall. He followed that up by winning both the Freestyle and Gerco events in May to win a 2019 Indiana Triple Crown.

Hockaday posted a perfect 5-0 record en route to his Folkstyle state championship. He won both the Freestyle and Greco events by going 3-0 in each style.

Johnson won three of his five bouts by fall on his way to Folkstyle gold in March. He followed that up by winning all six of his Freestyle and Greco events by tech-fall.

Ruhlman dominated the Folkstyle championship as he pinned his way to the finals before he won his fifth and final match by a 2-1 decision over Keegan Williams of Mauer Coughlin Wrestling Club. In May he posted a perfect 7-0 record across the Freestyle and Greco event to claim the 2019 Triple Crown.

May is one of the top youth wrestlers in the state as he owns an Indiana Triple Crown and a USAW Folkstyle National Championship. He won four Folkstyle events by fall before winning the gold with a 9-0 major. He then won six of his seven bouts in the Freestyle and Greco event by tech-fall.

Hammond pinned his way to the 187-pound Folkstyle championship and did the same in the Freestyle event. During the Greco championships he won one bout by fall and the other by tech-fall.