Get to know the Milwaukee Sting volleyball team

Get to know the Milwaukee Sting volleyball team 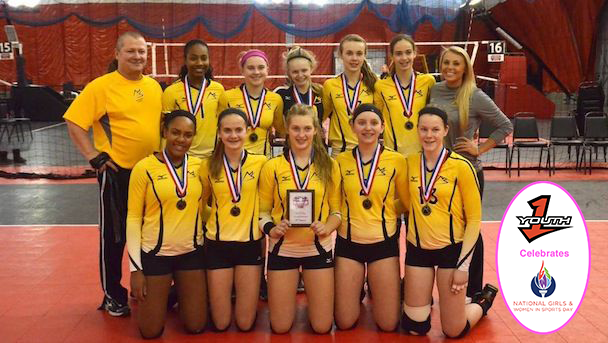 Stories? These folks have some stories.

This one from Jenny Hahn, founder of the Milwaukee Sting Club Volleyball Team.

"On a trip to Poland, where we stopped at a park for an evening water/laser show, Hahn related. "We lost the girls but found both the Polish girls and the American girls on a stage re-enacting scenes from Grease."

And here's a quick one from Brad Van Dam, a coach and a board of directors member: "Have you ever watched 5-year-olds play volleyball? It's totally crazy."

Hahn was a typical volleyball parent back in 1989. Her daughter was 15 and was a volleyball enthusiast. Hahn thought the coach at a local club was terrific but wasn't pleased at all with how the club handled its business. So she departed and formed the Milwaukee Sting. So, four teams joined up in that first year. It's now 24 teams in the national club program and eight more in the Wisconsin program. Add eight more boys teams and a youth academy.

Hahn prided herself in building up a collection of gifted volleyball coaches in the early goings of the company. One of them came from San Diego. Van Dam was immediately impressed with the coaching staff. They took time to teach Van Dam the ropes and how the Sting operated.

Hahn seems most proud of how her coaches and alumni still keep in touch.

"The Sting has many former coaches in the collegiate ranks and the majority of our kids have gone on to play in college,'' Hahn noted. One of the things that I am most proud of is the amazing and successful careers that so many of our alumni have. We also have many alumni back coaching a team or watching their kids play for Milwaukee Sting."

Van Dam agrees its best that the younger players stay close to home. As in it's not fun to travel 12 hours with 6-year-olds. For the older players, the AAU Nationals are in Orlando. Several times a season, the Sting takes trips to Ohio, Illinois, Kentucky and Minnesota for tournaments.

This is not a club that rests on its laurels.

Two years ago, the Sting turned into drills into competitions. And this season, they offered 4-people teams where players could bring in friends to form a team. They also made changes to the net size.

"It was ugly at first,'' Van Dam admitted. "And we certainly continue to adjust the game to make sure kids have both success and learning opportunities. We would never gotten here if Sting did not keep asking what we could do to make it better each year."

Last April, the Sting opened a state-of-the art volleyball-only center in town. The facility hosts eight TaraFlex courts that is the first in state of Wisconsin. The playing surface is the same that was used in the Rio Olympics.

Van Dam caught Sting fever before his daughters were ready to play this sport.

“One of the special things here is that each coach has the opportunity to add their own flair to the program’’ Van Dam said.  “Players learn more than one way to succeed from some very successful and diverse staff.”

Hahn, herself, seems to be a lifer. She coached for 20 years after founding the club. She’s still on the board of directors. Now she’s back coaching an U-12 team. Her daughter is an assistant coach on that squad. And her grand-daughter is a member of that team.

“Quite a nice circle of life,’’ she said.

Ok, one more story from the founder of this most successful program. Yes, they actually had to fire a parent chaperone for holding a séance with team after curfew.

“These stories are from a coach, and there are a million,’’ Hahn reflected “And you know what, those are the things the kids remember more than the wins and losses.”