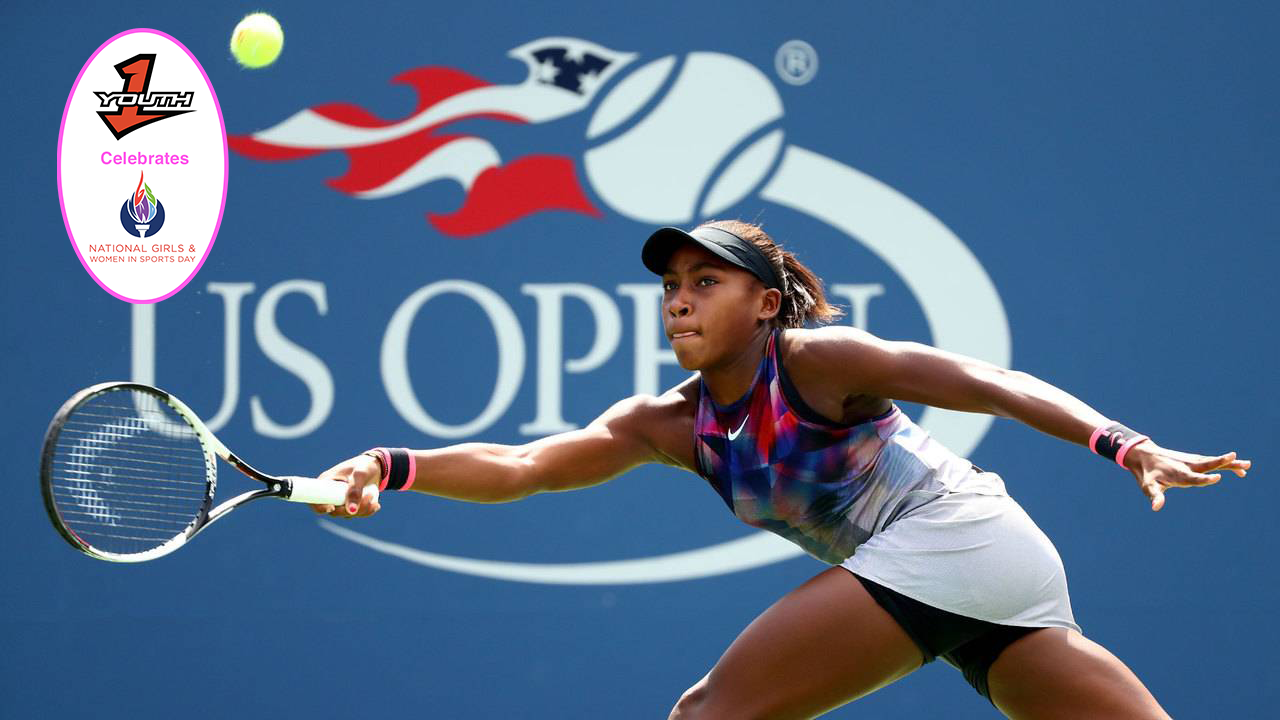 She's only 14, but Cori Gauff has already been dubbed the "first tennis star of her generation."

Despite her tender years, Gauff 's star appeal is so great within the tennis world that she has just signed a multi-year endorsement contract with a leading sportswear manufacturer.

"I want to be a role model to as many young athletes as possible," Gauff said in a statement released by New Balance on Wednesday.

"Still to this day, I watch my role models on TV and it motivates me to one day be able to play on the biggest stage."

Gauff is one of the few junior players who has her own agent and is represented by Alessandro Barel Di Sant Albano of Team 8, the agency formed by Roger Federer and his long-time agent, Tony Godsick.

Barel Di Sant Albano confirmed to CNN that this was the first endorsement contract Gauff had signed. Her team of advisors had already received several endorsement offers for Gauff, but turned them down to give her time to focus on her tennis first.

Having burst onto the scene a year ago at the US Open, where she became the youngest girl to reach the final at the age of 13, Gauff won her first junior grand slam title at Roland-Garros in June and became the youngest ever junior world No. 1 after Wimbledon.

Nicknamed "Coco," Gauff's achievements earned her a wild card into this year's US Open qualifying draw where she lost to Briton Watson.

The American, who has played just two senior events and has a WTA ranking of 874th, is widely considered to be one of the most talented players of her generation.

But Gauff will have to wait at least four more years before she will be able to realize her full potential.

Sport's "age eligibility rule," which forms part of the player development program on the women's WTA Tour, limits the number of tournaments teenagers can play to prevent early age burn-out.

It's a rule that has drawn criticism, notably from Serena Williams' coach Patrick Mouratoglou, who has been guiding Gauff since he first spotted her at the age of 11.

"This is completely unfair to players who are able to achieve something at that time of their life and career," Mouratoglou told CNN Sport earlier this year. "This is against diversity; I think tennis is interesting because it's diverse."

The age rule was brought in following a number of cases of burn-out of high-profile players, most notably Jennifer Capriati, an American teen prodigy who turned pro at 13, reached the top 10 at 14 and became an Olympic champion at 16 at the 1992 Barcelona Games.

A global star and millionaire at 13, Capriati struggled with her sudden rise to fame and fortune and by the time she was 18, her career had been derailed by off-court problems including arrests for shoplifting and marijuana possession charges.

Although she staged a successful comeback in her mid-20s, clinching three majors in 2001 and 2002, her meteoric rise wouldn't be possible today.

These days players aged 13 or younger can't play any events on the WTA Tour, the ITF women's circuit, the Fed Cup team event or the Olympics.

At 14, girls are allowed to play up to eight pro events a year, in addition to a maximum of 18 junior tournaments, an allocation which gradually increases with each birthday until the player turns 18, when they are free to play in as many events as they want.

This means Gauff, who has played two senior events since her 14th birthday, has six more left to enter before she turns 15.