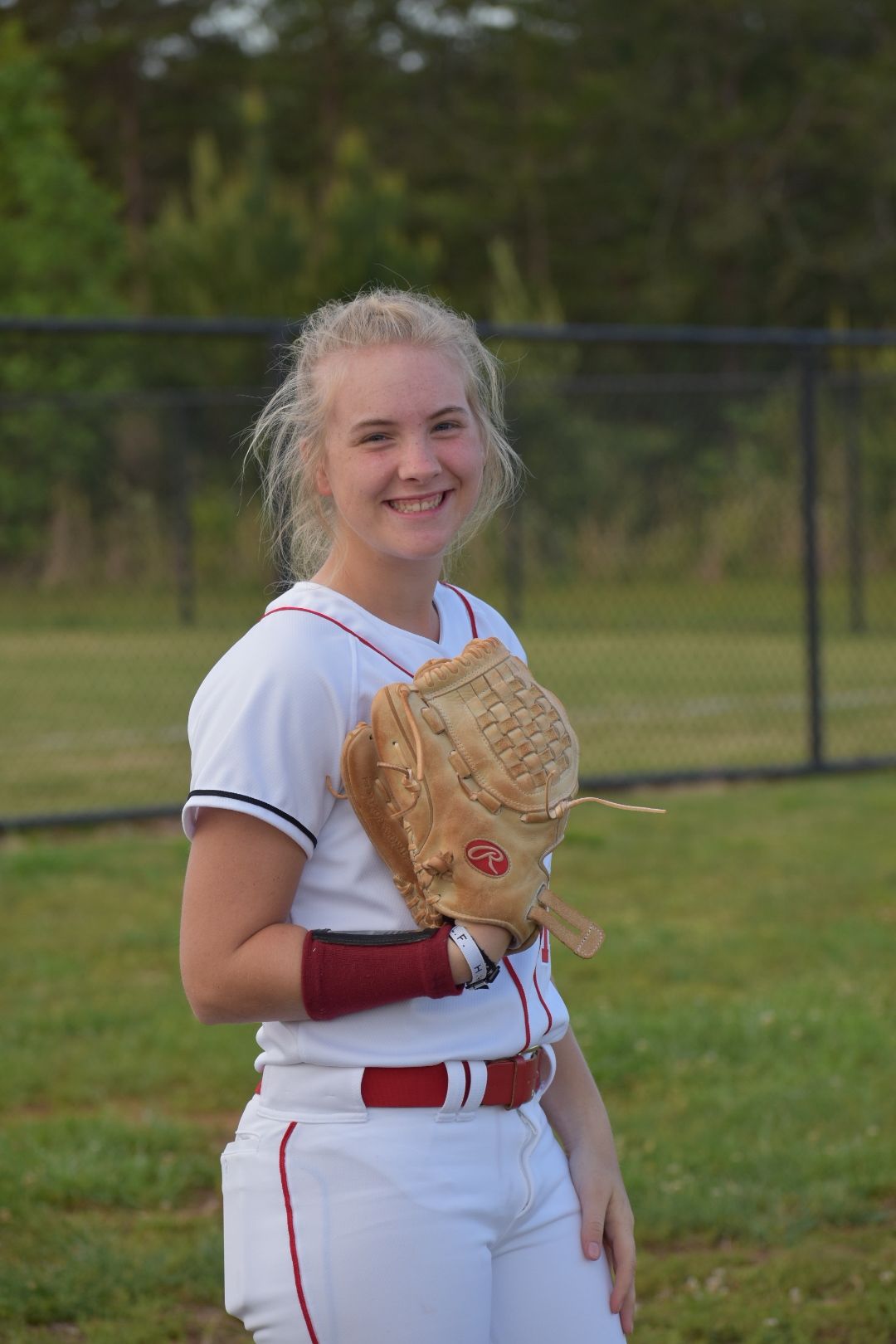 Madilyn Cochran is one of the best softball players from the Atlanta, GA area in the Class of 2021.

The 5-foot-6, 135-pound Cochran, who attends Whitewater High School, is a dynamic player that works as a first baseman and outfielder.

During her outstanding youth softball career, Cochran has already received plenty of recognition, such as capturing Defensive Player of the Year (2017) and Most Improved Player (2018) as well being as an All-Star, All-County, and All-Region selections.

Cochran is humbled for the opportunities to showcase her skills.

“These awards help me to realize how far I've come throughout my years playing softball. It's good to know that there are people who notice my accomplishments and allow me to showcase the talent I have,” Cochran said. “Playing in the All-Star game in Colorado with girls from all over the country was such a unique experience. We became a team like we all already knew each other. When I got hurt during the game, several girls ran out onto the field to help me off. Even though we only knew each other for about two hours, those girls became like some of my closest friends.”

No matter the opponent, on each play Cochran is determined to give it her all.

Cochran is going all out.

The motor is always at full throttle whenever Cochran steps between the lines.

“While I'm playing my position, I try to focus on nothing but the ball. I always try to cheer on my pitcher to keep her as calm as possible whenever she gets flustered,” Cochran said. “My mindset is always see the ball, field the ball, make the play.”

Cochran has great passion and energy whenever she’s on the diamond. Cochran tells why she enjoys the game of softball so much.

“My favorite part about playing is the adrenaline rush I get whenever I hit a hard ball and I can hear my teammates screaming at the top of their lungs as I run around the bases,” Cochran said.

Cochran has learned many valuable lessons from playing softball that she applies to his everyday life.

“Playing softball has taught me that life is not always about winning, but trying your best at what you do,” Cochran said. “If things don't work out the way you plan them to, don't just give up, keep going because it will get better eventually.”

“My favorite memory of playing softball was during the regional playoffs against Starr's Mill. They had already beaten us twice during the season, so we had to beat them in order to win the title of region champions. Early in the first game, they put up four runs in one inning so we had to fight from behind. We fought back and ended up winning the first game so we only had to win one more to win the region,” Cochran said. “During the second game, the game stayed very close throughout the entire game but in the last inning, Starr's Mill had the bases loaded with the faster runner up to bat. She hit it to third base and our third baseman threw it to me and it was low, so I had to scoop it up off the ground. I was terrified that I would have dropped it and they would have won, but luckily I didn't and we won the regional championship.”

“She is a left-handed player so she has to play those positions. Madilyn is a very fundamental players and she has very good technique at her positions,” Townsend said. “She is a very solid player and has done a very good job hitting for the team as well. She’s a threat every time she steps on the field.”

Cochran takes her role as one of the leaders on the team very seriously. Cochran makes sure she’s a daily positive influence on her peers.

“I demonstrate being a good teammate by always cheering on my teammates and picking up my teammates whenever they don't do as good as they hope. I also make sure to always tell my teammates what I see at the plate after my at-bat,” Cochran said. “I usually give my teammates advice by telling them something they should do in a certain situation so that they don't get in trouble or get hurt.”

Townsend adds that Cochran is one of those consummate teammates that every squad needs to be successful.

“Madilyn shows leadership by her actions. She always does what she is coach to do without question,” Townsend said. “That attitude has a contagious effect on the team.”

Cochran is appreciative of having amazing role models that are supportive.

“My coaches have taught me about being to always give 100 percent in everything that I do, not just in softball. They have taught me how to be a good person and they have taught me about selflessness and putting other first because not everything is about you when your playing as a team,” Cochran said. “My travel ball coach says to me all the time: ‘Don't be scared to be great.’ I think that is very good advice because sometimes when I am up to bat I will look at a perfect pitch go by because I am scared I will either pop it up or swing and miss. But I should not be afraid to miss the ball because if I actually hit the ball, it could potentially help my team and help us win the game.”

Townsend is an advocate of Cochran’s capabilities.

“She is very great defensive player. She is also a very good hitter as well. She batted .364 this season with three doubles, four triples and 15 RBIs. She came on the last half of the season as big player for Whitewater,” Townsend said. “She got first team All-Region as first baseman. She saved us big time in the regional playoffs by catching a ball down the line and turning a double play to get out of the inning.”

In addition to making clutch plays, Cochran also has a high level of softball IQ as well.

Cochran has excellent awareness that puts her in position to thrive.

“She is a very smart softball player that understands the fundamentals of the game,” Townsend said. “She studies the game and is able to recognize the tendencies of the opponent and how to use that to her team’s advantage.”

Cochran is on the grind to perfect and hone her craft in any way possible.

“She is always wanting to work to get better in season and offseason,” Townsend said. “She stays after practice all the time to get better.”

Cochran is inspired by athletes competing at the next level.

“I don't really have a favorite college or pro softball player, but I love way that all college players play their heart out every single game,” Cochran said. “They all have so much energy and play each game like its their last. I cannot wait until I am in college so I can be around that type of energy every single day.”

Cochran is constantly striving for greatness in everything that she does.

“Whether I am on or off the field, I always aspire to do my best and give it my all,” Cochran said. “I always try to be a good teammate toward others.”

“My dream college is Mercer University because of their outstanding medical program and their PA school, which is the field I want to go into,” Cochran said.

Cochran lists math as her favorite subject in school.

“It comes natural to me and I'm really good with numbers,” Cochran said. “Math can always be proven correct and it is the same everywhere you go.”

Townsend believes the sky is the limit as long as Cochran continues to stay hungry.

“Madilyn can play on the college level and will do well,” Townsend said. “She has the skills to play on the next level. I think she can accomplish all of her dreams and I look forward to witnessing her having a special career.”