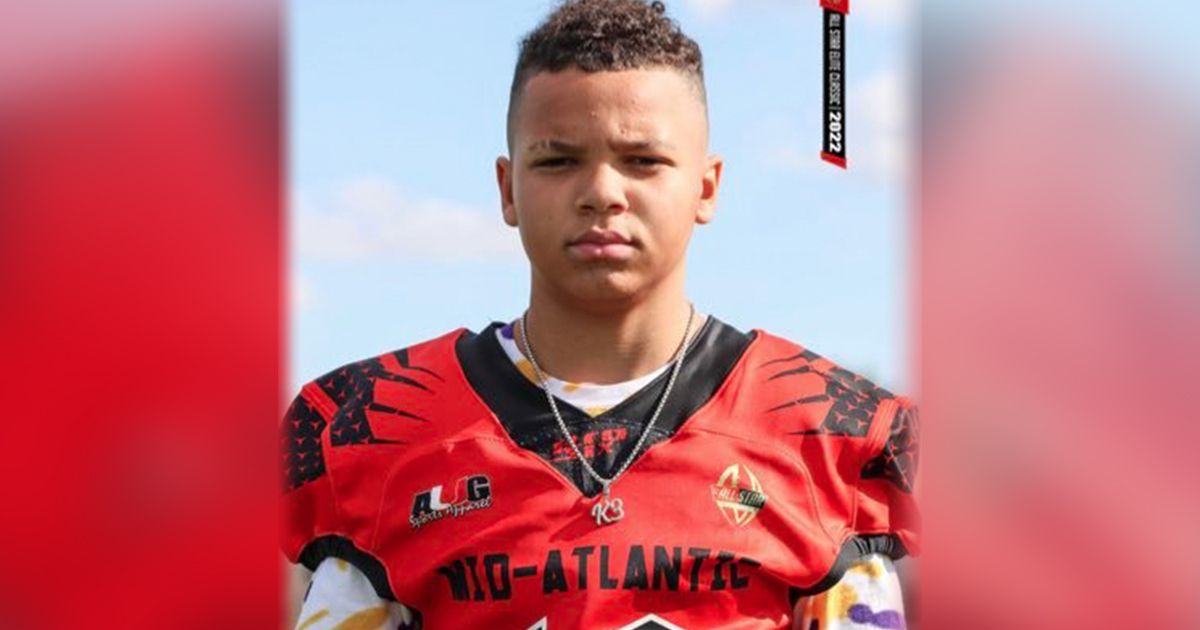 Do you want to get put on the map? Sign up for a Youth1 Membership to take your exposure and branding to the next level.

If you are the quarterback of your football team, you are generally considered to be THE leader or one of the leaders on your team. Class of 2029 football prospect Kobe Towns started his path as a quarterback during the Spring of 2021. Towns, who plays for the Ambler Whitpain Trojans in Southeastern Pennsylvania, began getting trained by a quarterback coach (Ben Haire) around that time. He attended several quarterback camps including the QB Legacy camp, Elite 11 Academy, QB Takeover, and FBU Camp.

Towns played quarterback for the first time this past season. He gave a couple reasons as to why he likes playing quarterback. “I’m able to show my family that I can play the game,” said Towns. “I like being able to pass the football to my teammates so they can show off their talent. Being a leader is important and I want to be a leader.”

Towns has already found some success as a quarterback on the field. He was chosen to be the starting quarterback on the Connecticut FBU 10/u team this past December. That gave Towns a boost in confidence. “To be selected as the quarterback for something so important has given me more belief in myself,” Towns said when asked how he felt about his most notable achievement to date.

The offseason will be a busy one for Towns. He’ll be working on all aspects of his game as a quarterback and will be working with some talented coaches. “I will work out with Coach Darren Swift (father of NFL running back D’Andre Swift) in Philly so that I can get stronger and have great agility. I’ll work out with Coach Ben Haire so that my quarterback fundamentals are good. I’ll work with Coach Hixson (QBIQ) so that my mind is sharp when it comes to understanding coverages.” Those are ambitious offseason plays for a young prospect such as Towns but that doesn’t matter to him. “No one cares that I’m only ten so why should I,” said Towns. “My goal is to be the best I can be and I can only do that by working hard.”

When he isn’t working hard on and off the football field, Towns does things that you’d expect an athlete his age to do. “I like playing with my wresters, eat, play video games, cook my Buffalo Chicken Dip, and spend time with my family,” Towns said when asked about what he likes to do off the football field. Towns says that he’d like to be a part of the Ohio State Buckeyes football team one day. “I like Justin Fields (former OSU quarterback) and Justin Fields (current OSU quarterback),” revealed Towns. “Their uniforms are lit.”

The quarterback position is the one that comes with the most pressure. However, Towns seems to be equipped to deal with it and has his father giving him wisdom on that and the game of football.

“My pops tells me that playing football is more than wins and losses. He says it’s about going through adversity and knowing how I’ll be able to handle it. He also says that pressure is a privilege. I don’t know exactly what that means but I’m excited to find out!”

Towns is listed at 5-7, 130 pounds, which is good for his age. I had a chance to watch his highlights. Despite it being his first year of playing the position, he showed a lot of promise. Towns does have a good understanding of coverages at the youth level and makes good decisions with the football. I like the touch he puts on his passes when it comes to the fade route. The other thing that impressed me is his willingness to also plays defense and be physical. Towns can also run the football. I expect him to take his game to the next level during this upcoming offseason.