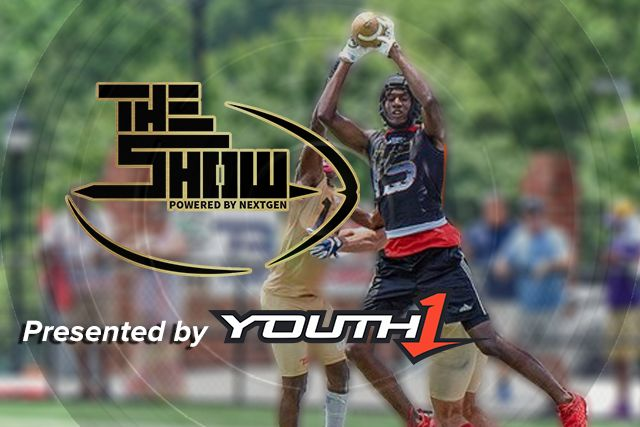 Youth1 will be producing a full broad production of The Show’s elite 7 on 7 games and the Fastest Man competition.

The Show will feature 540 of the nation’s top football athletes, over 120 of whom are already committed to D1 schools.

“The Show is the best football showcase in the country, which makes it the perfect venue for our first foray into broadcasting,” said Youth1 President, Laura Petrillo. “Only the absolute best talent is selected to participate in these games and combine, so it’s a must-watch for anyone interested in college, high school, or youth football and recruiting. These athletes are the future of the sport.”

Youth1 has tapped L2 Productions to handle the production of the event, which will be broadcast on Youth1.com and Youth1’s social media channels on June 30, 2019 from 8:00am-5:00pm .

“We’re very excited to be working with Youth1 on this project,” said L2 Productions President, Scott Rehling. “Their dedication to their audience energizes the entire process and we can’t wait to bring this fantastic event to their platform in a polished, professional broadcast package.”

The broadcast will be recorded on site in Bradenton, Florida with on-field commentary provided by Youth1’s Football Editor, Ryan Oliver.

For those unable to view the games live, Youth1 will provide the complete broadcast for purchase, ensuring that you won’t miss a bit of the action.

“We’ve been in discussions to conceptualize the country’s first OTT youth sports channel, and aligning our debut broadcast with an event that is so intriguing in the football world is a great first step,” Petrillo said.

The Show, billed as “The Nation’s Largest Youth Football Showcase,” is the culmination of a year of scouting, testing, and evaluating thousands of the country’s top football players on an 11-city camp tour. From these 11 camps the 540 top players in the country are chosen to attend The Show.

At The Show, athletes will compete in 7 on 7 games for viewers, scouts, coaches, and football fan across the country to see who the most talented football players in the country really are.

The broadcast will also include The Show’s Fastest Man Competition, which we be broadcast live just like the 40 yard dash at the NFL Combine.

The Show also has the distinction of being the final arena for The TB12 Challenge, a nation-wide quarterback competition created by NextGen and TB12. Hundreds of the nation’s top quarterbacks competed this season and now the field has been whittled down to the top 40 quarterbacks in the country who will all be in attendance.

Youth1 is the title sponsor of The Show for 2019. This is Youth1’s first sponsorship of a major national event.

“We hold The Show in the highest regard in terms of acquiring and showcasing the best football talent in the country. Recognizing excellence is one of the things we pride ourselves on, be it athletes, teams, or organizations,” said Petrillo. “Sponsoring the event goes hand in hand with why we chose to broadcast it. We’re dedicated in covering, promoting, and sharing the best of youth sports.”

Established in 2008, Youth1 is widely acknowledged as the authority in youth sports. The company is committed to uniting this community through exclusive news, features and rankings focused on youth athletes, their parents, coaches and teams. Their team represents leaders across all major sports at the local, regional and national levels that makes Youth1 the leading resource in youth sports, spanning media coverage, combine testing, athlete development and recruitment.