The dangers of overhydration: what you need to know | Youth1
Skip to main content

The dangers of overhydration: what you need to know

The dangers of overhydration: what you need to know 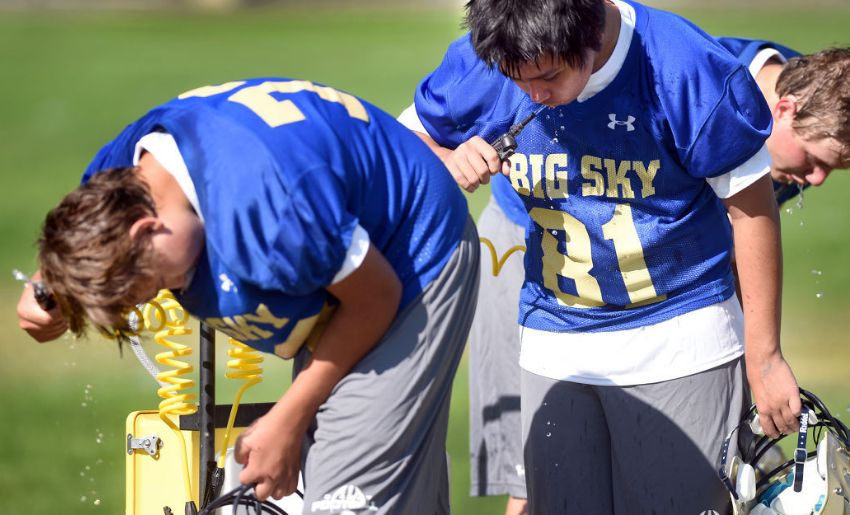 A bottle of water and sports go hand in hand. The logic behind it is elementary: you work out or play sports, you sweat, you dehydrate, you drink water, you replenish and rehydrate.

But as with any substance we put into our body, too much of it, even water can be damaging. How damaging?

The scientific term for severe overhydration is Hyponatremia and it can cause a litany of negative symptoms from nausea and vomiting, to fainting, comas, and death.

While you don’t need to be scared of our friend H20, it’s important to understand that even a low-grade level of overhydration can seriously impede you athletic performance.

How prolific is the problem? Very, according to MDAlert.com, who stated in 2015 that there were more athletes injured by Hyponatremia on a yearly basis than dehydration.  (MDAlert.com)

Hyponatremia has been a more noted concern for particular types of athletes, like marathoners, cyclists, triathletes, rowers, and hikers, but within the last decade the dangers of overhydration has crept into the most popular American sports.

In 2014, 17 year old Zyrees Oliver collapsed after football practice. He later fell into a coma and passed away. The cause of death was massive welling of the brain due to overhydration. (Yahoo)

So what can athletes do to protect themselves?

The answer is simple. There are no charts or tests needed. Simply drink when you’re thirsty.

There was an old motto that said “if you wait until you’re thirsty, it’s too late, you’re already dehydrated.” Scientifically this is inaccurate. According to CBS News, “Thirst represents the highly individualized signal which protects the balance between water and salt regardless of size, activity or ambient temperature and is encoded in most invertebrate and all vertebrate DNA. Babies are born with this innate behavioral drive.”

This means that thirst is a signal that protects of from dehydration, not one that announces it.

It’s also important to understand that overheating and dehydration are not the same thing. Particularly for football players who play outdoors, wear heavy equipment and are often enduring hot conditions, heat related symptoms are a concern.

But when a player is overheated, pouring water on their head, getting them into a cooler climate, or swishing water in their mouth is the more effective option than having them chug copious amount of water.

Drinking water until urine is clear and reaching a threshold of eight glasses of water per day are not standard benchmarks for every person. People’s bodies hold water differently, and thus, water intake should be viewd on a person-to-person basis.