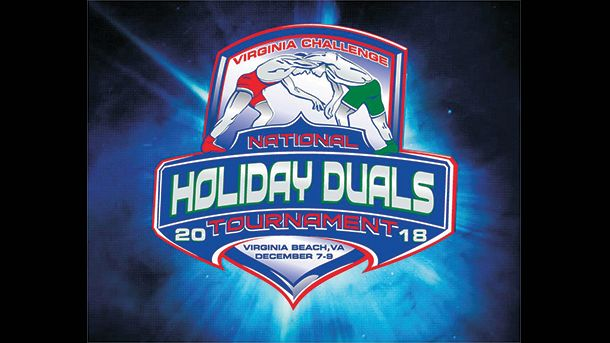 The toughest dual meet event of the season is upon us as 60 middle school and 64 elementary teams will compete in next weekend's VAC National Holiday Duals.

“It’s another huge year for us here at the VAC National Holiday Duals,” said Executive Director Frank Lipoli. “We are once again at max capacity as we’ll welcome 60 Middle School and 64 Elementary teams to Virginia Beach this coming next weekend - it’s going to be another amazing weekend of wrestling.”

Regarded as the premier national dual meet tournament in the country, the VAC National Holiday Duals will feature a number of all-star laden teams from states as far away as California, Colorado, South Dakota, Wisconsin, Florida, Texas, Utah, Iowa and Illinois.

Known as the “Mecca of Youth Wrestling,” these all-star teams will travel to the Virginia Beach Convention Center for their chance to contend for a National Championship. These teams have put together the best rosters from their states with some even putting together hand-selected teams from multiple states.

"This event is really one of the best in the country," Lipoli says. "There aren't many tournaments where you are guaranteed to wrestle 10 matches against some of the top young talent in the country.

"I say this every year but this event is a measuring stick to success as the elite wrestler is challenged in every match and it is not uncommon to see wrestlers that dominate on the national or state level not place in the VAC National Holiday Duals.

Looking to defend their VAC Holiday Duals National Championship from a season ago will be Ohio Scarlet. They took home the title last year when they defeated the California National Team 35-23. Leading this year's team will be 80-pound Ryan Bennett, 115-pound Dy'Vaire VanDyke, and 130-pound Nick Hart.

“These amazing wrestlers are stepping out of their comfort zone to challenge themselves,” says Lipoli. “They are leaving their egos at home to wrestle some of the best competition they will face all season long.”

Will Ohio Scarlet have enough to defend their 2017 National Championship or will a new champion be crowned? Be sure to check back to Youth1.com for previews and updates throughout the week.

If your team is interested in wrestling in the 2019 VAC National Holiday Duals contact Frank Lipoli at flipoli12@gmail.com.