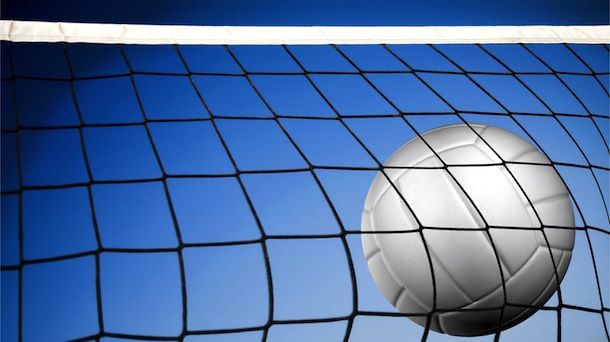 Phil Lindeman originally wrote this article. The full article and others like it can be found on the following website: http://www.summitdaily.com/news/sports/insatiable-new-summit-volleyball-...

It’s tough being the new kids in town. But when you show up untested and leave with a tournament title? Life gets a little easier.

In January, the brand-new Summit Volleyball Club took two teams — a U-12 and U-14 squad — to a regional tournament in Grand Junction. The nine girls on the team had never played together outside of practice, but they entered the tourney feeling more than prepared for the other teams in their pool. As the new kids on the court, the U-14 team was paired with other Division 2 teams — the middle tier in the league — and made quick work of their opponents, going undefeated through pool play before winning the championship game in winner-takes-all fashion, 25-18.

“In the tournament, their strengths were really picking each other up when they make a mistake,” said head U-14 coach Annie Hettinger, a Breckenridge ski instructor during the winter and Dillon Youth Sailing instructor during the summer. “They come together as a team, and I tell them they’re not just a team. They’re a family.”

On the Wednesday before the club’s next tournament — another regional event hosted at Colorado Mesa University in Grand Junction on Sunday, Feb. 12 — Hettinger was running drills with her girls in the gym at Summit Middle School. In a town where space is always an issue, it’s been a struggle to find gym time, but the club makes do with just one practice per week on average and two practices the week before a tourney.

“I always tell them to play their game,” Hettinger said. “It’s not about looking at another team and saying, ‘My goodness, that player is awesome.’ It’s saying, ‘That player is awesome, but we have the tools as a team to come back from anything.’ There’s no room for negativity.”

Between drills, the girls laughed and smiled and joked around, looking exactly like the family they’ve become. But then, with no warning, Hettinger played a ball over the net and her family snapped into game mode. One got the dig, one got the set, one got the hit over the net, and then the whole process repeated again. After just two months of practice — about 10 days total — the U-14 team is a finely tuned machine.

“My biggest thing is that I always tell them to stay humble,” Hettinger said. “If someone is taunting you, don’t taunt them back, and that is part of our game. It’s not about playing mind games — it’s about coming together as your team, as your family, and playing as the skilled players they know they are.”

Before this season, there was no club volleyball team in Summit County, but there was plenty of interest.

“I know that these girls have a competitive drive, and I think that’s true of most Summit County kids,” Hettinger said. “The girls have this insatiable want to get better and the parents are beyond supportive. Those two things made this happen.”

In the past, girls (and parents) had to travel west to Vail or east to Denver for year-round time on the court. Thanks to the club team, they can practice in their own backyard — even if it’s only once per week.

And it only helps that two head coaches with primo resumes are guiding the first season. Hettinger is a Minnesota native who played club and high school volleyball before joining Division III program at Cornell College in Iowa. Two seasons ago, she took over as head coach for the Summit Middle volleyball program, and after talking with parents this season realized there was a huge demand for year-round play in Summit.

“These are girls who want to play in college, and I’ve had girls tell me they want to coach some day,” Hettinger said. “That’s cool to hear, and I think it comes from that insatiable drive to be the best they can be.”

While the U-14 team is relatively small — Hettinger only has two or three substitutes for the upcoming tournament — the U-12 program is wildly popular with 13 players. The team is coached by Melissa Ponce de Leon, another former collegiate player who won the New Mexico state championship title in 2003 with her high school team. She now lives in Leadville and commutes 40 minutes one-way to coach, but she hardly minds the drive. Working with the girls reminds her of when she started as a young, hungry 13-year-old in love with volleyball.

“It’s cool to be back and coaching the same age group I was in when I started,” said Ponce de Leon, who owns The Ryde Lab skateshop in Leadville. “I have an idea of what their level is and what their desires are. At their age, they’re trying to figure out what kind of sport is best for them.”

Unlike Hettinger, who said playing for a club team was one of the best experiences she had as a young athlete, Ponce de Leon never played for a club program. She wonders if it would’ve helped her reach a higher level of play after the 2003 state title, but she’s happy to now be on the other side of the ball as a Summit Volleyball coach.

“By now I’m finally getting to know their personalities and what drives them,” said Ponce de Leon, whose team will also travel to the regional tourney on Sunday. “I think this tournament will be really positive for us.”

Hettinger and Ponce de Leon are realists — they know their teams will lose at some point. But it never hurts to launch a program with an undefeated record, and the powers that be have taken notice. The U-14 team enters this weekend’s tournament in Division I, the highest level of play, and Hettinger expects her girls to play the same kind of confident, cohesive and sometimes unpredictable style of ball they brought to the first tourney.

“We’re kind of a scrappy team,” Hettinger said. “There are plays that come together and I just think, ‘How did that happen?’”

And there’s still plenty of work to do. While her girls are smart and communicative on the court, they need to work on aiming and placing their kills. For the U-12s, Ponce de Leon is working on essentials like hitting, blocking and moving as a unit.

“We just need to be more confident, really,” Ponce de Leon said. “When you’re 13 years old, it’s an age when you aren’t always confident in what you do. They’re hesitant, thinking, ‘The ball is closer to her and she should get it,’ instead of being aggressive.”

After this weekend’s tourney, Summit Volleyball has one more in February and one in March before the season ends. It’s already been a stellar start, and the coaches are hoping for more of the same next season. With any luck, that undefeated debut tourney is just a taste of what’s to come for years and years.

This article first appeared on http://www.summitdaily.com/news/sports/insatiable-new-summit-volleyball-club-heads-to-2nd-tourney-undefeated-and-itching-for-more/, one of Youth1's sources for Volleyball articles. To submit your site for consideration for Youth1 syndication, please email Laura Petrillo at lpetrillo@youth1.com.

Jasmine Middleton 5 years ago
next page?