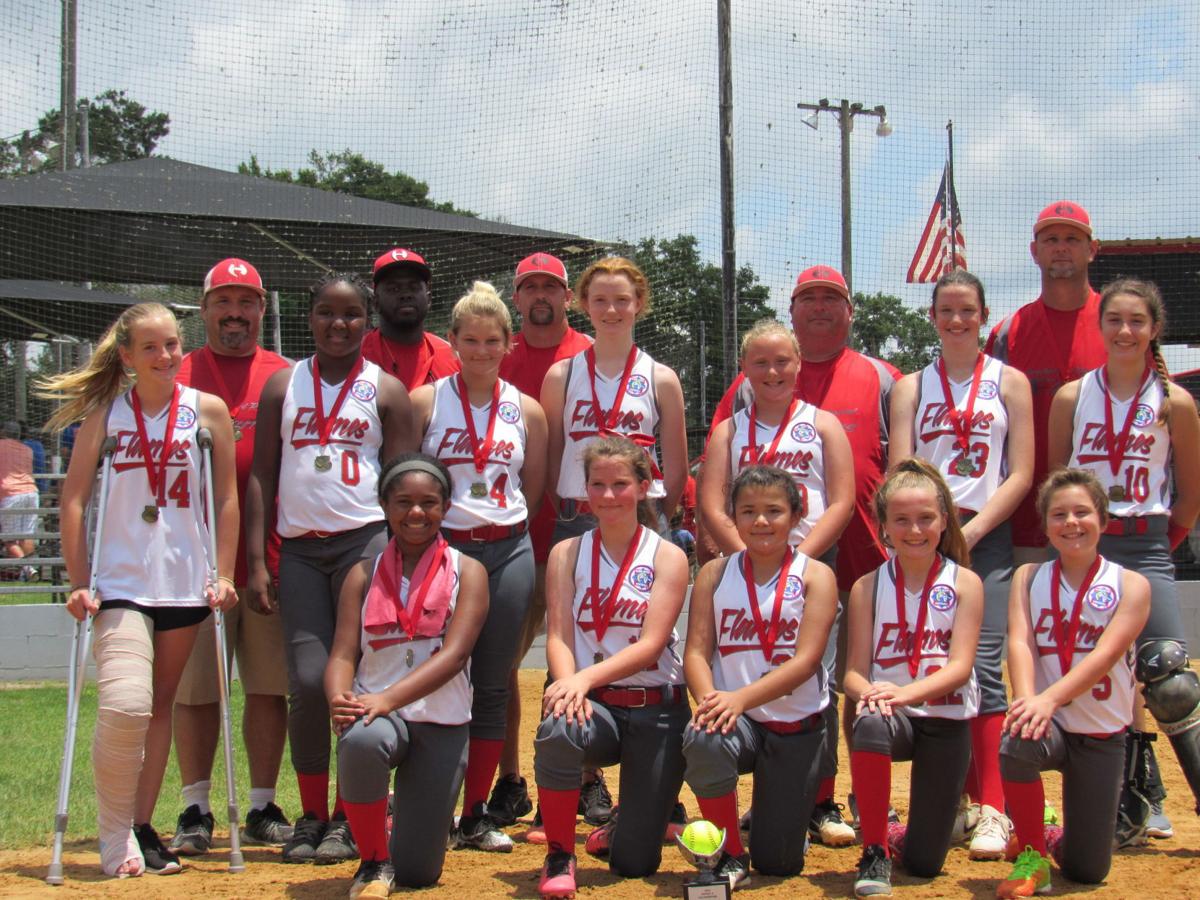 The Branford 8U and 10U softball teams went undefeated in the District 4 Babe Ruth All Stars tournament from May 31 to June 2 in Jasper.

Both brought home the championship on Saturday, June 2.

The primary emphasis of Babe Ruth Softball is on education, skill development, participation for all levels of ability, and of course, having fun.

The Branford community experienced this as never before with both age groups bringing home the championship medallions and trophies, with support of parents, grandparents, family and fans.

The Branford 8U team was coached by Andy Young, Adam Walker, Brad Dicks and Jimmy Ballentine.

Branford 10U was coached by Danny and Wendy Whitfield, Travis Arnold, Ryan Combee and Jennifer Barrs.

The Hamilton County Flames 12U softball team won the District 4 Championship on Saturday, June 2 for their second straight district title.

The tournament was held in Jasper this year and the Flames received a bye in the first round. The Flames faced the first-round winner, the Live Oak Impact, in the second round on Friday, June 1. Hamilton County won that game in five innings 17-7, which put the Flames into the championship round and sent the Impact into the loser’s bracket.

Live Oak defeated the Taylor County All-Stars, earning a spot in the championship round and a rematch with Hamilton County.

The Flames then defeated the Live Oak Impact 17-7 in four innings in the championship round to secure the title.

When asked about the Flames’ opponents in the playoffs, assistant coach Michael Morgan said, “We played great competition that fought hard through the entire tournament. Our girls did a great job of playing up to the competition and finishing strong.”

The 2018 12U championship comes a year after the Hamilton County Flames defeated the Taylor County All-Stars 17-1 in the 2017 10U championship for the county’s first District 4 championship.

“I think the players really came together as a team and a family” said head coach Bud Bembry.

The district tournament capped off a third straight undefeated regular season for the Flames, who had a record of 13-0-1 leading up to the playoffs. Hamilton County was coached by Bembry and assistant coaches Michael Morgan, Wayne Peacock, Patrick Howell and Jay Welch.