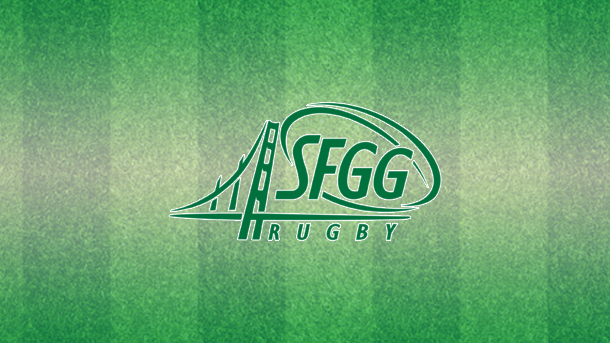 In early January, many kids on the U10 team of the San Francisco Golden Gate Youth Rugby Club (SFGG) played their first official game of rugby. And coach Becky Worley couldn’t be happier or more exhilarated.

“It’s fun to coach a contact sport,” she said. “It was really exciting. [The kids] are a little apprehensive at the start, but to see the transformation is awesome. You have a series of moments that feel extreme, and you make a choice―are you going to step in and make that tackle or not?”

The U8 team plays a touch, tag or flag version of rugby, while the U10 and U12 teams play with tackling, but there’s no pushing during a “Scrum.” As the kids get older in middle school and beyond, the game progresses to a more traditional version of the sport. There’s also a high school team, plus a men’s and women’s club side.

“In practice [with contact],” Worley said, “the kids just beg me: ‘Can we tackle? Can we ruck? Can we play a full-contact scrimmage?’”

Worley is a “technology and consumer” correspondent for ABC’s Good Morning America and occasional contributor for This Week in Tech's podcasting network. She travels to New York City often to be on GMA, but she tries her best to make every practice. Rugby is her passion: After graduating college, Worley played rugby for 15 years as part of the Berkeley All-Blues and the development program for the U.S. Eagles. She started coaching the U8 team four years ago when her son began playing. He is currently playing on the team she is coaching.

“In that first year out, some kids are apprehensive,” Worley said. “Now, they’re screaming and running into battle; it’s fun to watch.”

Worley is the only female head coach for the club, but that doesn’t matter to the U10 crew of coaches, which include Rod Heisler and Tom Pulliam.

“The men are phenomenal; they’re amazing,” she enthused. “They know we have to include both parents to make it grow and succeed.”

Youth rugby is indeed growing. In addition to the SFGG, there are 90 youth clubs in the Northern California Youth Rugby Association (NCYRA).

While some see rugby as a rough-and-tumble sport, the groups and coaches work hard to ensure it’s as safe as possible. Players are matched appropriately to minimize the risk of injury and proper tackling technique is a priority for coaches. “We are the on-ramp to proper technique and safety,” Worley said. “You have to get safety right.”

Rugby is the fastest-growing sport in the country, thanks to its increased visibility on national and cable TV. The men and women teams’ appearances in the 2016 Olympics also helped boost its popularity.

“Our club has grown dramatically,” Worley said, pointing out that SFGG’s popularity has seen a steady upswing even before the Olympics, due in part to highly visible rugby teams at the University of California, St. Mary’s and Stanford.

“Collegiate has become more of a club sport. There’s more exposure for kids; they have role models,” she said.

SFGG is the only youth rugby program in San Francisco. “It’s really a community,” Worley noted. “Our parents are from Scotland, England, Ireland, New Zealand, France, Tonga and Samoa. But the lion’s share Americans who just stumbled into the game. Most parents have played rugby, too.

“Our club benefits from a dedicated administrator and coach leader in Philippe Farner, a former U.S. national team player whose kids are now playing,” she added.

And with SFGG Youth Rugby’s increased participation of 40 percent this year, Golden State rugby is only going to get bigger.