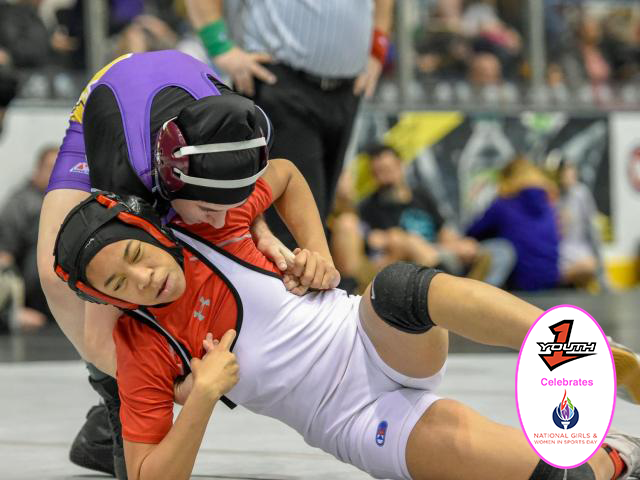 History was made in Winston-Salem on Saturday.

For the first time ever, the N.C. High School Athletic Association hosted the NCHSAA Girls Wrestling Invitational at the Winston-Salem Fairgrounds. The field, which was made up entirely of female wrestlers, consisted of 87 participants in 11 weight classes.

The first-ever girls wrestling champion came from Parkwood when Amber Parker defeated Butler's Elisa Cox in a 9-4 decision to win the 138-pound weight class. Parker won a 7-4 decision over Asheboro's Lindey Otero in the quarterfinals and pinned Rosman's Willow Chance in the semifinals.

A number of local girls won championships at the invitational too.

In the 113-pound classification, Havelock's Brooke Hermel won a 10-3 decision over Mallory McDonald of Jacksonville. Hermel defeated South Granville's Katerina Pendergrass in the semifinals in a 3-1 decision, while McDonald beat Clayton's Sophia Forquer with a pin.

McDonald's teammate, Jacksonville's Teah Chunn, managed to claim a championship in the 120-pound class. Chunn pinned Broughton's Aaliyah Schell in the championship after beating Corinth Holders' Savanah Goad-Cortes in the semifinals in a 7-5 decision.

The NCHSAA combined the 160-pound and 170-pound weight classes at the competition. LaSean Boyd of Overhills pinned Anamaria Bailey of Pine Forest in the championship match. Boyd had beaten Broughton's Elisa Holly with a pin in the semifinals while Bailey pinned Ashley Boggess of Pisgah...

Read the rest of the story at HighSchoolOT.com.