The Pros and Cons of E-Sports

The Pros and Cons of E-Sports 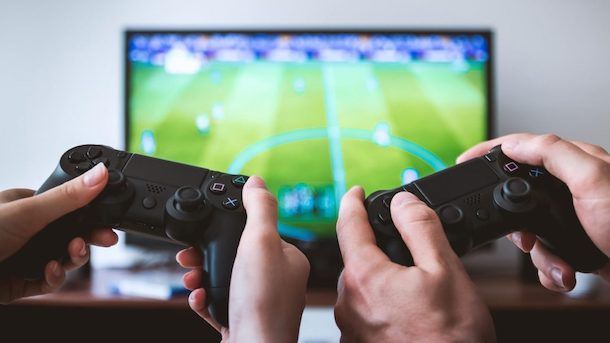 Ever since video games were introduced in the late 1970’s children and parents alike have been glued to their screens enjoying virtual reality. Sports, on the other hand, have enjoyed a much longer history and a more storied tradition. Nonetheless, many parents and children prefer e-sports to the real thing. Is that good? It’s hard to say. There are certainly many qualities that e-sports have that make them worth their while, but when compared to real life sports there’s no comparison.

Yet as video game technology gets better and better, and the cost of playing sports gets higher and higher, e-sports do present parents with an opportunity to allow their kids to enjoy sports without actually playing them.

E-Sports are More Active Than You Think

With childhood obesity rates on the rise and sedentary living being a primary cause, many video game developers sought to make video games more physically active. Nintendo’s Wii was the first console video game system to do this. It integrated physical motion with a motion sensor controller that can could basically take the place of a joystick and controller.  While moving your arms around and moving around a room is nowhere near in the same ballpark as running, jumping, kicking, and throwing, video games have done a good job of making play more active.

E-Sports are More Social Than You Think

Modern gaming systems allow friends to play each other over the internet. There’s no more sitting alone playing a video game, even when you’re doing just that. Players can communicate over headsets and talk to one another. Of course, it’s nowhere near as social as physically being in the presence of other human beings.

There’s Almost No Risk of Injury With E-Sports

While there are certainly those that have found a way to injure themselves playing video games, the likelihood of your child suffering a career-ending e-sports injury is relatively low. It’s also true that contact sports like football are quite dangerous. There’s a risk of broken bones, sprains, and concussions. While much effort has gone into making the sport less dangerous, the threat is still present. For example. baseball has a serious risk of injury. Being struck by baseball traveling at many miles can be potentially life-threatening. Even non-contact sports like bowling can damage knees and wrists.

The Biggest Con of E-Sports

The biggest con of e-sports is that there’s no room for character development or self-knowledge and improvement. While there’s probably someone out there that can make an argument to the contrary, the truth is that youth sports instill character, sportsmanship, teamwork, and values in its players. While much of this is lost through the competitive nature of sports, it’s important part of what athletics has to offer, and one of the few things that e-sports will never be able to simulate. It’s important, even for children that have no aspirations towards professional sports, to learn these values and improve themselves.