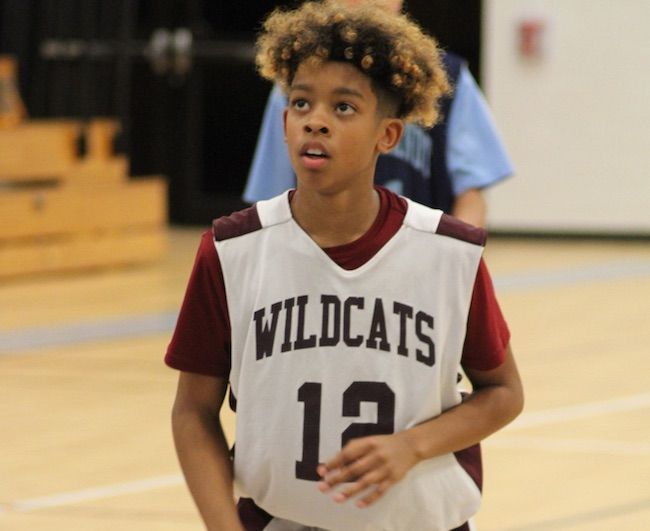 Courtland Guillory is one of the best players from the Houston, TX area in the Class of 2025.

The 5-foot-3, 100-pound Guillory, who attends Wunderlich Intermediate, is a dynamic player that works as a shooting guard. 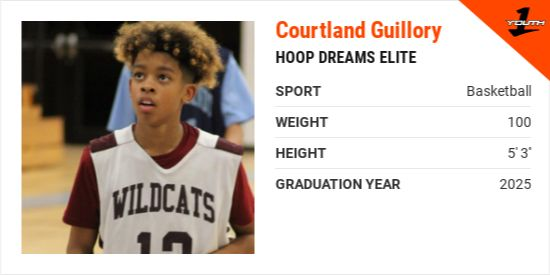 Guillory has earned plenty of recognition during his career, such as winning Offensive MVP.

Guillory is humbled by the accolade.

“I see that all of my hard work has paid off,” Guillory said.

No matter the opponent, every game Guillory is determined to give it his all.

Guillory is going all out.

The motor is always at full throttle whenever Guillory steps between the lines.

“My mindset at my position is that nobody on this court can guard me,” Guillory said.

Guillory has great passion and energy whenever he’s on the hardwood. Guillory tells why he enjoys the game of basketball so much.

“I know this is the way I want to move my mom into a mansion and I'm having fun doing it,” Guillory said.

Guillory has learned many valuable lessons from playing basketball that he applies to his everyday life.

“Playing has taught me that I have to work for everything I want,” Guillory said.

“The week my grandfather passed away, I dedicated that week to him,” Guillory said. “It was the best game I’ve played.”

“He is great off the dribble and can get to the rim at any time,” Wedge said. “He is a pure scorer and a great defender.”

Guillory takes his role as one of the leaders on the team very seriously. Guillory makes sure he’s a daily positive influence on his peers.

“I demonstrate being a good teammate by always having their back and picking them up through hard times,” Guillory said. “The best advice I give is that we’re all human and make mistakes. Forget about it and keep pounding.”

Wedge adds that Guillory is one of those consummate teammates that every squad needs to be successful.

“He is a great leader and he has great work ethic. He always gives it 100 percent and his passion for the game is unbelievable,” Wedge said. “He is a leader because he tries to help everyone that is around him not only on the court but off too.”

Guillory is appreciative of having amazing male role models that are supportive.

“I’ve learned from my coaches that my teammates are all I have. I need to continue to motivate them and pick them up,” Guillory said. “The best advice I’ve gotten is that no one can stop me but me.”

Wedge is an advocate of Guillory’s capabilities.

“We have been a couple of close games where he has gone on a scoring tear by creating turnovers and knocking down big shots,” Wedge said.

In addition to his playmaking skills, Guillory also has a high level of basketball IQ as well.

Guillory has excellent basketball awareness that puts him in position to thrive.

“He has a high IQ level for the game at his age,” Guillory said. “He thinks everything through.”

Wedge explains why he compares Guillory to this perimeter star.

“His game reminds me of Paul George because he plays great defense and he can score,” Wedge said.

Guillory patterns his mentality after this sensational rookie.

“I look up to Ja Morant because no matter what you just can’t guard him,” Guillory said.

Guillory lists science as his favorite subject in school.

Guillory is striving for greatness in all that he does.

“I want to continue to be a better person and handle my business,” Guillory said.

“I want to attend Duke because they have the best coaches and basketball program,” Guillory said.

Wedge lists the improvements that will take Guillory’s game to the next level.

“He needs to improve his ball handling and court vision,” Wedge said.

Wedge believes the sky is the limit as long as Guillory continues to stay hungry.

“I think he is going to be a pro,” Wedge said. “With his passion and heart for sports, his potential is unlimited.”