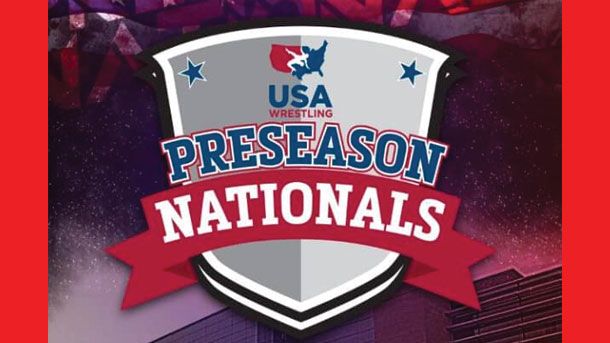 Leading the way in the 85-pound bracket was Joey Canova of New Jersey who posted a perfect 5-0 record. He won his first two bouts by fall, the next by shutout decision and then picked up a tech-fall victory before defeating Jordyn Raney of Kentucky in the title bout 2-1.

Jimmy Mastny of Illinois dominated the 105-pound bracket as he won three of his four bouts by tech-fall and the other by fall. He took home the gold when he defeated Knox Verbais of Illinois in the championship match 18-2.

Taking home the 130-pound championship was D. Ross of Iowa who won three of his four bouts by fall and the other by major. He captured the top spot when he defeated silver medalist William Ward by major 16-5.

Here is a look at the top place winners in each of the grade school brackets.