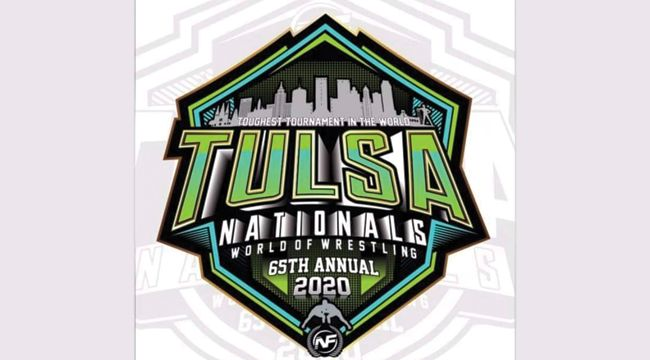 The 2020 Trinity Award Series kicked off last week as more than 2,000 youth wrestlers competed in the Flo Tulsa Nationals at the Ford Truck Center in Tulsa, Oklahoma.

Here is a look at the top place winners in each 15 and under weight class.

Isaiah Cortez of Gilroy Hawks took home the 75-pound title after posting a perfect 5-0 record. He won the title when he defeated Michael Olson of Sebolt Wrestling Academy 5-2. Olson fell to third after losing the true second place bout to Co’ji Campbell of Toss Em Up 1-0.

Seth Mendoza of Region Wrestling Academy won the 82-pound championship with an impress 13-1 major over Chase Quenault of Cja. Taking home the bronze was Elijah Cortez of Gilroy Hawks who defeated Canon Acklin of Collinsville Cardinals 2-0 in the consolation finals.

Aden Valencia of Awa continued his winning ways as he dominated the 89-pound bracket. He won three of his five bouts by fall and took home the top spot when he defeated Luke Lilledahal of Bull Trained by shutout major 11-0. Noah Ninninger of VA Team Predator won the bronze with a 3-2 decision over Tahir Parkins of Dark Knights.

Anthony Knox of Rhino won the 95-pound championship by winning three of his five bouts by fall. He won the gold when he pinned Beric Jordan East Valley WC in 3:49. Jordan fell to third after losing the true second place bout to Benjamin Davino 9-0.

Christopher Coates added another major title to his resume as he took home the 108-pound championship. He posted a perfect 6-0 record which included a 2-0 shutout decision over August Hibler of Scorpions in the championship bout. Hibler was able to hang onto the silver as he defeated Alexander Marre of Izzy Style 11-1 in the true second place match.

Winning the 115-pound title was Kyler Larkin of Valiant who defeated Dorian Olivarez of Team Olivarez 10-1. Olivarez fell to bronze after he lost the true second place match to consolation champion Beau Hickman of Tuttle Tigers by forfeit.

Jace Roller continued his winning ways as he captured the 125-pound title with a victory by fall. He took on and defeated Kody Routledge of Norman Grappling in 3:32. Routledge fell to bronze after losing 4-2 in the true second place bout to Jeremy Ginter Jr of Foxfire WC.

Gage Wright put on one of the most dominating performances of the event as he pinned his way to the 135-pound title bout before defeating Jayden Colon of Izzy Style in sudden victory 11-9. Colon was able to hold onto the silver as he defeated consolation champion Aeoden Sinclair of Advance School of Wrestling 5-4 in the true second place bout.

Harvey Ludington Iv won the 145-pound championship when he defeated David Mayora of Izzy Style 3-1. Wrestling back for the bronze was Justin Crutchhmer of Ouachita Wrestling Club who defeated Hoke Poe-Hogan 10-2.

Max Daniel Magayna of IAWC added another notable championship to his resume as he won the 157-pound championship. He won two bouts by fall and two by shutout before picking up a 7-1 decision over Ricky Thomas of Division Bell in the title bout. Taking home the third place title was Parker Ferrell who defeated Tucker Waitman of Tuttle Takedown Club 2-1.

Max Shulaw of CP Wrestling Academy won the 175-pound title when he posted a 4-0 record and defeated Ben Alvarez of Team 1006 in the championship match 15-1. Alvarez fell to third after losing the true second place bout to Gage Hamm of Coweta Tiger Wrestling 9-0.

Ayden Morris captured the 200-pound championship after he won his first two bouts by fall. He took on and defeated Samuel Murphy of Threestyle Wrestling in the championship by a score of 9-4. Murphy was able to hold onto the silver as he defeated Nick Curci of Apollo-Ridge/Young Guns) in the true second place match 3-1.

Taking home the 285-pound title was Dillan Johnson of Elite Wrestling Club who defeated Richie Pena of Valiant 2-0. Winning the bronze was Gunner Wilson of Catoosa as he defeated Caleb Phillips of Coweta Tiger Wrestling 3-1.

Aidan Miller
Wrestling | 210
Get your profile