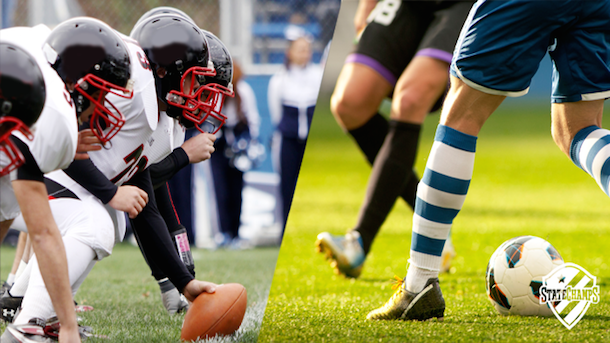 Olivia Rubick originally wrote this article. The full article and others like it can be found on the following website: http://news.jrn.msu.edu/2017/12/from-many-to-one-youth-athletes-debate-whether-to-play-only-one-sport/

Single-sport specialization among young kids is on the rise.

According to a March 2017 study by the American Academy of Orthopaedic Surgeons, 45 percent of high school athletes said they only play one sport. This percentage has gone up drastically in recent years.

For youth who dream of playing at the next level, many may believe they can only play collegiately I they focus on one sport the whole year. The reality, however, is college coaches see few benefits to specializing in one sport at a young age.

Alex Thomas, a freshman soccer player at Michigan State University, said she felt a lot of pressure to only play soccer for her last years of high school.

“My travel soccer coaches really thought that it would benefit me the most to just play soccer,” Thomas said. “I didn’t end up quitting my other sports just because I loved them so much, but I was told repeatedly that my chances of getting recruited would be greater if soccer was my main focus.”

Thirty out of 32 first-round draft picks in the 2017 NFL Draft were multisport athletes in high school. Many head coaches at big-time college universities have also said they only recruit multi-sport students because they want all-around athletes.

There are some sports where specialization is a lot more common than others. In a survey done by USA Today Sports, 87 percent of Division 1 gymnasts specialized in gymnastics by age 12.

“I can understand the one sport specialization for some sports, like gymnastics,” said Bill Kinzer, a high school soccer and basketball coach of 15 years in the Lapeer Community School District. “The competition is so high and it is so time demanding, but for almost everything else I think it has no benefits.

“I have seen so many kids get burned out because they have given up their other sports for one and by the time college comes around, they don’t even want to play any more,” Kinzer said.

One of these players is 21-year-old Francesca Ortega. She played soccer, volleyball and ran track. In ninth grade, Ortega gave up all of her other sports for soccer and regrets her decision.

“I felt so much pressure to quit volleyball and track and only play soccer because I was being recruited by Division I schools, and so I did,” Ortega said. “Playing soccer every day all year round for four years got old and when it was time for college I was so “soccer’ed” out I didn’t want to play any more.”

This article first appeared on http://news.jrn.msu.edu/2017/12/from-many-to-one-youth-athletes-debate-whether-to-play-only-one-sport/, one of Youth1's sources for Other articles. To submit your site for consideration for Youth1 syndication, please email Laura Petrillo at lpetrillo@youth1.com.

Jasmine Middleton 2 years ago
next page?