Clark Kent is an 11-year-old Superman in the pool

Clark Kent is an 11-year-old Superman in the pool 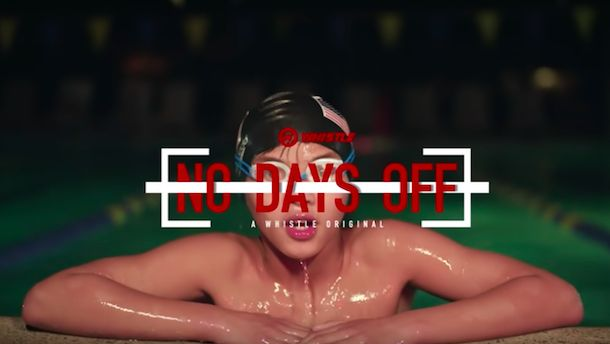 Clark Kent is an 11-year swimmer from Salinas, California. He started competitive swimming at the age of 6 and has been nothing short of spectacular ever since. Kent was recently featured on an episode of No Days Off, a series produced by Whistle's YouTube Channel. The show features all kinds of different athletes with extraordinary talent and spirit.

Kent first gained national attention when he broke the 100-meter butterfly record with a time of 1:09; a record set 23 years ago by the greatest swimmer ever Michael Phelps.

Big congrats to #clarkkent for smashing that meet record!!! Keep it up dude !!#dreambig

The Superman puns are endless, between his name, skill and work ethic Kent really is soaring at such a young age.

While Kent is blessed with extraordinary ability, the most instrumental tool for his success has been his work ethic.

“I practice 4-5 days a week, at those practices we usually do butterfly, backstroke, breaststroke and freestyle all in one practice.” Said Kent. “Practice is hard but you have to push through it, that’s what makes you better.”

Kent has multiple motivating factors pushing him everyday, he looks up to swimmers such as Michael Phelps, Ryan Locte, Michael Andrews and Ryan Murphy. His ultimate goal is to keep swimming in high school, swim at any division I school (Preferably Stanford) and finally compete at the Olympics.

Swimming is a sport of extreme endurance, endurance is something Kent obviously works on in the water every time he trains but he recently found a new way to condition himself…. Karate.

“It teaches him discipline, it teaches him fighting skills, it takes a lot of endurance to sit up there and spar, eventually he’s going to build endurance through all the training we do and that’s going to translate to his swimming.” Said Kirk Knappenberger, Kent’s karate instructor.

Kent already has more athletic accomplishments than most people; he also now has gained some national recognition due to his excellence. All these things can be distractions for some people, distractions that can lead to complacency.... but not for Kent.

“The only thing to do is to keep persevering and keep striving harder.” Kent Said.

If Kent continues on his current path don’t be surprised to see him representing USA in the Olympics and possibly breaking more of Michael Phelps records.