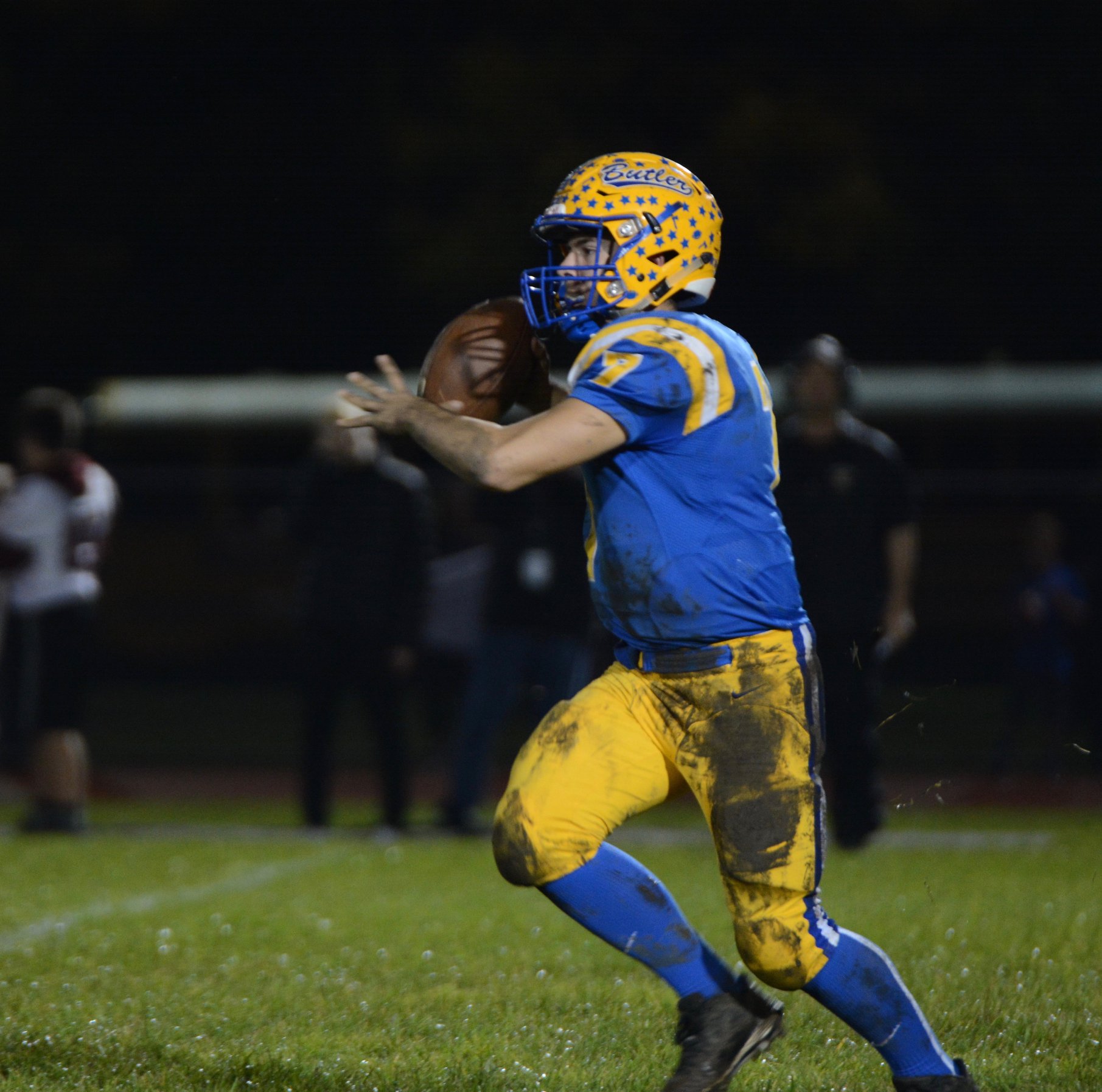 Butler, N.J., quarterback Evan Smith has been named the New Jersey Player of the Year by the Maxwell Football Club (MFC), receiving the Mini Max High School Award. Smith was selected out of 66 players from schools throughout the state. Each player was nominated by their coaches throughout the 2019 season and evaluated based on criteria that includes the following: football performance, academics and community service. The MFC is one of the oldest and most prestigious football clubs in the nation, honoring excellence at all levels of football since 1935.

“I was surprised. There were so many great student-athletes at the awards ceremony [on January 20],” Smith said. “Once they called my name, it felt really good. I take it as an honor to represent New Jersey for my football career, academics and community service. It is a great accomplishment, and I am very excited for it.”

Smith is a two-time All-County and All-Conference player playing for the Butler High School Bulldogs. Starting as a sophomore QB in his fourth game for the varsity team, he then led the Bulldogs to a state championship the next year, scoring the go-ahead touchdown in the title game. In his senior year, Smith tallied 2,440 passing yards, 31 TD passes, 672 rushing yards and 10 rushing TDs. He also kicked for the first time, booting 34 extra points and a field goal. Smith achieved an impressive 23-7 record as a starter for the Bulldogs, with 5,205 total passing yards. He has also been a standout for the school’s’ basketball and baseball teams.

“The friends you make and will keep for my whole life is the best part,” Smith said. “All the coaches who gave their time to make us better is motivating. Winning the state championship is [also] the obvious highlight.”

His highlight video is 18 solid minutes of highlights. It shows that he had total command of the offense—dropping back, scanning the field and firing short and long passes with deadly accuracy; evading defenders and buying time when the pocket collapses; throwing on the run with precision; running for big gains; and being an overall game-changing player.

His parents, Karen and Kevin Smith, are proud of him for not only for receiving the award and his school achievements, but also for his diligent drive to succeed.

“As his mom, I’ve always felt Evan was special,” Karen Smith said. “From the time he was little, he was focused and driven, always striving to get it right, but very humble at the same time. From the classroom to the field, his work ethic has never wavered.”

“I saw very early that things came easy for him,” Kevin Smith recalled. “He was very coordinated athletically and seemed to be ahead of the other little kids. In school, he always did well—nothing seemed too hard for him.

“We knew he deserved to [win the Mini Max High School Award] because of his accomplishments, but we also knew there were 66 other fine young men doing great things on their fields, schools and communities,” he continued, then added, “[I was also proud] every time he threw a ball in the pocket over the middle, threading the pass between defensive backs—because he makes all the doubters look silly for thinking that he is too short to play the position at the next level.”

Smith’s parents take great pride in his school and community work, as well.

“I am most proud of his approach to everything. He has taken on a lot with school, community service, working here and there, and playing three sports,” Kevin Smith noted. “He stays level and doesn’t get overly excited in adversity or in success. Evan remains so calm under pressure and is comfortable being the go-to guy in a high-pressure situation. You can’t teach that.”

“ I am most proud of the way Evan puts others before himself,” Karen Smith said. “In football and other sports, he’s always focused on what he can do better or help the team. At school, he likes to work together with his friends, and they help each other succeed.”

A prime example of Smith helping others was when he learned that a 3-year-old boy in Butler was diagnosed with a brain tumor. He subsequently raised $500 for the youngster by organizing and holding a football camp for grade-school kids to introduce them to high school football. At the camp, he asked the kids’ parents to provide donations for the child. The boy is now cancer-free.

When asked about his biggest on- and off-field inspirations, Evan Smith replied, “[On-field] has to be Russell Wilson. We share similar physical characteristics like height, and how he moves in the pocket and how he throws on the run. I like to model my game off of his. For life, I can’t say that I have only one inspiration, but I would say my parents and coaches. Each of them contributes to my life differently, all in a positive way. I try to take a little from everybody, and hopefully it makes me the best I could possibly be.”

Smith has clear-cut plans for the future after he graduates from Butler High School this year. “[I’m going to] the College of New Jersey to play football and study exercise science, and eventually be a physical therapist,” he said. Smith is well-prepared for college: During high school, he took AP and honors courses, ranking fifth in his class out of 130 students. Coupled with his athletic and academic success, in addition to his community service, he is a worthy recipient of the New Jersey Player of the Year award.