2025’s Cameron Johnson is one of Texas’ most punishing linebackers

2025’s Cameron Johnson is one of Texas’ most punishing linebackers 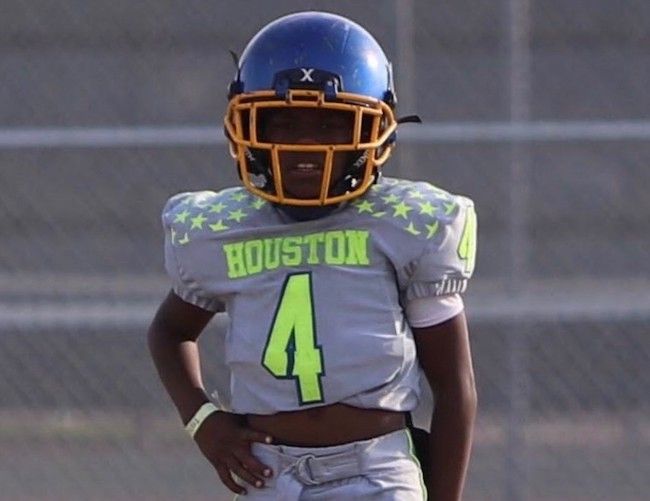 Cameron Johnson is one of the best players from the Spring, TX area in the Class of 2025.

The 5-foot-4, 123-pound Johnson, who attends Twin Creeks Middle School, is a dynamic player that works as a linebacker. 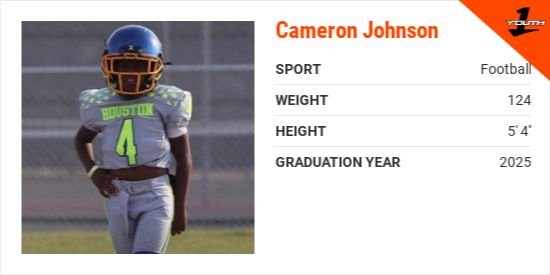 Johnson has earned plenty of recognition during his career, such as: Heisman Trophy winner, MVP, All-American Player of the Game and Houston All-Star Showcase participant.

Johnson is humbled by the accolades.

“It taught me to push myself even more. It was a great experience and I was able to meet a lot of other athletes from different states,” Johnson said. “It was fun, gave me new challenges and a handful of new friends.”

“My mindset is to be a leader and to help my team know the plays,” Johnson said.

“I love being able to be physical, having fun and letting off some steam,” Johnson said.

Johnson has learned many valuable lessons from playing football that he applies to his everyday life.

“I’ve learned that no matter what I do, make sure I have fun because I won’t know when it might be my last time playing,” Johnson said.

“When my team was undefeated,” Johnson said. “We won the Super Bowl and I received my first Super Bowl ring.”

“I demonstrate being a good teammate by making sure my teammates are never down, they are motivated and we are all on the same page,” Johnson said. “The best advice I give is to remember who we are doing this all for.”

“I’ve learned about how to be respectful and responsible and to never give up,” Johnson said. “The best advice I’ve gotten is to never give up because if I do, I will never make it in life.”

Johnson patterns his mentality after this standout.

“Kam Chancellor because I love how he comes down the hill and hits people,” Johnson said.

Johnson lists science as his favorite subject in school.

“I like to do all of the experiments,” Johnson said.

“My dream school is Oregon,” Johnson said. “I like their jerseys.”

“I want to be the best role model I can be,” Johnson said.