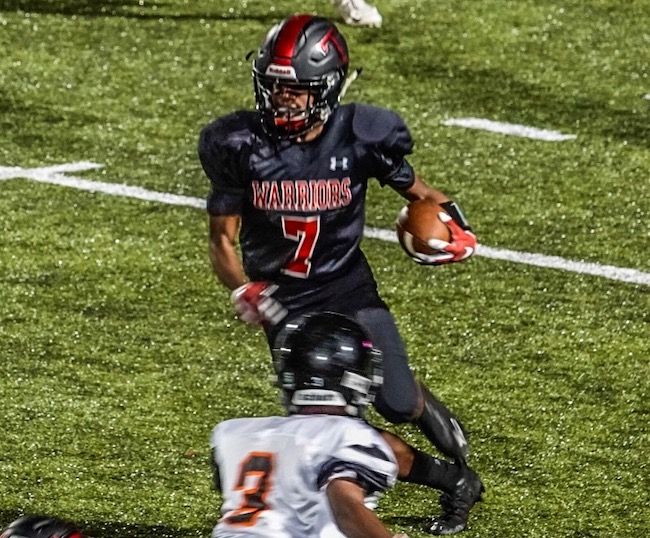 Kolby Hearn is one of the best players from the Thompson, AL area in the Class of 2024.

The 5-foot-10, 141-pound Hearn, who attends Thompson Middle School, is a dynamic player that works as a wide receiver. 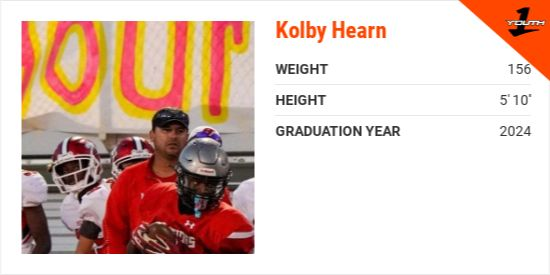 Hearn has earned plenty of recognition during his career, such as: two-time All Metro Player of the Year (2018, 2019), Thompson Offensive MVP (2019), and SEC All-American Game participant.

Hearn is humbled by the accolades and to compete against the best of the best.

“It means a lot to me to accomplish those individual awards but without my team, my goals wouldn't have been achieved,” Hearn said. “It was a great experience to play in the SEC All-American Game in Gulfport, MS because I played with talent from all across the United States.”

No matter the opponent, every game Hearn is determined to give it his all.

Hearn is going all out.

The motor is always at full throttle whenever Hearn steps between the lines.

“My mindset is to be the best and outwork any and every other wide receiver,” Hearn said. “I always say whomever lines up across from that he can't cover me. My nickname is Waffle House, because I'm always open.”

Hearn has great passion and energy whenever he’s on the field. Hearn tells why he enjoys the game of football so much.

“I love being a competitor and seeing all the hard work that my team and I put in during the spring and summer show on the field during the football season,” Hearn said.

Hearn has learned many valuable lessons from playing football that he applies to his everyday life.

“I’ve learned that there will be bumps along the way like not winning every game but there is always tomorrow to get better,” Hearn said.

“Winning the All-Star game in Gulfport, MS because I played with and against great competition,” Hearn said.

Hearn takes his role as one of the leaders on the team very seriously. Hearn makes sure he’s a daily positive influence on his peers.

“I demonstrate being a good teammate through discipline and always putting others before myself. There's no I in team and it takes a team to win,” Hearn said. “The best advice I’ve given is to never give up and always play hard to the end of the fourth quarter.”

Hearn is appreciative of having amazing male role models that are supportive.

“I’ve learned discipline and how important it is to always work harder to be great,” Hearn said. “The best advice I’ve gotten is that being an athlete is second while being a student is first.”

Hearn patterns his mentality after this standout.

“I look up to Jerry Jeudy because of his work ethic and passion for the game of football,” Hearn said.

Hearn lists math as his favorite subject in school.

“It deals with numbers and I'm a number type person,” Hearn said.

“My dream college is Alabama because of the athletes that are produced there and their high graduation rate for athletes,” Hearn said.

Hearn is striving for greatness in all that he does. 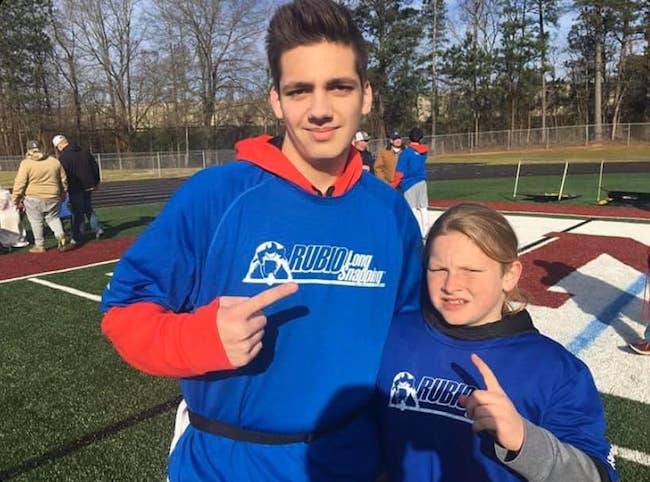 Damien Morgan
Football | Defensive Back, Running Back
Get your profile