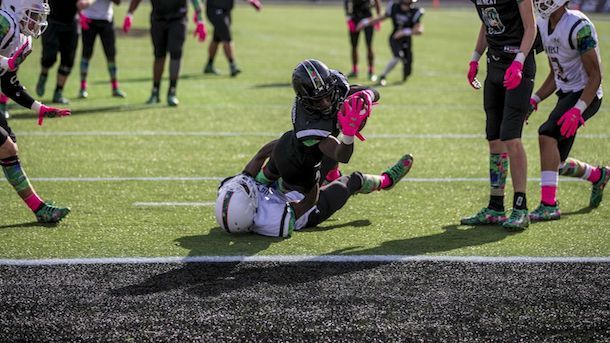 Among the best Wide Receivers from the 2023 class is Illinois native Ryan Boyd. Boyd is a supremely talented pass catcher, who shines every time he steps on the field.

Boyd's talent has garnered him some major attention in youth football circles, with invites to some of the most prestigious camps and events to compete against the nation's best youth athletes.

At the beginning of January, Boyd competed in the UA Next Game hosted by Under Armour in Orlando, FL. The UA Next Game is an invite-only event, where the nation's top 8th graders are selected to compete against each other.

Among the elite talent at the event, Boyd was able to standout as he continues to put the world on notice that he's coming.

Boyd is pleased with his performance and feels that he made the most of his time at the UA Next event. He played a key role in Team Reed's victory over Team Clark.

"I feel that I performed very good at the gam because I had 2 Targets, 2 receptions, including a TD reception," Boyd told Youth1.com

"As a WR, I must make the best of my opportunities, and although I wanted more targets, I’m grateful because I was a starter for the winning team, and I had some key blocks that my teammates scored on," he added.

Boyd is a humble young man off the field, but he's as tough as they come on it.

He was recognized by Youth1 as an elite athlete from the 2023 class in our most recent edition of the Elite101 rankings, coming in at #47. For those unfamiliar, the Elite101 rankings have been a valuable resource for pinpointing the nation's absolute best athletes entering their 8th grade season. 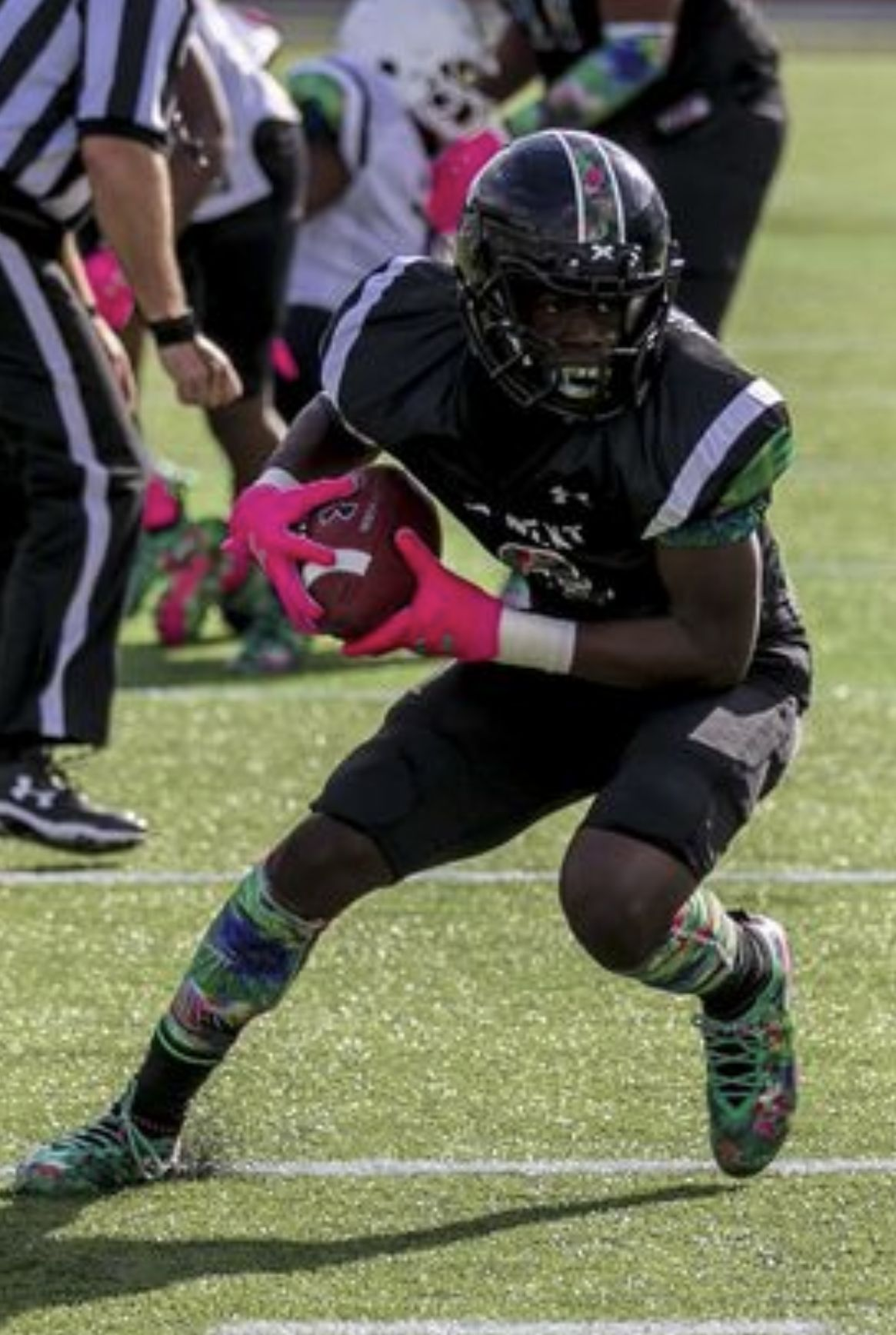 Being invited to participate in the UA Next Game event is a prestigious honor that only a select number of 8th grade athletes receive. The experience and coaching the players received while at the event is second to none.

"Being invited to the event is truly an honor. To be honest, there are tens of thousands of 8th graders in the US that play football, and to be 1 of the 75 eighth graders chosen is an absolute honor. Likewise, this is a way for me to measure myself against other elite WRs and DBs...and needless to say, I measured up very well against them remarkable football players," Boyd said.

"The UA Game was an awesome overall experience, and I’m so grateful that I was apart of the event. From then Under Armour gets, to the the Players Lounge, to the hotel, to the food...all of it was good. But the practices were “lit” because this is where I showed everyone why I was chosen, but my favorite part was the game by far. Mainly because I caught the 1st TD of the game for Team Reed and this led to the comeback against Team Clark," he added.

Boyd feels like the UA Next Game was the perfect way to end his youth football career, as he prepares to take his talents to high school this fall.

"Overall, it was an awesome experience and I am glad that my [youth] football career ended on such a high note. It’s safe to say that I’m about to start a new journey, and the UA Next Game was a great experience," Boyd said.

For those that haven't seen him in action, Boyd is as smooth as they come at the WR spot. He runs routes with precision and is a threat to make plays deep down the field as well as across the middle. He has breakaway speed and the ability to change direction quickly to make defenders miss. He's a QB's best friends, as he always finds a way to make the tough catch.

His game is progressing nicely as his body and mind continue to grow.

"I know that I am progressing everyday because of the time that I put into the WR position. I often find myself looking at Receivers online and comparing myself to them...and I’m right there with them" Boyd said.

"Plus the fact that I am working with high school WRs on a daily basis is showing me that I am right there with them. However, I still have a ways to go...so my profession is continual," he added.

Boyd will have a major opportunity to put his talent on display again as he recently received an event to compete in NextGen's The Show 2019 this coming June.

For Boyd this will be his second consecutive appearance at The Show.

"It’s really an honor because NextGen is a National reputable organization and the fact that they recognized my talents is an amazing feeling. It makes me want to grind harder to become even more elite," Boyd said.

"Likewise, I’d like to thank Youth1 for writing an article on me as a 5th grader, because the notoriety they they provided me, has really helped me to be where I am today. Which is a Top 10 Wide Receiver in the class of 2023," he added.

2023 WR Ryan Boyd is among the elite talents from his class. With his mix of talent and work ethic, Boyd is surely to be a standout at the next level.

For more on Ryan Boyd, check out his Youth1 Player Profile -> here.