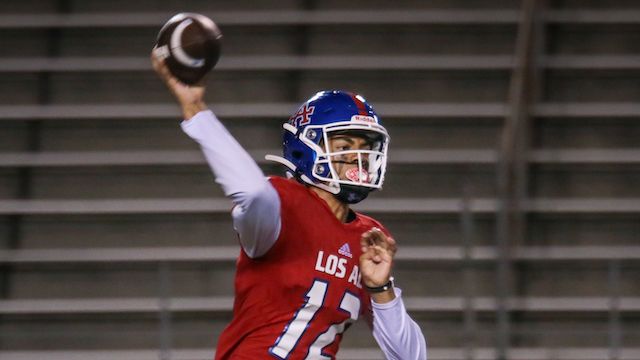 Among the standout Quarterbacks from the 2023 class is Anaheim, California native Malachi Nelson, who has built a reputation as one of 2023's most promising prospects.

Nelson has earned this reputation through his stellar play on the field, his standout performances at elite events, and his dedication to his craft when the lights are off.

The rising star QB most recently shined bright at NextGen's Los Angeles Showcase, where he earned MVP honors. He also earned an invitation to participate in NextGen's main event, The Show, this June. This will be his first time competing at The Show.

"Shows me that my hard work is paying off and people are noticing. I still have a long way to go though," Nelson said of being invited to The Show.

"I love to compete, especially against and with the top players in the nation," he added.

Standing at 6'4 180-pounds, Nelson has all the attributes one would want from their QB. He stands tall in the pocket and delivers one of the most beautiful balls you'll see. Nelson has sound throwing mechanics with his feet, hips, and arm always in sync on his throws. His accuracy and ability to fit the ball into tight windows is remarkable. He also has the arm strength to deliver a strike or a deep ball down field.

"Many say my leadership and calm composure know matter what’s going on. I also really work hard in the mental aspect of the game so I can be a coach on the field, see things before they happen, and be a step ahead," Nelson said when asked of his strengths.

It's no surprise that Nelson has D1 programs salivating over the chance of adding him to their program in the coming years. Nelson has already received 9 D1 offers, including offers from Auburn, Oregon, Georgia, Alabama, LSU, Ohio State, Arizona State, Oregon State, and USC.

"I was overwhelmed by all of them, and they were all special. But USC being so close and my 1st in state offer was cool," Nelson told Youth1.com.

"Honestly, it’s humbling and overwhelming! But it also fuels a fire to be the best I can be," Nelson added on being recognized for his talents.

While the accolades and achievements are appreciated, Nelson is quick to emphasize that there is a lot more work he needs to do. He remains humble and dedicated to honing his craft.

"I’m watching tons of film right now, studying and getting a deeper understanding of the intricacies of both offense and defense. Also, I’m working really hard in the weight room." Nelson said.

"I pride myself on being a complete QB, so I will continue working on all aspects of my craft. But my primary focus right now is getting bigger and stronger," he added.

More than anything, Nelson is a true competitor. He thrives under pressure and embraces the ups and downs that come with being the leader of his team.

"There is nothing like being out there and competing. I love the physicality, speed, and strategy of the game. I also love the pressure of being the QB, knowing my team needs me to make plays is an awesome adrenaline rush," Nelson said.

2023 QB Malachi Nelson is one of the rising stars from his class. His ability on the football field has garnered him much attention and many accolades, however, he's a humble young man focused on the work ahead. He's pleased with his progression thus far, but has big plans going forward.

"I’ve come along way and still have room for so much growth! This last year I’ve grown in my leadership and mental understanding so much," Nelson said.

"Also, being able to play Varsity as a freshman stretched me and prepared me for the lights and speed of the game," he added.

For more on Malachi Nelson, check out Twitter page -> here. 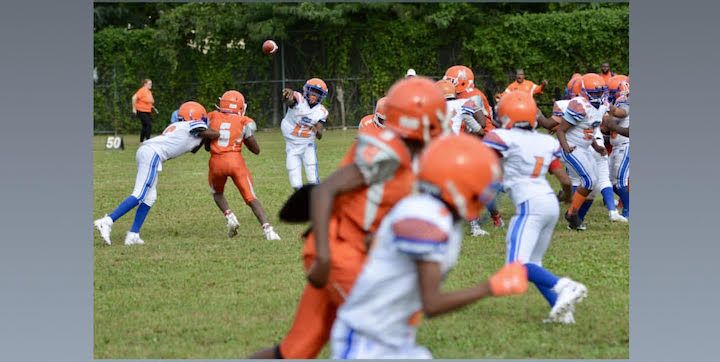