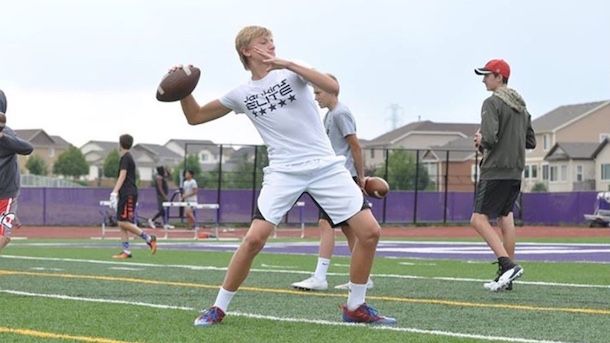 If you’re looking for an excellent example of a “prototypical quarterback,” you need not look further than Jimmy Thomas of Monument, Col. The 2023 athlete is a strapping 6’1” and 155 lbs., has a rocket arm, QB smarts and has been invited to NextGen’s The Show.

Thomas has the talent and ever-growing potential, which he is ready to display at the nation's largest youth football showcase.

“I’m looking forward to putting all my hard work to the test and to compete against the best of the best,” Thomas said. “Iron sharpens iron.”

Watching his highlight video, you can see that he has the characteristics of many successful QBs: a strong arm with accuracy, pocket presence and swift rushing speed. But he is well-aware that it takes constant development to be a success in high school and beyond.

“I feel that it takes more than just someone who can throw a ball well―you need to be quick, a good leader and smart by being able to read defenses and be able to handle pressure,” he said. 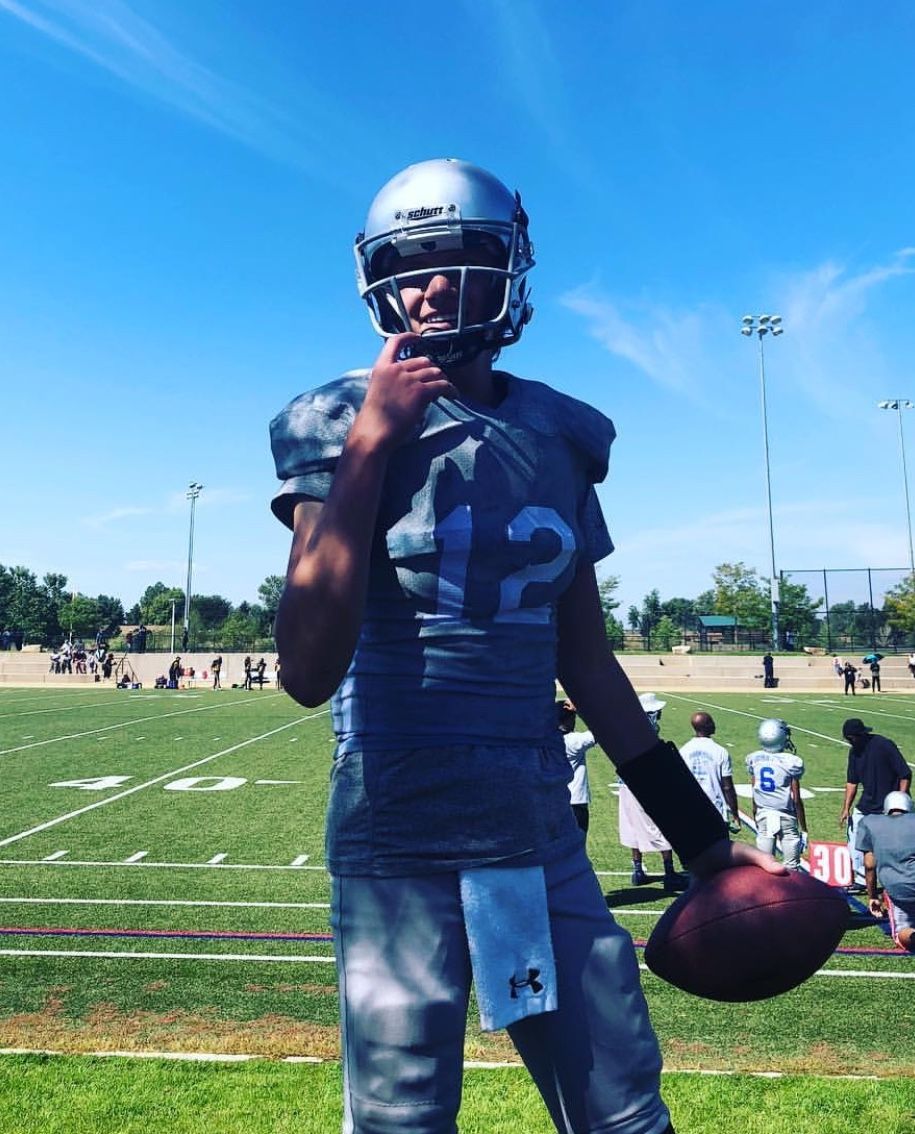 While being picked for The Show is a major accomplishment, Thomas noted, “I think it says that I am pretty good, but I still have a long way to go.” He added that he wants to work on his “mechanics, speed, agility and football IQ. I’m going to keep working on [them] and throw, throw, throw!”

Thomas’ achievements are becoming very impressive: As a QB for Colorado’s Monument Blizzard team in Pop Warner, they won state and regional championships and went to Florida for the Super Bowl; he led the Park Hill Falcons to the DPAL Super Bowl, receiving the MVP/Player of the Year Award; named Football University’s Top Gun; and he was one of eight QBs in the country to get picked for the class of 2023 in NextGen’s TB12 Challenge.

In addition, he has been a Pop Warner All American Scholar for three years in a row, with a current 3.8 GPA at Morning Star Academy middle school.

Thomas is aiming to get better by training and learning from top-tier teachers. During the past five years, Thomas trained with Tim Jenkins, founder and CEO of Jenkins Elite. Jenkins is known as the “QB whisperer,” with several camp attendees committing to play for top universities recently. He also played on the 7v7 summer team with Jenkins Elite, which went undefeated for 2018 and won the championship.

In addition to training with Jenkins, Thomas will be attending a number of camps and working with trainers (including Mike Bolio at Ground Up Sports Performance) to become stronger, faster and smarter. His dream goal is to be to be a Division 1 Quarterback and play in the NFL, much like the player he models himself after, Tom Brady. “He is the best and he has six Super Bowl rings to show for it,” he said.

Thomas has the talent and drive to have “prototypical” success as a QB―in high school and The Show.

For more on Jimmy Thomas, check out his Youth1 Player Profile -> here.