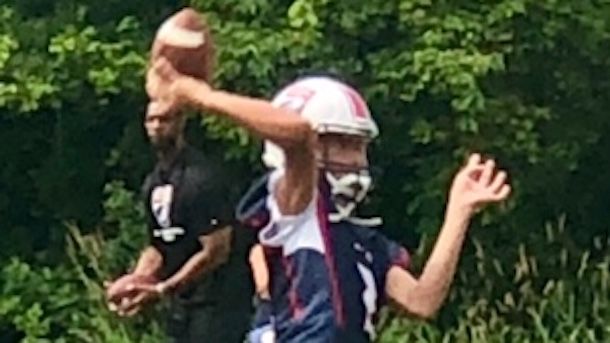 Of the QB prospects from the 2023 class, Jaxon Smolik has built a reputation for being among the elite.

The Van Meter, Iowa native is a smooth passer from the pocket. Accuracy and arm strength are among his strongest attributes. His ability to make all the throws is evident after a brief time watching him play.

Standing at 6'0" 155 lbs., Smolik has great size at his position for his age. He can pick the defense a part from the pocket as well as drop dimes while on the move. Whether it's deep balls down the field or precision passes across the middle, Smolik delivers the ball on target.

One of Smolik's favorite aspects of being a QB is leading his troops into action.

"The adrenaline rush that I get when the football is snapped," Smolik said of his favorite aspect of playing football.

"I play Quarterback mostly and some Linebacker. I like playing QB because I get to be the General on the field. I try to lead by example and try to encourage my teammates to work hard. I enjoy playing linebacker because of how physical you need to be at that position and that I get the opportunity to hit my opponents," he added.

Smolik has been on Youth1's radar for sometime as he recently came in at #59 overall in Youth1's Elite101 rankings released during the fall of 2018. For those unfamiliar, the Elite101 rankings have been a valuable resource for pinpointing the nation's absolute best athletes entering their 8th grade season. 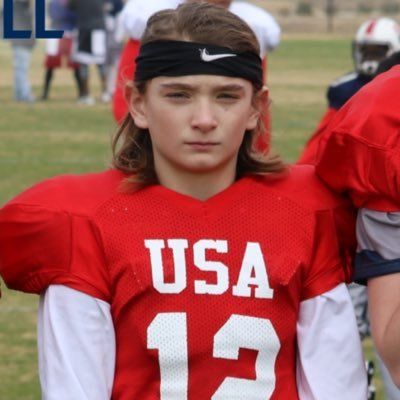 Smolik felt honored to be recognized among the elite athletes in the country.

"I feel honored to be on the Elite101 rankings with such a great group of talented athletes. This makes me want to work even harder," Smolik said.

"What it says about me is that all my hard work is starting to pay off but I know I need to keep working even harder to compete," he added.

Smolik's talent is worthy of praise, and he's sure to only get better from here. Speaking of his strengths, Smolik believes his ability to move from the pocket is among his strongest attributes.

"My arm strength has really made my ability to scramble and throw on the run a strength of mine. I have work really hard on trying to always keep my eyes down field which has also made throwing on the run more effective," Smolik said.

"Another strength of mine is that I always encourage my teammates both during games and at practice," he added.

His talent has garnered him a reputation as one of the rising stars from the 2023 class. Smolik recently attended the NextGen Las Vegas Showcase, where his standout performance resulted in an invitation to NextGen's main event, The Show. The Show is an invite-only event held on June 28-30 in Florida.

"The NextGen camp was a great experience for me and I felt extremely blessed to have been chosen for The Show from such a talent group of QB’s," Smolik said.

"This has given me a good perspective on how well I’m progressing on a national level," he added.

As he prepares for the next level, Smolik plans to continue to improve his game. As good as he is now, he refuses to be satisfied.

"I am working to improve my footwork and drop backs which will also help my accuracy," Smolik said.

"I am going to work on reading the field and defensive coverages to speed up my decision making time."

2023's Jaxon Smolik is a young QB with the talent to take over a game with his throwing ability. He has impressive arm strength and serves as a leader on the field for his team.

With NextGen's The Show around the corner, Smolik will have another prime opportunity to showcase his talent.

For more on Jaxon Smolik, check out his Youth1 Player Profile -> here.