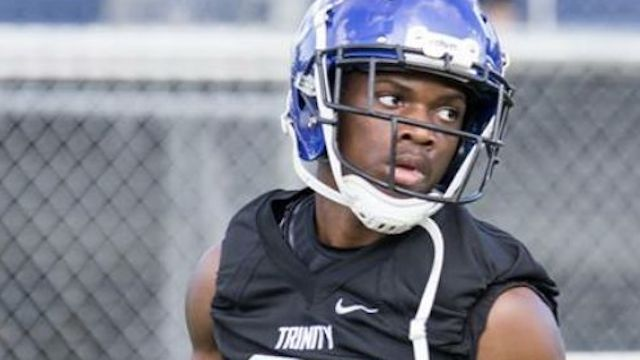 The upward trajectory continues for the talented Treyaun Webb, as the Trinity Christian Academy athlete been selected to the 2019 Youth1 Freshman450. This comes on the heels of Webb being ranked #2 overall on last year's Elite101 rankings.

The 6-foot, 190-pound running back/defensive back from Jacksonville, FL is a highly sought after recruit, holding offers from the University of Miami, University of Florida, University of Georgia, Georgia Tech, University of Tennessee, Auburn University, Savannah State, Valdosta State and Florida Atlantic.

Webb is humbled to earn the achievement from Youth1.

“It’s an honor and a blessing to be considered among the best in the nation,” Webb said. “I still have a long way to go but to be recognized is an honor.”

In terms of all the attention he’s garnered from colleges, Webb is flabbergasted. 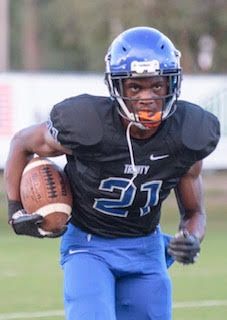 Webb says making the Freshman450 is further evidence that his efforts are being recognized.

“It’s saying that my hard work is definitely paying off,” Webb said.

Despite the accolades, Webb is still striving to improve his game for the next level. Webb lists three areas he’s targeting.

“I would like to improve on my receiving and pass blocking,” Webb said. “Also my field vision, We have worked really hard this offseason on being patient and understanding cut back lanes. I now pay more attention to not only my assignments but my lineman’s assignments also. Understanding that has helped me to be more patient for holes to develop when my lineman pull.”

Webb outlines the advantages that he brings to the field.

“My strengths are my explosiveness and my athleticism, plus the fact that I can play multiple positions,” Webb said.

Webb has strong passion for football and is appreciative of the chance to push himself to the limit.

“What I love the most about the game of football is being able to compete at a high level,” Webb said.

As a two-way player, Webb finds unique satisfaction on each side of the ball.

“I love playing RB because it sets the tone of the game and it controls the clock,” Webb said. “I love DB because it’s an island out there and you’re going one-on-one with your opponent.”

“I feel that I have progressed both physically and mentally over the last few years. I play for a private school so I was able to play at a high level early on,” Webb said. “I played high school JV in the 7th grade and high school varsity as an 8th grader.”

Webb adds that the opportunities he’s gained at Trinity Christian are molding him for the collegiate level.

“I have been blessed to have started a high school varsity game as an 8th grader. We were one game away from the state championship last season. I backed up Marcus Crowley who is now a freshman at Ohio State,” Webb said. “Being able to gain valuable experience at such an early age has allowed me to get exposure that I wouldn’t have seen for another two or three years.”

Webb tries to take elements of this star’s game into his offensive attack.

“I look up to Odell Beckham because he is the type of player that defensive coordinators have to game plan for,” Webb said.

The accolades keep flowing in but the grind doesn’t stop for the promising Webb.

“I will be attending the Rivals camp, the Under Armour camp and the Opening camp,” Webb said. “I train at least twice a week in the offseason so crafting definitely helps for when I attend specific camps.”

For more on Treyaun Webb, check out his Youth1 Media Profile -> here.

View some of Webb's highlights below.