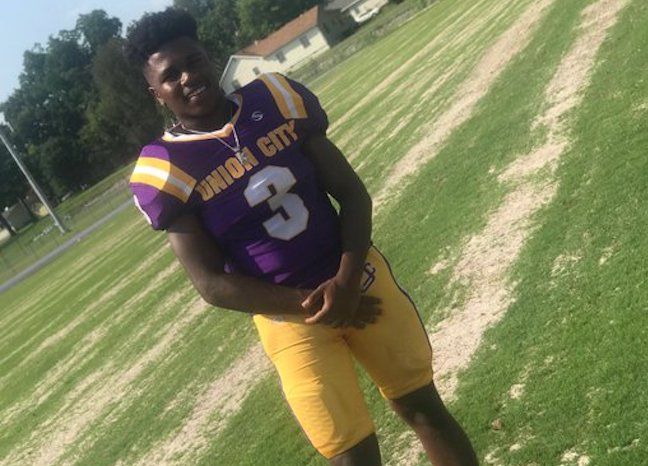 Kyrell Littleton is one of the best players from the Union City, TN area in the Class of 2022.

The 5-foot-10, 175-pound Littleton, who attends Union City High School, is a dynamic player that works as an inside/outside linebacker and safety. 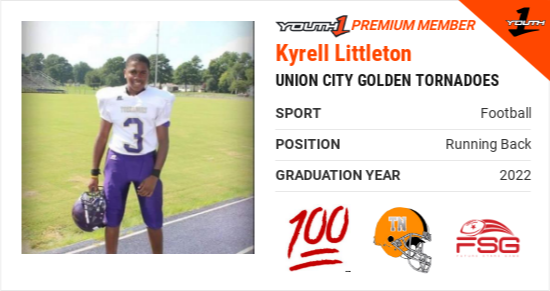 Littleton is humbled by the accolades.

“This recognition lets me know I’m on the right path, but I have to get better,” Littleton said.

Littleton describes a personal obstacle that he’s risen above along his football journey.

“A challenge I’ve overcome was coming back better after my surgery,” Littleton said. “It took a lot of hard work but I’m proud that I made it through and now feel even stronger than before.”

“My favorite memory is scoring the game-winning touchdown,” Littleton said. “It meant a lot to have the coach put the ball in my hand in a game winning situation.”

Littleton has learned many valuable lessons from playing basketball that he applies to his everyday life.

“Life is like football because you have to be mentally tough,” Littleton said. “You have to always do your best and have a positive attitude if you want to be successful.”

Littleton discusses what separates him from other players.

“What sets me apart from other players is my ability to play multiple positions,” Littleton said. “I believe my versatility makes me a weapon on the field and gives coaches a lot of options.”

Littleton takes his role as one of the leaders on the team very seriously. Littleton makes sure he’s a daily positive influence on his peers.

“I demonstrate being a good teammate by setting the tone,” Littleton said. “The best advice I’ve given is keep your head up because you’re only promised one snap at a time.”

Littleton is appreciative of having amazing male role models that are supportive.

“I’ve learned how to be a better teammate and a man from my coaches,” Littleton said. “The best advice my coach has given me is to not make any excuses. I’m in control of how I react to situations.”

The talented Littleton had a game this season in which he amassed 13 tackles.

Littleton breaks down his training routine.

“I do a power clean workout with squats and bench press,” Littleton said. “It’s important to me to be able to have a consistent workout plan so I can develop.”

Littleton patterns his mentality after this MVP candidate.

“I look up to Dalvin Cook,” Littleton said. “He’s a humble player and lets his actions speak. I really respect that a lot.”

Littleton is constantly striving for greatness in everything that he does.

“My goal is to become better,” Littleton said. “Becoming better brings championships. That’s what matters the most to me”