2022 RB Denim Edwards is one of Florida's best playmakers

2022 RB Denim Edwards is one of Florida's best playmakers 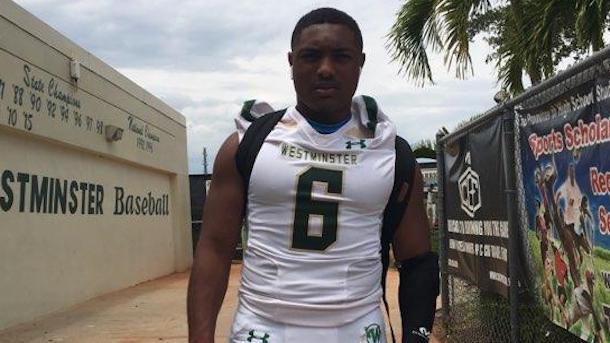 Denim Edwards is one of the best players from the Miami, FL area in the Class of 2022.

The 5-foot-8, 185-pound Edwards, who attends Westminster Christian School, is a dynamic player that works as a running back and safety.

Edwards, who was a member of Youth1’s Freshman450 list last year, explains his strengths on the field.

“Some of my strengths would have to be my ability to adapt, composure, game-breaking speed, and my overall determination to win football games,” Edwards said.

Edwards shares the aspects of playing running back and safety that he enjoys. 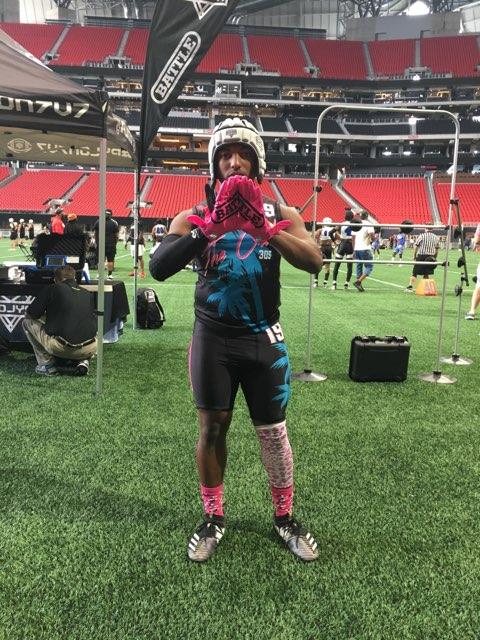 “Currently, on the offensive side of the ball I play running back. I really enjoy the feeling free when I run while carrying the ball and running by people to get to the end zone,” Edwards said. “On the defensive side of the ball, I play safety. Just dreaming about putting my helmet under a receiver's chin, separating the ball from an opponent, and getting interceptions makes my blood pump to the utmost degree.”

Edwards patterns his play after this rising running back.

“My favorite player would be Saquan Barkley because I love everything about his game. He possesses the speed, power, shifty moves, vision and so much more that I like about a great football player,” Edwards said. “I look up to Saquan Barkley because of his willingness to block for others and being able to keep his composure even when he is struggling to make yards and score during a game.”

Edwards has a strong passion for the game of football. This is shown through his actions and behavior on the field.

“My favorite part of playing football is being a leader on and off the football field, having fun with my teammates, and scoring touchdowns,” Edwards said. “I like playing football because it also gives me an adrenaline rush.”

Edwards does his best to show strong leadership to his teammates. It’s important to Edwards that he sets a positive example on his peers.

“Personally, I believe I show leadership through my work ethic on and off the football field. I motivate my teammates in whatever we need to accomplish. Whatever needs to be done, I try to do it with 100 percent effort put forth. I also try to make the Honor Roll at school every quarter,” Edwards said. “I try to tell my teammates to never be afraid of the bright lights. Also, it's okay to be nervous before the game but relax and embrace making mistakes. I remind them that we all have to remain academically eligible to play football every season.”

Edwards has improved in many aspects since being selected to the Freshman450. Edwards excitedly lists the strides he’s made in the last year.

“I feel as though my game is definitely maturing and after having a year under my belt for varsity football. The game speed is not too fast for me and my abilities,” Edwards said. “Ultimately, I think that I have blossomed into the total package for a football player. I am an all-around athlete.”

“I am participating in spring ball as well as being a major part of a 7-on-7 travel football team. I recently attended the University of Miami camp this June, which I ran a 4.47 and 4.53 in the 40 yard dash,” Edwards said. “Additionally, I train with Coach Jerry Seymour for my running back position; and, I train with Coach Antonio Robinson for conditioning. I also participate in weightlifting at my school during the summer break.”

“During my football season as a freshman while still enrolled at Gulliver Preparatory School, I made All-Conference as a linebacker in the 4A Division,” Edwards said. “I also received the Rookie of the Year award for being the most outstanding freshman player. I made Third Team Miami-Dade (All-Dade County) as a linebacker. Recently, before the spring game I set certain goals I wanted to achieve on the field and in the weight room. I accomplished those goals, which were: for the spring game I wanted to rush for 175 yards and one touchdown, at the end of the game I ended up with 250+ rushing yards and two touchdowns.”

Edwards outlines what he needs to work on to take his game to the next level.

“I am working on my balance skills,” Edwards said. “I plan on working on my vision as a running back. I plan on studying the game of football more intensely by reading and learning game film, so that I can apply these skills to my game.”