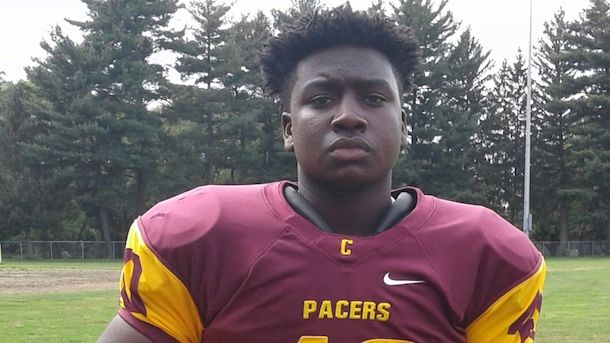 Among the impressive defensive players from the 2022 class is linebacker David Charles II, who's making a name for himself as a tackling machine.

Charles is a tough linebacker that really shines when hunting down ball-carriers. His ability to read the offense and make a play on the ball stands out on film. He's a hard hitting tackler that enjoys wreaking havoc on the opposition.

"My favorite part of playing football is reading my keys assigned for the week and hitting," Charles said.

Standing at 5'10" 198 lbs., Charles excels at filling the gap and making a big hit. He hits hard with sound form tackling, that prevents the opposing back from slithering away from his grasp. He's patient in his diagnoses of the offense to ensure he makes the right read. Once he reads the offense's play, he uses his speed to put a quick end to it with a big tackle.

"I enjoy Linebacker the most because you have to use your brain by reading the play and your strength by making the tackle," he added.

Charles is the first freshman to ever start on his school's varsity football team. He broke the varsity tackling record with 42 tackles in his first 4 games of the season (10.5 average per game).

"Some of my strengths on the field are defending against the run, reading my guard key, recognizing and adjusting my defense to different formations and encouraging my teammates after they make a great play or even after a mistake," Charles said.

With the position he plays and the amount of leadership he shows on the field, it comes as no surprise that Charles looks up to one of the greatest linebackers of all-time.

"I look up to Ray Lewis. He is retired but still the greatest linebacker to ever play the game. He was an all-around player, he could destroy the run as well as get back into coverage and get a pick," Charles said.

"Currently, I like to watch Luke Kuechly, he is also a good all-around linebacker," he added.

2022 LB/TE David Charles II is one of 2022's toughest linebackers. He plays with heart and a level of pride that you cannot teach.

He's motivated to take his game to another level.

"One area of my game that I am improving on is my coverage skills. A lot of teams we’ve played against run the spread offense, so good coverage skills are important," Charles said.

"For the next level, I will continue to work on my speed, explosiveness and film watching."

For more on David Charles II, check out his highlights below.