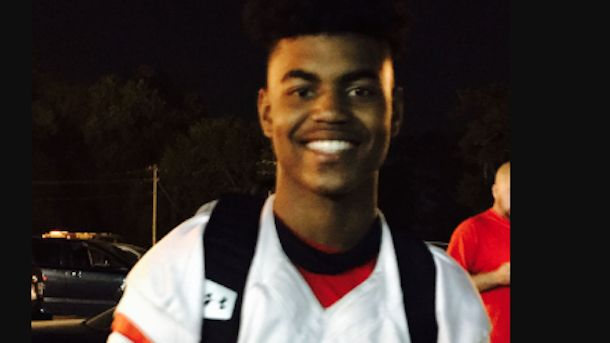 Among the rising stars from the 2021 class is WR Phillippe Wesley II. Wesley is a playmaking receiver that serves as a leader on the field for his teammates. He has all the ability you'd want in a top-notch receiver including great speed, strong hands to snatch the ball out of the air, and the ability to rack up YAC and touchdowns once he gets the ball in his hands.

Wesley's buzz around the nation as one of 2021's elite Receivers has continued to rise over the past couple of years. His most recent standout performance came at NextGen's The Show 2018, where he was named to the All Show 1st Team and a Top Performer by Youth1 Media.

"I was excited about it," Wesley said of being named a Top Performer at The Show 2018.

"There were other players who could’ve gotten selected so I was humbled when my parents told me I was going to get the award," he added.

For Wesley, it was another opportunity to show what he can do on a big stage. Something he takes great pride in.

"Having a strong performance at The Show says that I can compete and win against the top players in the nation. Last year I was named as second team All Show as a Cornerback so I was happy that I had improved so much as a Wide Receiver to be awarded with the first team All Show honor," Wesley said.

Standing at 5'11", Wesley has solid size for a WR and is obviously still young enough to continue to grow. He's a tireless worker that's dedicated to becoming the best football player he can be.

"I’ve been training with former NFL players Samie Parker and Jermaine Saffold. I also had an opportunity to train with my mentor Mike Harley Jr. who is an Army Bowl All-American and is a Wide Receiver for Miami," Wesley said.

Speaking on his progression, Wesley noted he's become an overall better Receiver as he's worked to perfect the fine details of his craft.

"Over the past year I’ve learned so much and have seen a lot of growth with my ability to beat the press. I feel like I’ve got more explosive off the ball and wicker out my breaks which help me create separation," Wesley said.

"I was a starting WR for Bishop Miege as a freshman. I am grateful to Coach Jonathan Holmes for believing me. I think that experience helped me learn how to play the game at a fast pace. I ended my varsity season with 15 catches, 19.3 yards per game, 14.1 yards per catch, 3 TDs, 212 Total yards," he added.

Perhaps most noteworthy, Wesley received an offer from Arizona State on May 25th.

"I was excited to talk with Coach Likens. He said I have a lot of potential and he was surprised that I’m only 14 years old. I also had a chance to compete in front of Herm Edwards and the Wide Receiver coach Charlie Fisher at Whittier College. ASU has a great coaching staff and I can’t wait to make my official visit," Wesley said.

2021 WR Phillippe Wesley II is a rising star from his class. He's a talented receiver who we could see doing damage for a top college program in the near future. After a stellar performance at The Show 2018 and an offer received from Arizona State, it appears more success is on the horizon for Wesley.

Take a look at his highlights below.