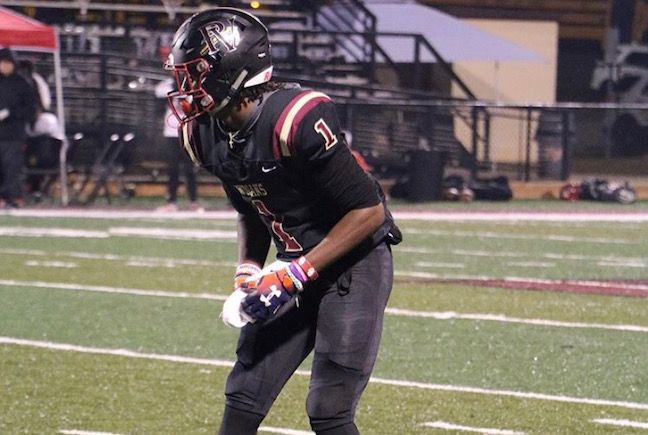 GaQuincy McKinstry, aka Kool-Aid G, is Alabama’s No. 1 recruit in the Class of 2021.

The 6-foot, 180-pound McKinstry, who attends Pinson Valley High School, is a dynamic player that works as a cornerback and wide receiver. 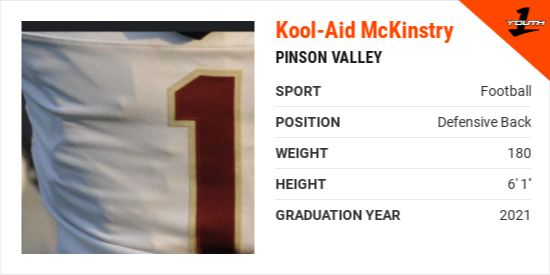 247Sports projects Auburn as having the best odds of landing him, with Alabama, Clemson and LSU as the other main contenders.

When you check out his Hudl highlights that’s already been viewed over 38,000 times, it’s clear to see why McKinstry is in such high demand. McKinstry possesses blazing speed (4.55 40-yard dash), strong coverage skills on defense and terrific hands on offense.

McKinstry has earned plenty of recognition during his career, such as being a two-time First-Team All-American. McKinstry is humbled by the accolades and believes they’re a testament to his diligent grinding.

“To me it just really means that all my work is paying off,” McKinstry said.

No matter the opponent, every game McKinstry is determined to give it his all.

McKinstry is going all out.

The motor is always at full throttle whenever McKinstry steps between the lines.

“My mindset is to kill, be great and have amazing confidence,” McKinstry said.

McKinstry has great passion and energy whenever he’s on the field. McKinstry tells why he enjoys the game of football so much.

McKinstry has learned many valuable lessons from playing football that he applies to his everyday life.

“I’ve learned that when you get knocked down, you have to get back up,” McKinstry said.

“My favorite memory is walking in the end zone to score in a rival game to go to states,” McKinstry said

McKinstry takes his role as one of the leaders on the team very seriously. McKinstry makes sure he’s a daily positive influence on his peers.

“I demonstrate being a good teammate by making sure that I’m leading by example,” McKinstry said. “The best advice I give is to work hard at all times because you never know who is watching.”

McKinstry is appreciative of having amazing male role models that are supportive.

“I’ve learned the game and got a better football IQ. Football teaches you how to be a better man every second,” McKinstry said. “The best advice I’ve gotten is to just be myself.”

McKinstry lists math as his favorite subject in school.

“It just comes easy to me,” McKinstry said.

McKinstry is striving for greatness in all that he does, both on and off the field. With all eyes on him as a heavily coveted prospect, McKinstry understands the influence he wields and desires to use it in a beneficial manner.

“I want to be Mr. Football and to be a better person to set an example for the young guys around the city,” McKinstry said.