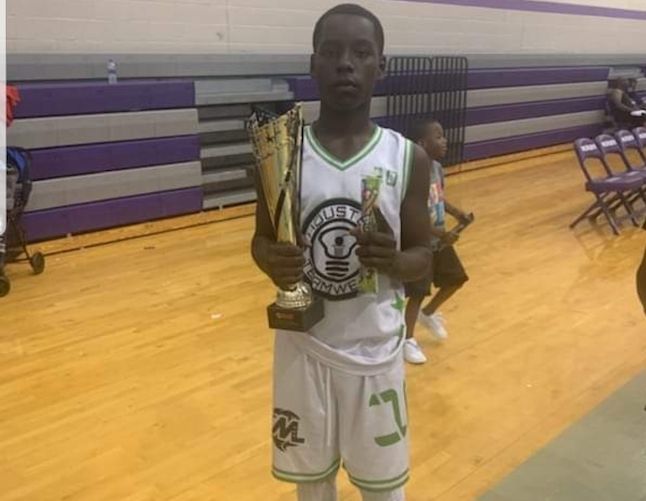 Dacameron Ford is one of the best players from the Houston, TX area in the Class of 2025.

The 5-foot-5 Ford, who attends Claughton Middle, is a dynamic player that works as a small forward for Hoop Dreams Elite.

Ford has earned plenty of recognition during his career and is grateful to showcase his skills against top-notch talent.

“It feels good to know that I'm getting recognized by many different coaches/people,” Ford said. “It feels great to know my dedication is paying off when people/coaches are coming up to my parents and coach asking if I can participate in different events and training camps.”

No matter the opponent, every game Ford is determined to give it his all.

Ford is going all out.

The motor is always at full throttle whenever Ford steps between the lines.

“My mindset is to keep my opponent from going to the hole and on my end to make good decisions and not to give up the hustle,” Ford said. “It makes me feel good. I like to give ppl a show.”

Ford has great passion and energy whenever he’s on the hardwood. Ford tells why he enjoys the game of basketball so much.

“I love the hustle,” Ford said. “The different competition levels makes you stay focused. I love the competition.”

Ford has learned many valuable lessons from playing basketball that he applies to his everyday life.

“Playing has taught me to never give up even when times get hard,” Ford said.

“When I won MVP at a tournament and it was on YouTube,” Ford said. “There was a game where we were down. I scored 6 points to put us back in the game and we won but every moment I touch the court is a good moment.”

Ford takes his role as one of the leaders on the team very seriously. Ford makes sure he’s a daily positive influence on his peers.

“I demonstrate being a good teammate by not letting my team down or giving up on my team in the game,” Ford said. “The best advice I give is to never give up and have confidence in everything you do.”

Ford is appreciative of having amazing male role models that are supportive.

“I’ve learned that I'm a huge part of the team and this is just not about the game,” Ford said. “I gained a brotherhood with my teammates and I look up to my coach even though he is hard on us.”

Ford patterns his mentality after this three-time NBA champion and four-time NBA MVP.

“I look up to LeBron James because I feel like he is great and the best player,” Ford said. “Even when he is down, he doesn't give up. Also, he’s a team leader and that's the direction I'm in.”

Ford lists math and science as his favorite subject in school.

Ford is striving for greatness in all that he does.

“I want to be a leader on and off the court. I want to go to college one day and make it to the NBA/NFL, so I can make my parents proud,” Ford said. “Without them I wouldn't be who I am today, so I know hard work and dedication determination will get me far.”