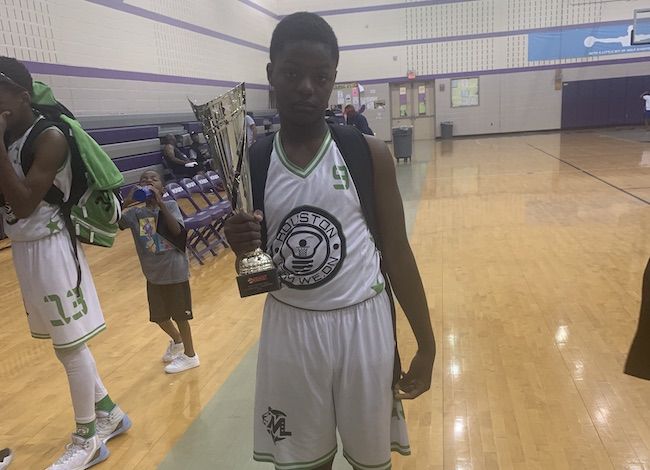 Cedric Henderson is one of the best players from the Houston, TX area in the Class of 2025.

The 5-foot-7, 114-pound Henderson, who attends Cunningham Middle School, is a dynamic player that works as a center for Hoop Dreams Elite. 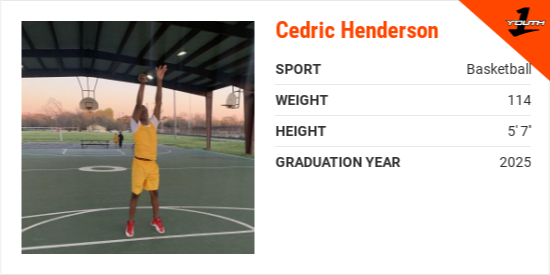 Henderson has earned plenty of recognition during his career, such as being 3rd place overall in his district academically and named Rebounder of the Year.

Henderson is grateful for the accolades.

“The recognition of those awards make me feel like I can succeed at whatever I put my mind to and I’m at a wonderful start so far,” Henderson said. “It was very fun to be with my teammates and friends.”

“My mindset is that I am the best at the position but I can be better,” Henderson said.

Henderson has great passion and energy whenever he’s on the hardwood. Henderson tells why he enjoys the game of basketball so much.

“I love the feeling of having an intense game, the pressure and knowing I have to give my all,” Henderson said.

Henderson has learned many valuable lessons from playing basketball that he applies to his everyday life.

“Playing has taught me that you win some, you lose some but you  live to try again and keep pushing,” Henderson said.

“My favorite memory was when I went to Atlanta for Nationals,” Henderson said. “I got to see Carmelo Anthony in real life.”

“I demonstrate being a good teammate by correcting my teammates when they mess up, reminding them to remain positive and that there is no I in team,” Henderson said. “The best advice I give is keep because playing the score doesn't mean anything.”

“I’ve learned that life is hard but if I keep going and pass any obstacle I can’t be stopped,” Henderson said. “The best advice I’ve gotten is that mistakes don’t mean anything, just keep trying until you finally do achieve your goals.”

Henderson patterns his mentality after this two-time NBA champion and NBA MVP.

“I look up to Kevin Durant as my idol,” Henderson said. “He has many different ways that he can score against any defender.”

Henderson lists reading as his favorite subject in school.

Henderson is striving for greatness in all that he does.

“My goal is to do something with my life to help out my family,” Henderson said.