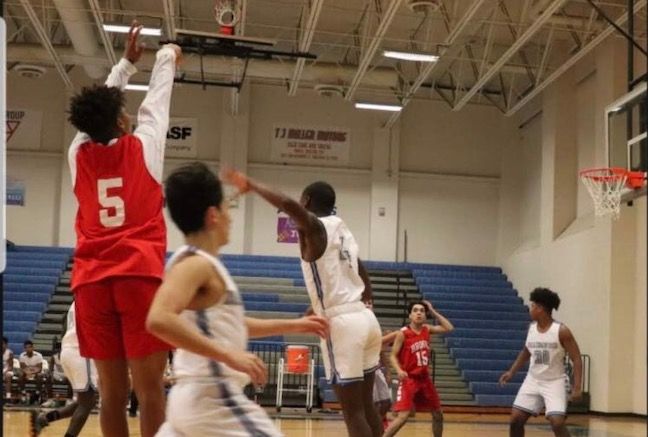 Michael Lewis is one of the best players from the Houston, TX area in the Class of 2023.

The 5-foot-8 Lewis, who attends Clear Brook, is a dynamic player that works as a point guard and shooting guard. 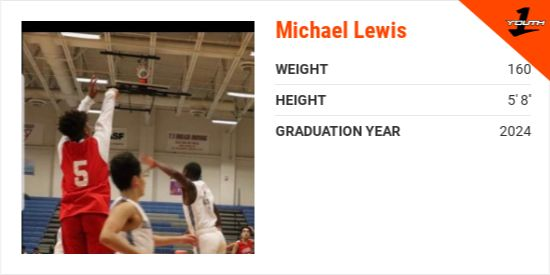 Lewis has earned plenty of recognition during his career, such as amassing awards at various tournaments.

Lewis is humbled by the accolades.

“They don’t mean anything because people can get better and work hard any time and train to get those awards,” Lewis said. “It was fun, a lot of playing around, getting good and bonding time with your teammates you’re with.”

No matter the opponent, every game Lewis is determined to give it his all.

Lewis is going all out.

The motor is always at full throttle whenever Lewis steps between the lines.

“My mindset for my position is to get my teammates open shots and bring them up when they do something wrong,” Lewis said.

Lewis has great passion and energy whenever he’s on the hardwood. Lewis tells why he enjoys the game of basketball so much.

“I love basketball because you can spend quality time with teammates and go out of town and there’s so much love and support,” Lewis said.

Lewis has learned many valuable lessons from playing basketball that he applies to his everyday life.

“It’s taught me a lot and not to argue with people and keep my cool,” Lewis said.

“My favorite memory is when my dad and I used to go play basketball at Tx Ave,” Lewis said. “I was 7 and they would let me play with them to get better.”

Lewis takes his role as one of the leaders on the team very seriously. Lewis makes sure he’s a daily positive influence on his peers.

“You pick your teammates up when they’re doing something wrong. You don’t scream at them and you talk to them calmly,” Lewis said. “The best advice I give is to tell them not to scream at anyone. Pick them up and instruct them what to do.”

Lewis is appreciative of having amazing male role models that are supportive.

“The best advice my coach ever told me is to keep my head and never scream at a ref or teammate,” Lewis said.

Lewis patterns his mentality after this NBA champion point guard.

“I look up to Kyrie Irving because that’s my favorite player and the way he plays basketball is beautiful,” Lewis said.

Lewis lists science as his favorite subject in school.

“You get to learn a lot about cool and new things,” Lewis said.

“I would love to go to Duke because they have a good organization and coaching and I’ve been loving them since I was 7,” Lewis said.

Lewis is striving for greatness in all that he does.

“My goal is to get a scholarship,” Lewis said. “I don’t care if it’s D-I, D-II, etc. I just want an education and to go to school and play basketball.”