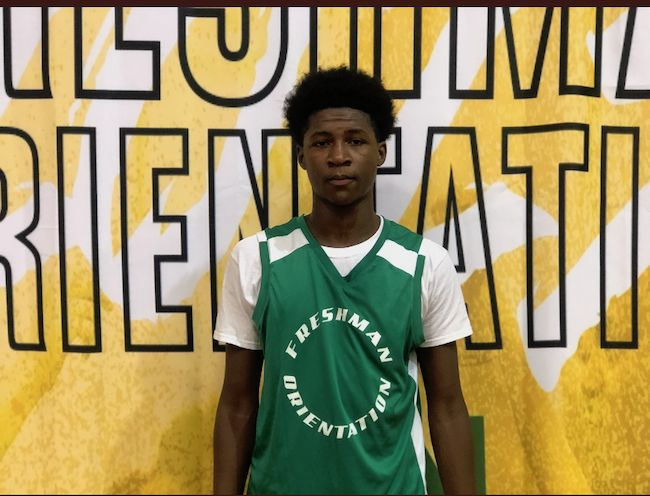 Broderick Jackson Jr. is one of the best players from the Houston, TX area in the Class of 2023.

The 6-foot, 165-pound Jackson Jr., who attends Dickinson High School, is a dynamic player that works as a point guard and shooting guard for the Houston Defenders. 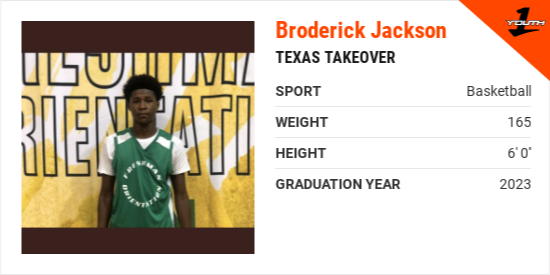 Jackson Jr. has earned plenty of recognition during his career, such as being selected to All-Star games, winning MVP awards, and earning Houston area Top 50 freshman honors.

“It means that the hard work that I put in to get better is paying off and getting me recognized,” Jackson Jr. said. “It was a very good experience. I played against the best of the best at the camp, so I had fun and it also was very competitive.”

No matter the opponent, every game Jackson Jr. is determined to give it his all.

Jackson Jr. is going all out.

The motor is always at full throttle whenever Jackson Jr. steps between the lines.

“My mindset is to create, make my teammates better, spread the floor and find the open man,” Jackson Jr. said.

Jackson Jr. has great passion and energy whenever he’s on the hardwood. Jackson Jr. tells why he enjoys the game of basketball so much.

“I love just being on the court,” Jackson Jr. said. “I love the court and the atmosphere of it makes me comfortable.”

Jackson Jr. has learned many valuable lessons from playing basketball that he applies to his everyday life.

“Playing basketball has taught me how to be a leader and also never quit,” Jackson Jr. said.

“We went to Dallas for a tournament and we played a team that we knew was older than us but I still didn’t care,” Jackson Jr said. “We won the game by 17 and I had 16 points.”

Jackson Jr. takes his role as one of the leaders on the team very seriously. Jackson Jr. makes sure he’s a daily positive influence on his peers.

“I lead by example, stay focused, never give up, motivate my teammates and respect my coaches,” Jackson Jr. said. “The best advice I give is to always play hard, never give up, and leave it all on the court.”

Jackson Jr. is appreciative of having amazing male role models that are supportive.

“I’ve learned to be a leader, have respect,never give up and also to become a better young man,” Jackson Jr. said. “They’ve taught me to always surround myself around positive people and remain humble.”

Jackson Jr. patterns his mentality after this standout.

“I look up to Kyrie Irving because he is fearless and also a great team leader,” Jackson Jr. said. “He is never scared of competition and he makes other players around him better.”

Jackson Jr. lists biology as his favorite subject in school.

“I love to see chemicals and learn about animals and your body,” Jackson Jr. said.

“I would love to play at the University of Texas Longhorns,” Jackson Jr. said. “Ever since I was a kid, that's just been my fit.”

Jackson Jr. is striving for greatness in all that he does.

“On the court, my goal is to make it to the next level, which is college basketball,” Jackson Jr. said. “Off the court, I would love to go to college to be a Marine Biologist or Chemical Engineer.”