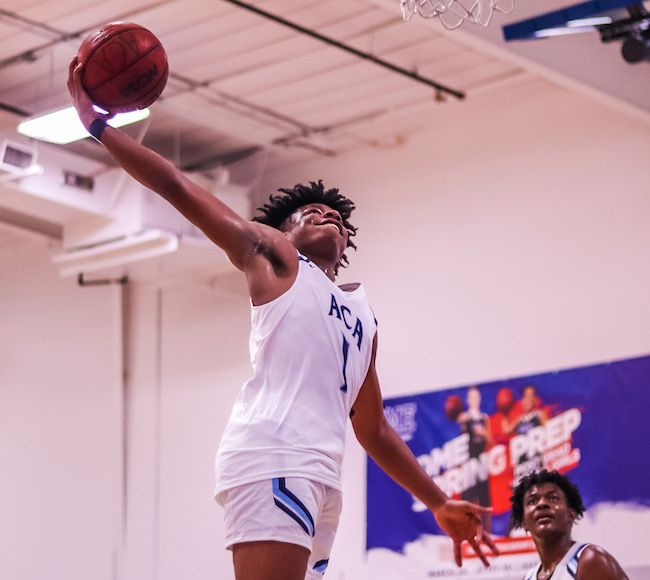 Jamal Jacobs is one of the best players from the Clearwater, FL area in the Class of 2022.

The 6-foot,165-pound Jacobs, who attends American Collegiate Academy, is a dynamic player that works as a point guard for the Tampa BayHawks. 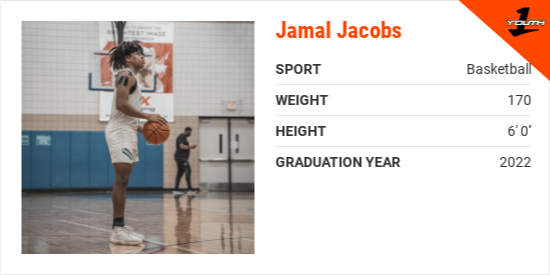 No matter the opponent, every game Jacobs is determined to give it his all.

Jacobs is going all out.

The motor is always at full throttle whenever Jacobs steps between the lines.

“My mindset at my position is to create for others on my team while also having the mindset to create for myself as well,” Jacobs said.

Jacobs has great passion and energy whenever he’s on the hardwood. Jacobs tells why he enjoys the game of basketball so much.

“What I love the most about playing is being able to get better every day and being able to showcase my talents on game nights,” Jacobs said.

Jacobs has learned many valuable lessons from playing basketball that he applies to his everyday life.

“Playing basketball has taught me no one cares about your mistakes,” Jacobs said. “Have a short term memory and get better at the stuff you fail at.”

“My favorite memory while I was playing is when I competed against IMG Academy because I played again the best of the best and got to play against top tier talent,” Jacobs said.

Byron Batchelor is in his first year coaching Jacobs with the Tampa BayHawks.

“He’s a good shooter and scrappy defender,” Batchelor said. “I like that Jamal plays hard. He’s going to compete.”

Jacobs takes his role as one of the leaders on the team very seriously. Jacobs makes sure he’s a daily positive influence on his peers.

“I demonstrate being a good teammate by giving relentless effort on every possession, being a leader in the classroom, and striving to improve,” Jacobs said. “The best advice I’ve given my teammates is always go hard and don’t take the game for granted.”

Batchelor adds that Jacobs is one of those consummate teammates that every squad needs to be successful.

Jacobs is appreciative of having amazing male role models that are supportive.

“I’ve learned it’s more than basketball. Don’t take the game for granted. Always respect the game and give maximum effort because before you know it the time will be up,” Jacobs said. “If you want to become great you have to make sacrifices with everything you do that is fun in your life and give it all to the game.”

Batchelor is an advocate of Jacobs’ capabilities.

Jacobs is on the grind to perfect and hone his craft in any way possible.

“Jamal is a very hard worker,” Batchelor said. “He’s always working in the gym to get better.”

Jacobs patterns his mentality after this gritty point guard.

“My favorite player is Patrick Beverley because he is a dog on defense, fears nobody, has that killer instinct that not much players have, and he gives it his all on every possession,” Jacobs said.

Jacobs lists math as his favorite subject in school.

“I like doing numbers and I love money,” Jacobs said. “Without your knowledge in math, how can you invest and count your money?”

“Honestly I don’t have a dream college,” Jacobs said. “I want to go where I feel welcome and be given the opportunity to play at the next level.”

Jacobs is striving for greatness in all that he does.

“I want to be the best version of myself and don’t let anyone determine on how I perform,” Jacobs said.

Batchelor explains areas of Jacobs’ game that if improved upon can elevate his impact on the floor.

Batchelor believes the sky is the limit as long as Jacobs continues to stay hungry.

“Jamal has a great work ethic and with that I feel if he continues to work and improve he’ll play some level of college ball,” Batchelor said.