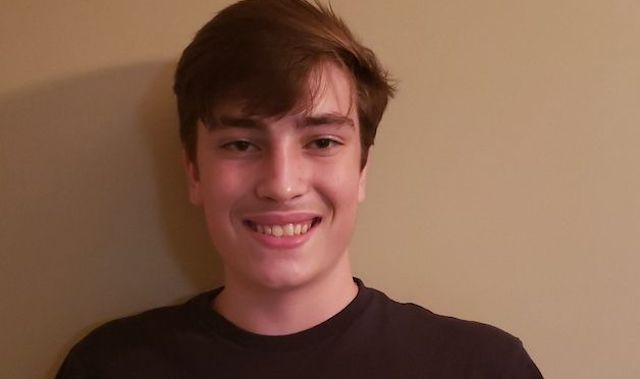 Zaimes Hall is one of the best players from the Poplar Springs, FL area in the Class of 2021.

The 6-foot, 140-pound Hall, who attends Poplar Springs High School, is a dynamic player that works as a point guard. 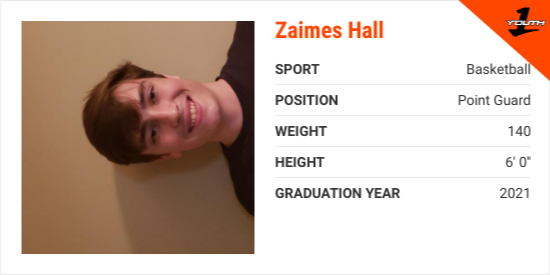 Hall has achieved plenty of success during his outstanding career, such as making the most 3s and having the highest 3-point percentage last year for Poplar Springs.

Hall is glad he can step up for his team.

“Those accomplishments are important to me but I would like to improve and do better this year so my team and I can win more,” Hall said. “It was a great experience and I would like to win more games so I can experience that again.”

No matter the opponent, every game Hall is determined to give it his all.

Hall is going all out.

The motor is always at full throttle whenever Hall steps between the lines.

“My mindset is to be a leader and do whatever it takes for my team to win,” Hall said.

Hall has great passion and energy whenever he’s on the hardwood. Hall tells why he enjoys the game of basketball so much.

“What I love the most is that great feeling when you hit a shot and the crowd goes wild,” Hall said.

Hall has learned many valuable lessons from playing basketball that he applies to his everyday life.

“Playing basketball has taught me that you're going to win some and lose some but you’ve just got to keep working,” Hall said.

“My favorite memory of playing is making it to the district championship last year,” Hall said. “And I choose this because our team did something at our school that hadn't been done in a long time.”

“Any time you have a player shooting north of 40 percent on threes going into their junior year you have a weapon. Most high school players are one-dimensional, either they shoot well or drive well,” Owen said. “Zaimes shoots at a really high percentage while also possessing the ability to get to the rim. One thing that helps him on his drives is his craftiness. Passing and shot fakes are a great tool and he has mastered the use of both of them.”

“One thing that sticks out with Zaimes is his dedication to the fundamental side of the game. Whether it is shooting form, jumpstops, fakes or whatever else he is rarely not doing something the correct way,” Owen said. “His strive to excellence shows when you see him play or practice.”

Hall takes his role as one of the leaders on the team very seriously. Hall makes sure he’s a daily positive influence on his peers.

“I demonstrate being a good teammate by being a leader and by encouraging my teammates when they make mistakes,” Hall said. “The best advice I give to my teammates is to not worry about the last play but to focus on the next one.”

Owen adds that Hall is one of those consummate teammates that every squad needs to be successful.

“When I think of the guys on my team that come to work every day with a mindset that is focused on getting better, Zaimes is in that group near the top. His teammates know that they can and must follow his leading,” Owen said. “In games he is constantly talking on the court and in timeouts. He is a student of the game and understand what we need to be doing and the ‘why’ and tries to convey that to his teammates.”

Hall is appreciative of having amazing male role models that are supportive.

“My coaches have taught me a lot about being accountable for my actions and I think that has made me a better person,” Hall said. “The best advice I’ve gotten is that when adversity strikes you’ve just got to keep on fighting.”

Owen is an advocate of Hall’s capabilities.

“Last year we went into a game at Paxton. We were the best two teams in our district and we both carried 12+ game winning streaks into the game,” Owen said. “We trailed by 3 in the closing seconds and with 5 seconds left in the game Zaimes hit a contested 3 in the corner that sent the game into overtime. Zaimes had 22 games where he made at least three 3-point shots.”

In addition to making clutch plays, Hall also has a high level of basketball IQ as well.

Hall has excellent basketball awareness that puts him in position to thrive.

“Two things come to mind when thinking about how Zaimes uses his IQ on the court. The first is how he uses cleverness to get his defender off balance. Zaimes will fake and fake and fake until he gets what he wants. He is super patience and hardly ever gets caught going out of control,” Owen said. “The second area is in understanding the game as a whole. He knows what teams are running and knows quickly what we as a team and him as an individual needs to do to in order for us to succeed.”

Hall is on the grind to perfect and hone his craft in any way possible.

“Zaimes Hall will never be outworked. He is constantly in the gym before school and after shooting or working out,” Owen said. “He is always searching for things he can do that will help him become a better player. No stone is left unturned.”

Owen explains why he compares Hall to this future Hall of Famer.

“Zaimes is a great shooter. He is always shooting. He is also very crafty and uses deception and fakes more than almost all others. He enjoys the game and the competition,” Owen said. “When you consider those 3 things I think the obvious comparison is to Steph Curry.”

Hall patterns his mentality after the three-time NBA champion.

“I look up to Stephen Curry because he is a great leader and he shows how a great point guard should play,” Hall said.

Hall is constantly striving for greatness in everything that he does.

“My goal is to always be Christian-like to everyone I see so maybe I can tell them about the gospel,” Hall said.

Hall lists history as his favorite subject in school.

“I just find the history of the world very interesting,” Hall said.

Owen outlines the areas of improvement that will take Hall to the next level.

“The only area I’d point to with Zaimes where he needs to improve is in the physical side of the game. He is a slighter frame and naturally skinny,” Owen said. “He has been working hard in the weight room and is already seeing results. His hard work will pay off in time and he is only a junior.”

Owen believes the sky is the limit as long as Hall continues to stay hungry.

“Zaimes is definitely going to play ball at the next level somewhere. His attention to detail in every aspect of the game is what separates him from a lot of his peers and it is vital to success after high school,” Owen said. “He understands the game at a high level and once you get to the next level you have to understand what is going on.”